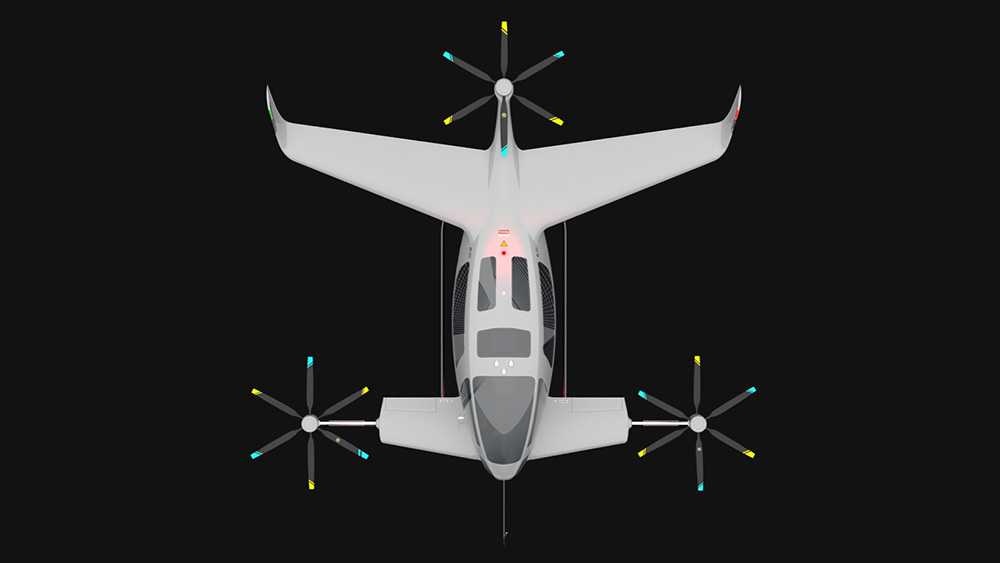 A UK startup has just released a redesigned six-seat eVTOL that it plans to start flying next year. Autonomous Flight revamped its initial two-seat Y6S design into a larger-cabin all-electric aircraft called, appropriately, the Y6SPlus. The aircraft will have a range of 80 nautical miles, with speeds of up to 125 mph.

The larger cabin is different from other electric vertical takeoff and landing aircraft on the market, and Autonomous Flight says the “Y” configuration saves weight and reduces complexity.  There are two sets of twin rotors on the canard, and a third on the tail. Six motors drive the rotors.

Powered by lithium-ion batteries, the Y6SPlus will be flown by a single pilot at first, but will eventually be a fully autonomous eVTOL. It will initially be used for air-taxi services, but Autonomous Flight expects it to have multiple uses going forward. The company said it will take just eight minutes to fly from lower Manhattan to JFK airport. The Y6SPlus will also have ballistic recovery parachutes for safety. The fuselage is built of composites, with a crash cell incorporated into the design to protect the cabin.

The electric aircraft will have a pilot at first, but will eventually become autonomous.  Courtesy Autonomous Flight

Autonomous Flight’s new design shows the ongoing innovation in the sector, one of many advances the eVTOL segment has seen in the last two years. “This past year saw continued growth and progress in eVTOL developments,” said Mike Hirschberg, executive director of the Vertical Flight Society, the association that represents the growing eVTOL movement. “Our members in industry, academia and government agencies around the world have been tackling the toughest challenges in vertical flight, proving out the promise of this new approach to air mobility.”

Hirschberg said that nearly 250 companies around the world have been involved with eVTOL development, and more than 400 concepts have been catalogued by his association. Of those, about two dozen are now flying full-scale multi-passenger eVTOL aircraft. Four or five companies look to pull ahead of the rest.

Companies spent about $1 billion in research and development in 2020, and Hirschberg expects that to continue through 2021. A report by Morgan Stanley estimates the market will be worth $1.5 trillion by 2040.