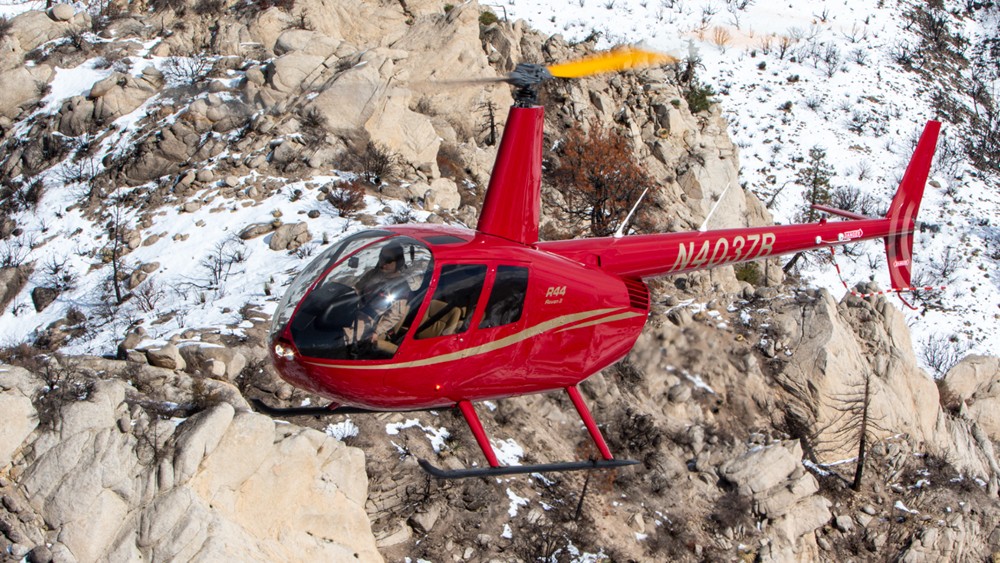 A Robinson 44 helicopter powered by electric motors successfully flew for the first time earlier this week in California.

Tier 1 Engineering flew the helicopter powered by a magniX electric propulsion unit. Tier 1 is developing the electric helicopter for Lung Biotechnology PBC, a biotech company that’s working to address the shortage of transplantable organs in the US.

While several other helicopters have flown with electric motors in the last decade, this converted Robinson eR-44 could represent the world’s first commercially viable electric helicopter. Lung Biotechnology eventually plans to have a fleet of electric aircraft delivering organs to hospitals.

This eR-44, which flew this week with electric motors, could be the first of a fleet of electric rotorcraft to transport organs to hospitals.  Courtesy magniX

Tier 1 is working with the FAA Certification Office in Los Angeles on the eR-44 project to obtain a Supplemental Type Certificate.

California-based Robinson has delivered more than 13,000 helicopters since the company was launched in 1973.

Several other firms have introduced electric helicopters in the last decade. Sikorsky announced the Firefly as a technology demonstrator in 2010, calling it the world’s first “all-electric” helicopter. It was built from a modified S-300C. The helicopter manufacturer eventually discontinued work on it.

Piasaecki is also modifying a Co-AX 20 by powering it with a hydrogen fuel cell.  Courtesy PIAC

More recently, Piasecki Aircraft Corp. (PIAC) announced that it was developing the world’s first hydrogen-powered helicopter. According to PIAC, the hydrogen version of the German-designed CoAX-2D will consist of a battery, hydrogen tank, power inverter, electric motor, computer controller, four cooling fans and an oxygen tank. It did not give a timeline but said that tests were ongoing.

Tier 1 Engineering president Glen Dromgoole said the “historic” first flight of the eR-44 this week was an important step towards obtaining aircraft certification. “We are excited to expand the flight tests to greater distances and demonstrate safe, reliable all-electric flight,” said Dromgoole in the statement.