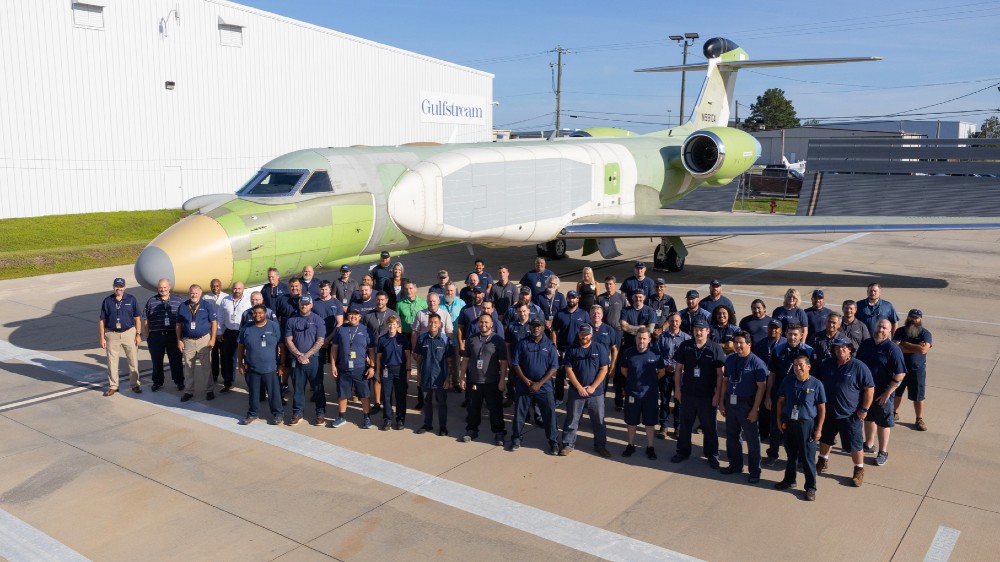 Business-jet makers have recently delivered modified aircraft to the US Air Force as well as the militaries of its allies. Instead of plush interiors with flawless wood, leather seats and big entertainment centers, the interiors are filled with high-tech equipment for jamming enemy communications on the battlefield.

It’s a fast-growing niche that could make at least some business jets an integral feature of national defense, thanks in part to the high speeds, long ranges and high-altitude capabilities developed for the corporate traveler.

Some airframe manufacturers have been in military for decades. Dassault Aviation established its presence in defense in 1964, and some of its business jets, such as the new Falcon 10X, have avionics in the cockpit derived from its Rapale fighter jets.

But others, like Bombardier, are ramping up its military presence with modifications to its business jets. A Bombardier Global 6000 was recently delivered to the US Air Force’s Battlefield Airborne Communications Node (BACN) program, according to AV.web. The aircraft is the first of six special-mission 6000s from Bombardier’s Defense division, based in Wichita, Kansas. “We are proud to be able to showcase the versatility of our Global business jets and our expertise here in the U.S. to support the type of high-altitude, endurance missions required by the elite BACN program,” said Steve Patrick, Bombardier Defense vice president, in a statement. The US Air Force has named the aircraft model the E-11A. It will be used as a high-altitude communications gateway.

The Savannah-based airframe maker said it’s the third modified G550 that has gone to the US Air Force. It’s part of that branch’s “next-generation tactical jammer aircraft program,” according to Flying. It has electromagnetic warfare equipment from BAE Systems and L3Harris.

The Gulfstream Compass Call is slated to replace the C-130 Hercules-based EC-130H Compass Call, in service since the early 1980s. The EC-378 is designed to disrupt enemy command and control communications to restrict battlefield communication. The US Air Force order includes ten of the aircraft, with five scheduled to be delivered next year.

“The G550 platform has increased speed, endurance, and extended stand-off range over the legacy EC-130H aircraft—providing significantly improved survivability,” said one of Gulfstream’s partners, L3Harris, in a statement.

The changing geopolitical situation has prompted defense services to look outside of conventional military aircraft. “We’re going to be growing our defense business quite significantly,” Bombardier CEO Éric Martel recently told the Globe & Mail. “There is a lot of interest right now in our product.”

Martel said Bombardier typically completes three to six specialized government aircraft annually, a fraction of the 120 business jets it delivered last year. He expects that defense projects could grow to at least 10 percent of its overall business.