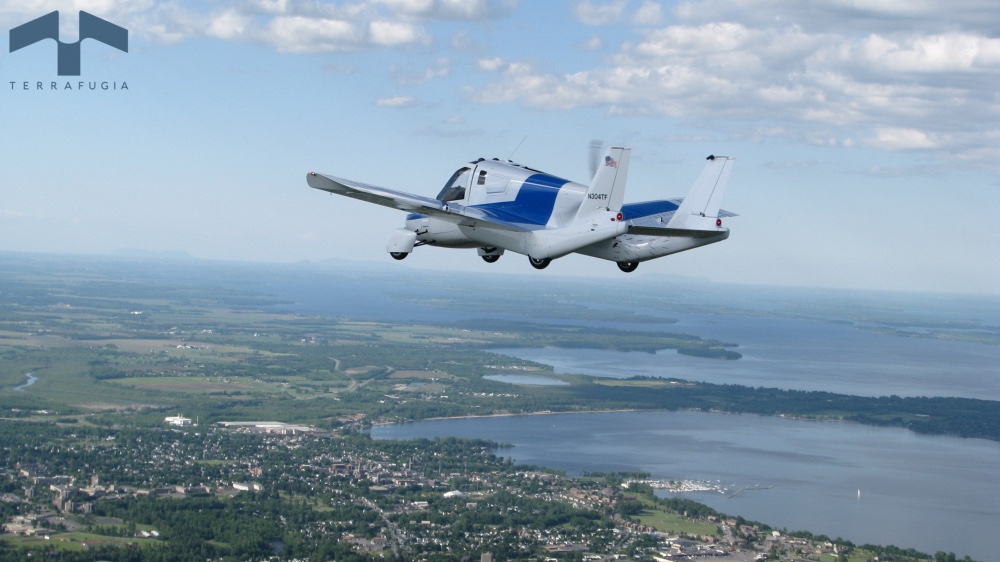 The conversation about cool, futuristic aircraft has been dominated by eVTOLs—electric vertical takeoff and landing aircraft. The coverage is appropriate, considering their potential to transform urban transit. But while most aviation watchers have been chatting about those battery-powered heli-planes, another type of street vehicle is moving into the skies.

“Roadable aircraft” have long been the province of cartoons like Meet the Jetsons or movies like Transformers, but at least one U.S. state is preparing itself to make these convertible flying machines street legal. Last week, New Hampshire passed what it called “The Jetsons Bill,” becoming the first state to legalize flying cars, which could spur others to do the same and stimulate sales and production.

“This law was necessary to enable sales. It will certainly boost those sales, too,” said Kevin Coburn, vice president and general manager at Terrafugia, a Chinese-owned company based in Massachusetts that is selling a roadable vehicle called the Transition. Two other companies looking to break into the U.S. market are Oregon-based Samson Sky, with its Switchblade, and the Dutch company PAL-V, which builds the Liberty.

The Switchblade is one of several new flying cars competing to become the next transportation alternative.  Samson Sky

The benefits of such vehicles include eliminating the cost and inconvenience of hangar storage, the need for costly aviation fuel, and the hassle of flying into smaller airports with no rental cars on site. “The Transition was designed to fit in a single-car garage,” Coburn told Robb Report, “so the primary benefit of being able to store the vehicle in your garage, warm it up as you drive to the airport, fill up the gas tank at any corner station, and arrive at the departure airport with a warm engine, full fuel tank, and bags already in the vehicle, is time savings.”

In the New Hampshire law, roadable aircraft will require a pilot’s license, a tail number and have to abide by FAA standards and inspections, but they will not have to undergo separate road inspections. Also, they can only take off and land at airports.

In general, the three craft will offer highway-level performance on the roads and fly at speeds between 100 and 200 mph, with ranges somewhere between 400 and 500 miles. None of the three are yet in production, but with a toehold firmly established in the Granite State, the future looks more solid. “I think in late 2021 we’ll have some things to talk about and there’ll be some movement,” says Coburn. “I can’t say anything for sure yet, but we’re much less than 10 years away.”