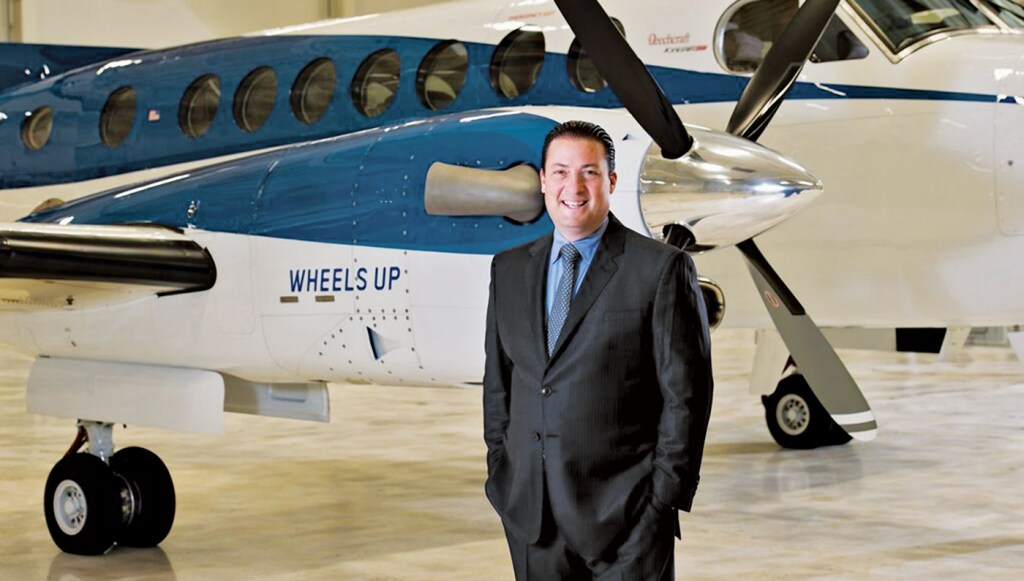 Founder and CEO, Wheels Up

Kenny Dichter founded the membership-based private-flight provider Wheels Up three years ago, more than a decade after he established Marquis Jet and introduced the jet card business model to private aviation. Marquis Jet, which offered flights on aircraft in the NetJets fleet, was acquired by NetJets in 2010. Dichter’s other ventures have ranged from a premium tequila brand (Tequila Avión) to a golf-membership program that offers access to private country clubs (Tour GCX Partners).  —SHAUN TOLSON

I had the advantage of learning this business directly from [NetJets founder] Richard Santulli—he’s really the founder of our whole industry. I made a handshake agreement with him in 2001 and started Marquis Jet with my partners. That was my first foray into private aviation. By selling private jet travel in 25-hour increments—on a prepaid card similar to a Starbucks card—Marquis Jet broadened the market for private aviation.

When my partners and I started Wheels Up in 2013, the cost to fly privately via the existing fractional and jet card programs was $8,000 or $9,000 per hour. With those rates, the private-flight providers were ignoring the entry level of the market. We wanted to broaden the base of the pyramid one more time and in a bigger way, so we launched Wheels Up with a $1.4 billion commitment to a fleet of 105 new Beechcraft King Air 350i aircraft [an eight-passenger turboprop] and created a tiered membership model that allows our members to fly for as little as $3,950 per hour.

We want the Wheels Up experience to not only save time for our members but also enrich their lives, which is why we offer exclusive events and experiences through our Wheels Down program. We want to make sure that we’re building a special relationship with our customers both in the air and on the ground.

Because time is the most valuable commodity in people’s lives, the next 10 to 20 years are going to be the heyday of private aviation and private jet travel. I believe that the number of players in the private-aviation space will double in the next five years and triple in the next 10 years. Most of that growth is at the entry level, and technology is enabling more people to get into that space and share access and rides. It’s no longer about one person in a Gulfstream G650 going to Europe for a business meeting. Now it’s about eight people in a King Air going to Coachella. We’re at the dawn of social aviation.