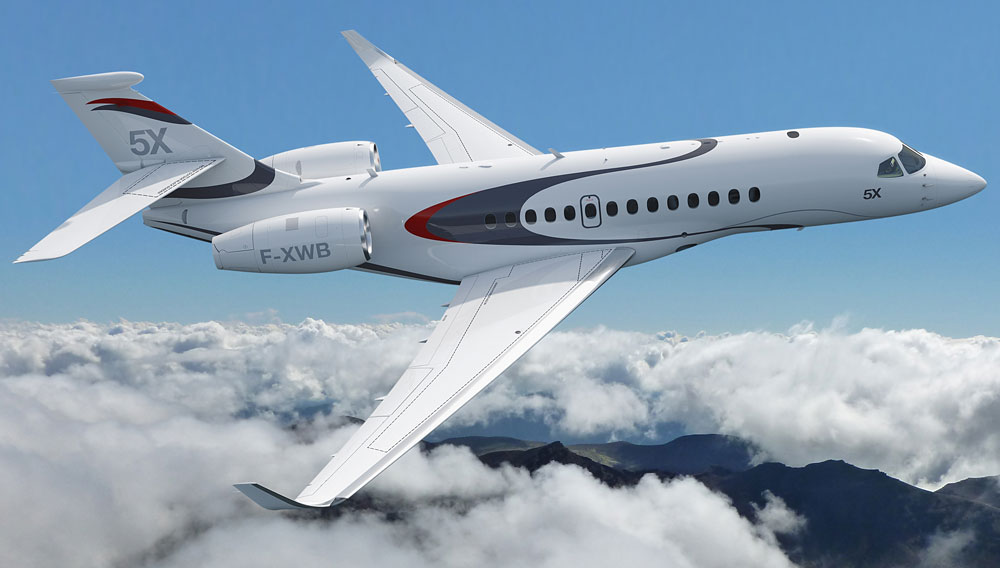 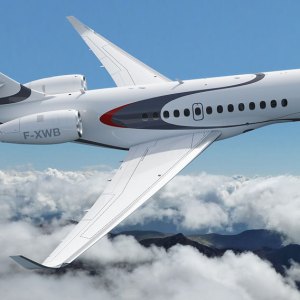 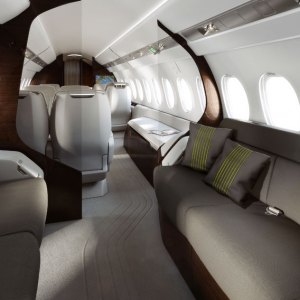 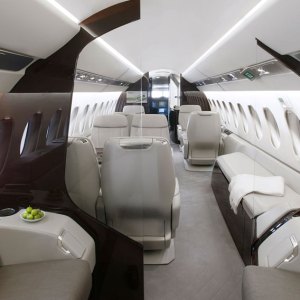 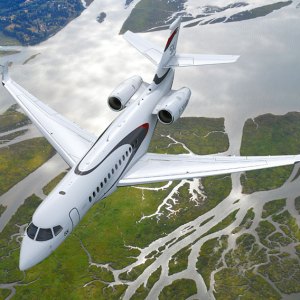 Jet manufacturers unveiled a series of competitive new products, advanced technologies, and updated designs last month in Las Vegas at the annual conference of the National Business Aviation Association. Buyers were courted with bigger cabins, new engines that deliver more power while burning less fuel, and continuing evolution in cabin amenities that create a more comfortable, quiet, productive travel experience. Those in search of a small jet to suit owner-operators also found a new option with the debut of the factory-new twin-engine Eclipse 550.

Falcon introduced the all-new 5X (www.dassaultfalcon.com/en/aircraft/models/5x/pages/overview.aspx), with the biggest cabin in its line of executive jets. The 5X, which sells for $45 million for the first 40 aircraft, offers 1,770 cubic feet of cabin volume with 6.5 feet of headroom, big windows, and even a skylight above the galley area. The brand-new Snecma Silvercrest engines promise to burn 10 to 15 percent less fuel than other engines in their class. A range of 5,200 nautical miles, a top speed of about 685 mph (Mach 0.9), low noise, and a maximum cabin altitude of 3,900 feet while the aircraft is at 41,000 feet provide comfort and utility for eight to 16 passengers.

Embraer announced a new version of the Lineage 1000, its largest executive jet. The 1000E (www.embraerexecutivejets.com/en-us/jets/lineage-1000E/pages/overview.aspx) will add an extra 230 miles of range, for flights up to 5,300 miles with eight passengers on board. A new interior design for the cabin, which seats up to 19 in five zones, features new seats with electronic controls, enhanced ergonomics, an updated galley design, and improved acoustics. In the cockpit, an optional auto-landing feature, which has been in use for five years on Embraer’s commercial fleet, delivers smooth, soft landings even in gusty conditions and reduces pilot workload. Embraer has not yet announced a price for the new airplane.

The fractional-ownership provider Flexjet (www.flexjet.comhttp://businessaircraft.bombardier.com/en/aircraft/learjet/learjet85.html), adding to a firm order of 30 copies placed the month before. The price for each jet is about $21 million. Flexjet’s president, Deanna White, says anticipation is high among her customers: “We have already sold 68 shares to those eager to be the first to fly on the new jet.” Deliveries of the all-new jet are expected to start in the fall of 2014. Flexjet will be the launch customer for the fleet.

The new Citation Latitude midsize business jet (www.cessna.com/citation/latitude) is on schedule for its first flight early next year, according to the Cessna Aircraft Company. The expected range for the airplane has been extended by about 230 miles to almost 2,900 miles. Features in the new airplane will include a roomy stand-up cabin, nearly 77 inches wide and 21 feet long, with a flat floor. The first flight of the jet is expected early next year, with deliveries to start in 2015. The jet seats eight and costs about $16.25 million.

For owner-operators in search of a small, efficient jet, Eclipse Aerospace (www.eclipse.aero) has delivered the first all-factory-new copy of its 550 twinjet. Eclipse has been upgrading and servicing the fleet that was orphaned when the original manufacturer went bankrupt several years ago, and now has rebooted the production line in Albuquerque to produce and support all-new airplanes. The new version is updated with new weather and avionics gear, plus optional auto-throttles that can reduce the workload for a single pilot. The jet sells for $2.895 million.