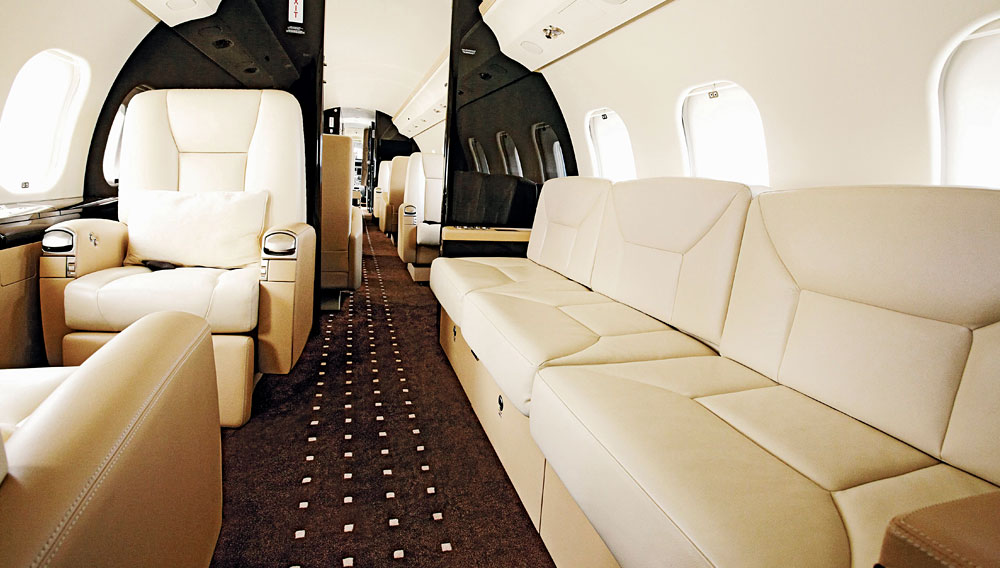 Kenn Ricci, a 30-year veteran of the private-aviation industry who founded Flight Options and is the principal of its parent company, Directional Aviation Capital, agrees with the widely held view that the industry’s recovery has been modest but nevertheless encouraging. “I think everybody hoped five years ago that 2013 would be significantly better than it is,” he says. “But it’s now the new normal, and we’ve gotten accustomed to it. And as new normals go, we’re seeing very good growth.”

Ricci has reason to be confident about the future of business aviation. In the last 18 months, service providers have signed purchase deals with aircraft manufacturers totaling tens of billions of dollars. NetJets, Flexjet, Flight Options, and Europe’s VistaJet are among the companies pumping enormous amounts of investment capital into their fleets (see “Flight Plans”). These aircraft orders, along with the strong demand for Gulfstream’s new business jets (see “Above and Beyond”), should keep manufacturers’ assembly lines rolling for the foreseeable future.

Though the Great Recession has presumedly passed, it continues to claim casualties. The Wichita, Kan.–based aircraft manufacturer Hawker Beechcraft shuttered its jet business (and the Hawker name with it); Cessna is closing the doors on its CitationAir fractional-share and jet-card programs; and the future of the fractional-share provider Avantair appears uncertain.

The exits of these businesses from the industry and the imminent departures of experienced pilots and other essential aviation personnel—who, thanks to the economic recovery, now may be able to afford to retire—could present concerns for flight-service customers and aircraft owners as they continue to invest in private travel. (See “Two Sides to the Story”.)

The first jet-powered private aircraft, from Lear Jet and Dassault, made their maiden flights 50 years ago (see “The Fathers of Modern Private Flight”), but the time may not be right to uncork the Champagne and celebrate the golden anniversary.And instead of rejoicing in a full-blown recovery, in this—our fourth annual Private Aviation Sourcebook—Robb Report’s writers, editors, and Private Aviation Advisory Board members are keeping seat belts fastened while the industry continues to normalize.We can, however, recline our seat backs, because the cruising altitude may not be as high as it once was, but the flight is smoother than it has been.