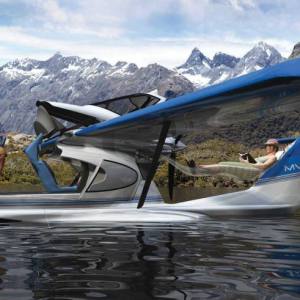 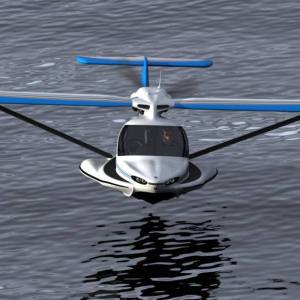 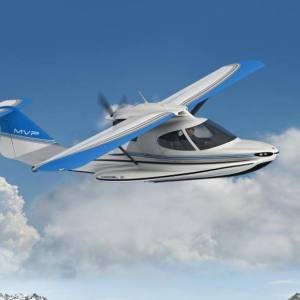 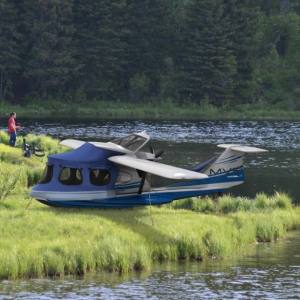 Amphibious seaplanes have long been popular for sport flying, offering access to waterways as well as airports, but a new design from the start-up MVP Aero promises to expand those capabilities, creating a more boatlike aircraft. The two-seat airplane—introduced as a full-scale mock-up at July’s EAA AirVenture Oshkosh, the world’s biggest aviation event—will offer a unique deck-like platform that pilots can use to cast for fish or pitch a tent, for example. The MVP—for “most versatile plane”—will be able to motor along in boat mode to a dock or a fishing spot, and the cockpit seats can be repositioned for fishing or relaxing. Many of the MVP’s features are the same as those offered by the forthcoming Icon A5 light sport aircraft. It will have sliding windows that can be opened during flight, and the company says it will be capable of landing on snow and ice, as well as on unpaved and traditional airfields. The MVP will come with a full airplane parachute as standard equipment, and folding wings to make it easy to store or to transport on a trailer.

MVP has partnered with Glasair Aviation, in Arlington, Wash., and Fibercraft, in Spruce Creek, Fla., to manufacture the aircraft. It expects to have a prototype flying in less than two years. First deliveries are likely at least five years away, although kits may be available sooner for those who want to build their own aircraft. The company is targeting a price of about $189,000 for the factory-built light sport aircraft. (www.mvp.aero)