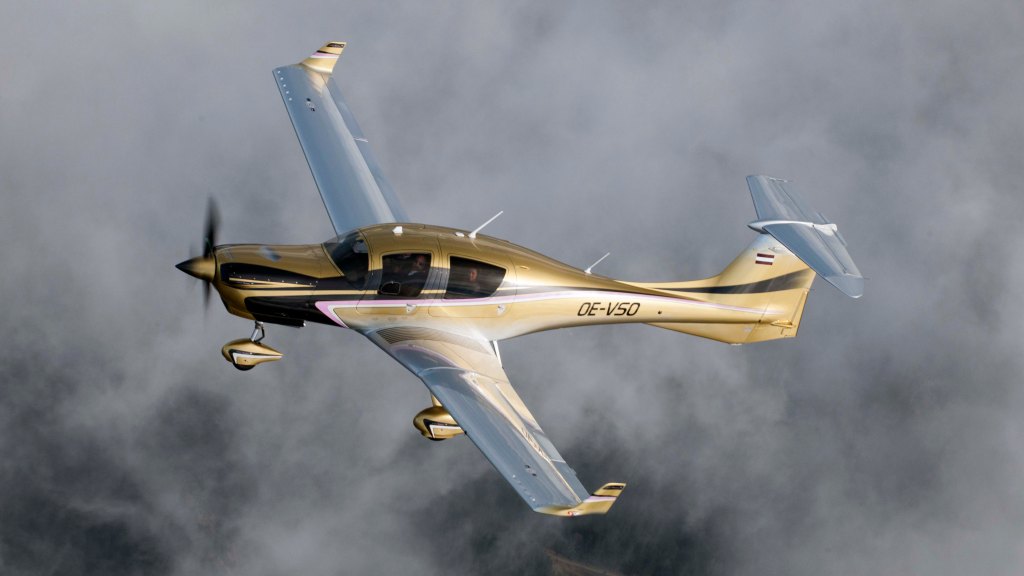 Diamond Aircraft surprised visitors at the Aero Friedrichshafen aviation show in Germany, in April, by unveiling three new versions of a high-performance single-engine airplane. The five-seat DA50-V prototype had flown for the first time just two weeks before the show. It will have the widest body and highest payload in its class, according to Diamond.

The DA50-V is powered by a 260 hp Safran/SMA engine that burns jet fuel at a rate of just 6.8 gallons per hour. During test flights, the prototype flew at 199 mph, and demonstrated a maximum range of 1,174 miles. The airplane can carry up to 1,256 pounds, the company said. The fuselage is constructed from carbon fiber, favored for its strength and light weight. The cockpit will be equipped with Garmin G1000 NXi avionics, featuring the GFC700 autopilot. Leather seats and chrome trim add to the sense of style and comfort in the cabin. 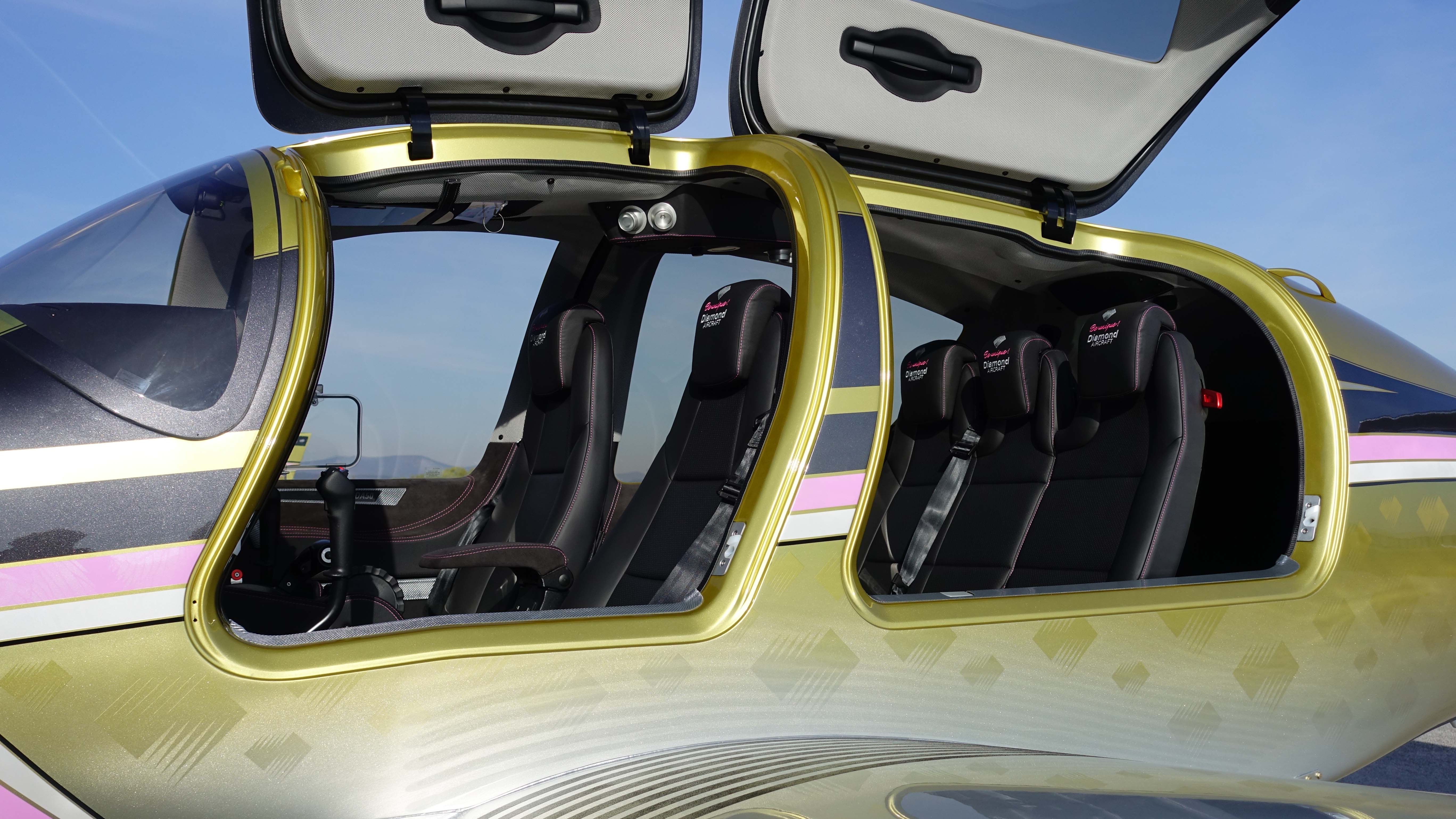 The DA50 will be available in three versions—the four-seat 230 hp DA50-IV, the five-seat DA50-V, and the seven-seat DA50-VII. The DA50-VII will be available with retractable gear and a Safran/SMA diesel engine, or as a turboprop, with the Ivchenko Progress/Motor Sich AI-450S turbine. Certification and start of production for the four- and five-seat models is expected next year, and the seven-seat version will follow soon thereafter, the company said. 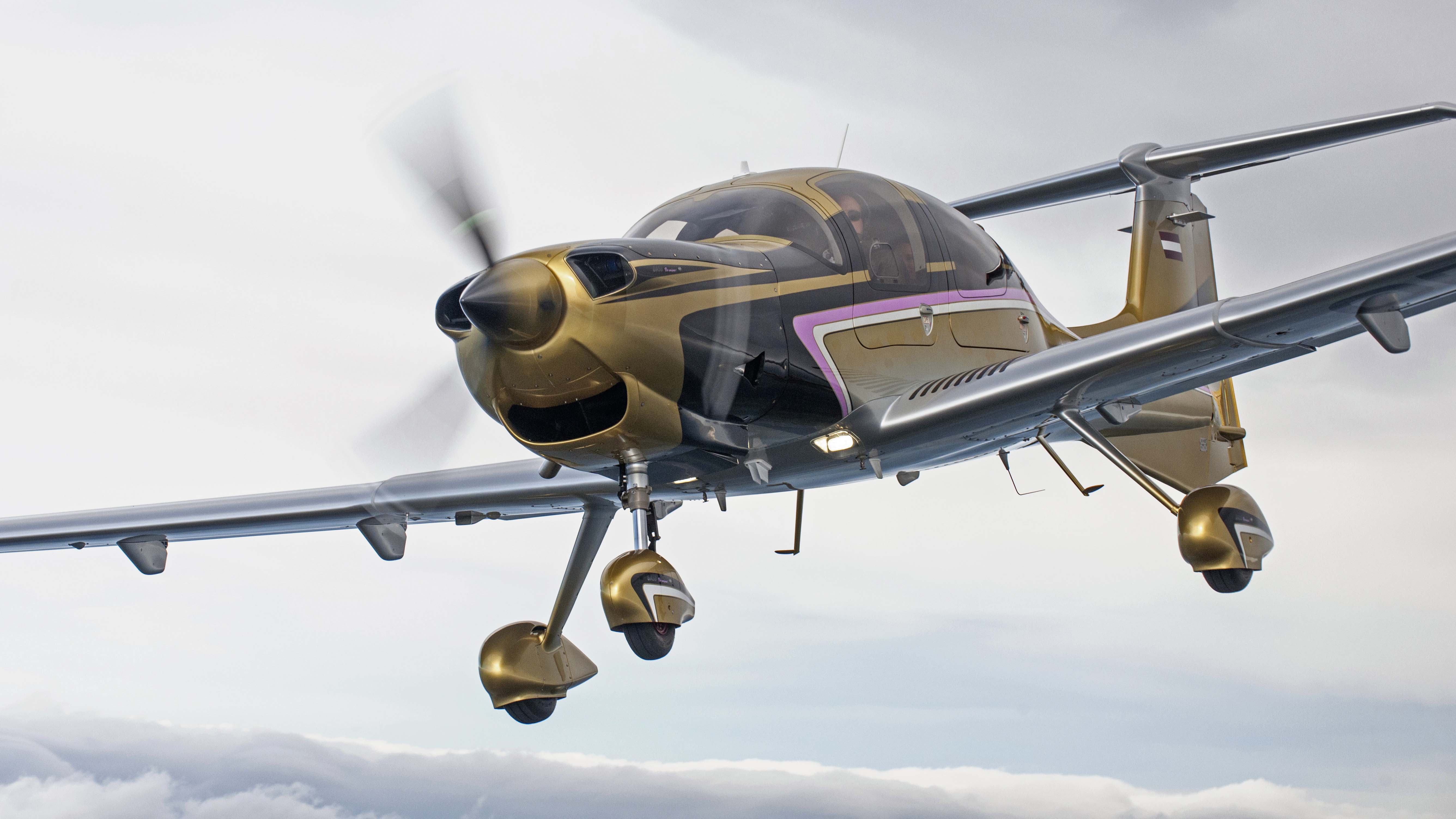 A custom paint scheme is available as an option, designed and airbrushed by Knud Tiroch, who is known for his work on Formula1 race cars in Europe. The company says it will announce prices for the new airplanes later this year. (diamond-air.at)