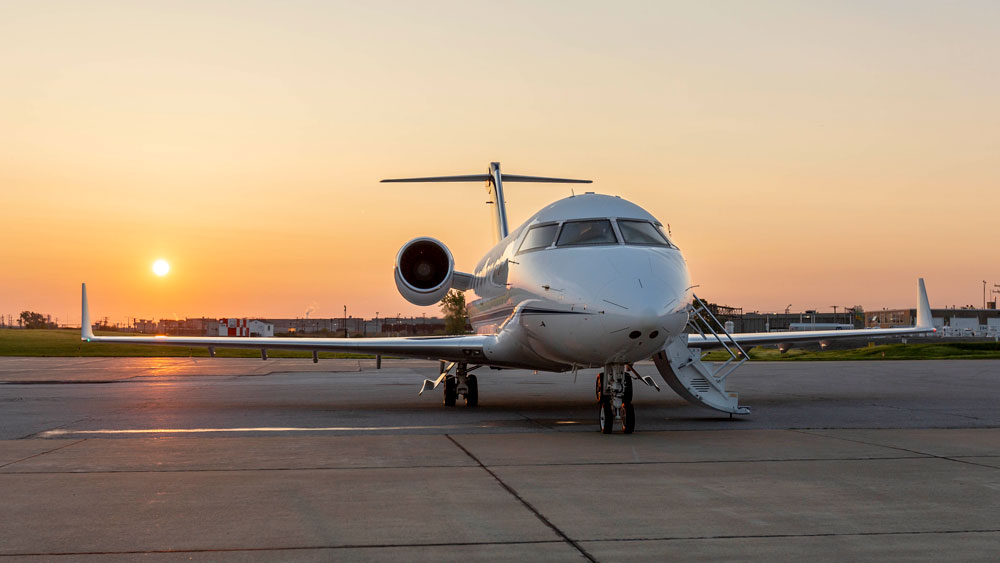 Nextant Aerospace, the Ohio company that since 2007 has been remanufacturing pre-owned aircraft so that they are even better than they were when brand new, is adding another offering to its lineup. Joining the three Nextant models that derive from the Beechcraft 400 light jet (the 400X, 400XTe and 400XTi) and the G90XT turboprop (a rebuilt Beechcraft King Air) is the large-cabin 604XT, a Bombardier Challenger 604 that will feature new avionics, a redesigned and customizable interior, and longer range.

“We specifically chose these aircraft [the Challenger, King Air, and 400] because of their pedigree, because of their ruggedness and reliability,” says Nextant director of sales Randy Znamenak. “And then through our remanufacturing process, we completely transform the airplanes. I like to call it transformational remanufacturing, where we introduce carefully selected technology, systems and materials.”

The Challenger 604, the successor to the 601 and the predecessor of the 605, was in production from 1996 to 2006, during which time Bombardier delivered close to 350 examples. Presently, Nextant is offering only the avionics upgrade to the 604. The new flight deck received FAA certification in November, and Nextant delivered the first Challenger equipped with it in December. The company will next seek certification of the interior upgrades and then the capability enhancements. It expects the certification processes to be completed within two years. At that point, Nextant will offer the 604XT as a turnkey aircraft, though it will continue to offer each of the upgrades à la carte.

The new avionics system is the Collins Pro Line Fusion, and its centerpiece is a 14.1-inch high-resolution touchscreen display. “The display enhances the situational awareness of the flight crew and reduces their workload,” says Steve Bruce, the program director for the 604XT.

By extending the Challenger’s wings and adding winglets, Nextant will raise the aircraft’s flight ceiling to 45,000 feet and its range to an estimated 5,200 (land) miles when carrying four passengers. “One of the less desirable characteristics of the 604 is its range,” says Nextant executive vice president Mark O’Donnell. “It’s a large-cabin aircraft, but it’s not a true intercontinental airplane, especially when you’re going west against the wind. It really can’t make it from Europe to the US without going up north for fuel. So we’re going to add 500 [nautical] miles of range, which would make it a true intercontinental airplane and very desirable to a lot of operators, especially those that cross the Atlantic regularly.”

In the 604XT cabin, which can accommodate from nine to 11 passengers depending on the configuration, Nextant plans to include, among other features, a new entertainment system, LED lighting throughout, and a redesigned interior shell that will allow more natural light into the interior. “One of the areas of the 604 that’s been a concern with some owners is that it has relatively small windows,” says Znamenak. “So we’re looking at different ways to make those windows appear larger, to enhance the window reveals from the shell.”

Nextant is owned by Directional Aviation Capital, the parent company of the fractional provider FlexJet, the flight-card company Sentient Jet, and, following a recent acquisition, the charter broker PrivateFly. Nextant’s siblings also include Constant Aviation, a company that refurbishes aircraft—Gulfstreams, Dassault Falcons and Bombardier Globals as well as Challengers. O’Donnell notes that Constant Aviation’s experience and expertise will come into play as Nextant determines the options available for the 604XT cabin.

The price of the Pro Line Fusion avionics is just over $1.1 million (installed). A turnkey 604XT—with a new interior and enhanced capabilities, plus the new flight deck—will depend greatly on the cost of the preowned aircraft that serves as the foundation and on the options and finishes that the buyer selects for the interior. “Assuming that you could purchase a 604 for around $4 million,” says Znamenak, “you’re looking at probably $6 million to $7 million out the door, depending on options and finishes.”