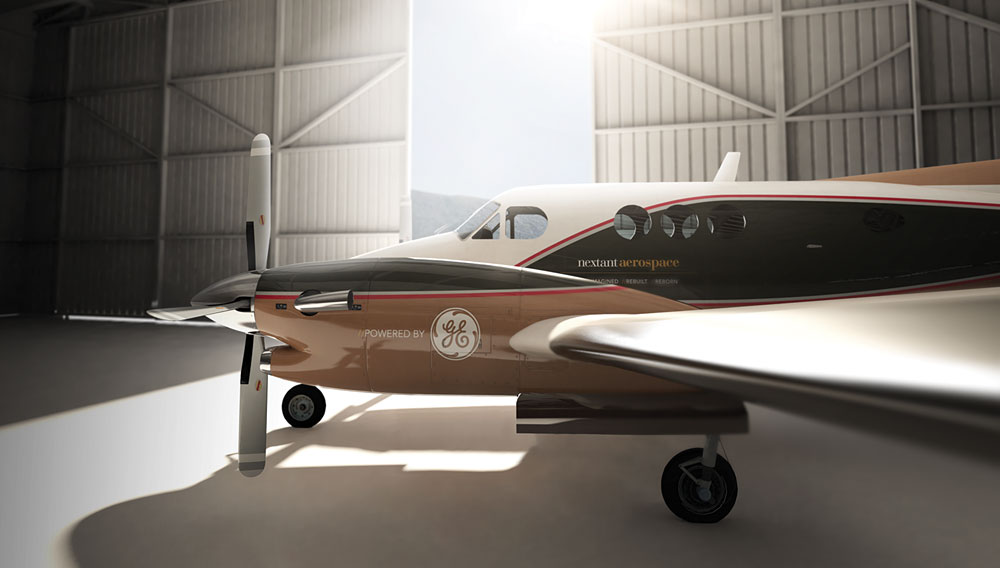 The Beechcraft King Air is among private aviation’s most tried-and-true turboprops, with roots of the Model 90 variant dating as far back as the early 1960s. Of Beechcraft’s current King Air models—350i, 350ER, 250, and C90GTx—the C90GTx is the smallest and least powerful, and according to members of Robb Report’s Private Aviation Advisory Board, it is also the least favored of the four as a business transport. (The King Air 350i and 250 have been named to Robb Report’s annual Best of the Best list for the last two years; board members cite those models’ higher levels of performance and cabin refinement as qualifying characteristics.) But with the recent announcement of the Nextant G90XT, this comparatively lowly King Air variant may soon be rising in the ranks of business aviation’s elite turboprops.

To produce the G90XT, Nextant essentially remanufactures existing King Air C90 aircraft—introduced by Beechcraft in the early 1970s—of which there are some 2,300 examples in operation. The Cleveland-based Nextant—a subsidiary of Directional Aviation Capital, which recently acquired the leading flight-service provider Flexjet—then replaces the engines with a pair of General Electric’s new H80 turboprop engines. This powerplant delivers higher output, reduces fuel burn, and requires less-frequent maintenance in addition to utilizing a new, more aerodynamic prop made especially for this model. Nextant also installs Garmin’s new three-screen, all-glass G1000 avionics suite and outfits the cabin with new leathers, woods, fabrics, and carpeting as well as the latest cabin technology. The cabin can seat as many as 11 passengers, though in most configurations it will seat three to five people.

Nextant has not yet disclosed performance figures for this model, but they will likely be similar to those of Beechcraft’s C90GTx, which cruises at 313 mph, has a ferry range of about 1,500 miles, and can take off from runways as short as 2,400 feet. While the Beechcraft C90GTx starts at about $3.8 million for a new aircraft, Nextant’s G90XT has a starting price of just $2.2 million, making it a viable option for many business owners. Nextant expects to deliver the first example in 2014. (www.nextantaerospace.com)