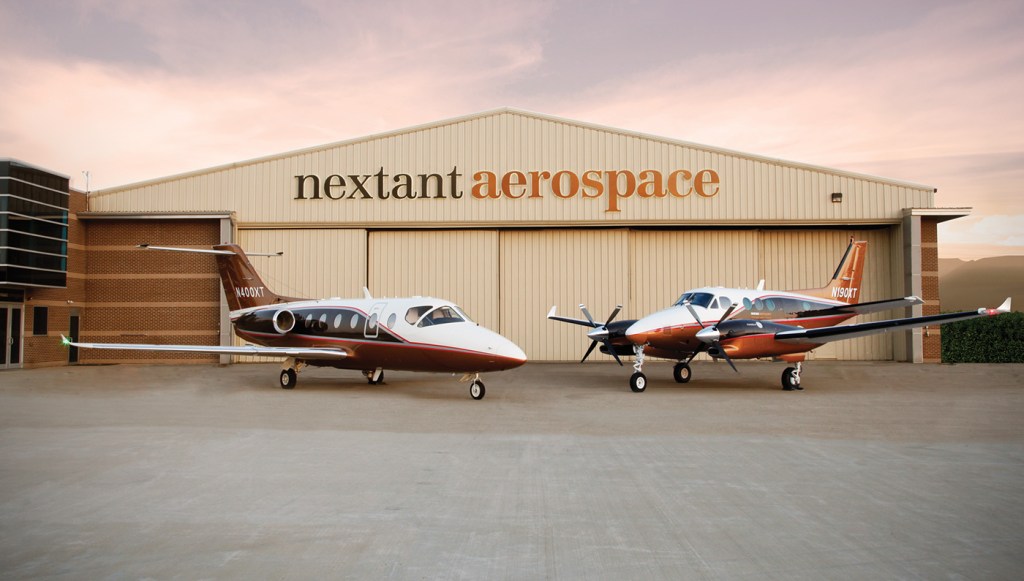 Nextant Aerospace launched in 2007 in Cleveland, Ohio, with an idea to create a new kind of personal airplane. Instead of designing and building a new jet from scratch, with all the associated expenses and headaches, Nextant bought up copies of an outdated Beechjet model and fixed it up with all-new engines, an upgraded cabin, and a state-of-the-art cockpit. The idea worked, taking form as the 400XTi business jet currently on the market. Now, the company has added a second line—the entry-level Nextant G90XT twin turboprop. The G90XT, based on Beechcraft’s popular King Air, is now fully FAA-certified and ready to deliver.

The airplane features two efficient, low-maintenance General Electric H75 engines, a new flight deck based on the Garmin G1000 glass-panel avionics suite, and a single-lever power control for both the engine and propeller that lowers pilot workload. The cabin is quieter than in the original King Air version, the company says. A premium cabin option features three roomy seats with a large “chairman’s workstation” and an onboard lavatory. Hardwoods and leather dress up the space, which measures 4 feet, 6 inches wide; 4 feet, 9 inches high; and just over 12.5 feet long. The G90XT cruises at about 322 mph for more than 1,400 miles nonstop. The airplane sells for about $2.7 million. (nextantaerospace.com)