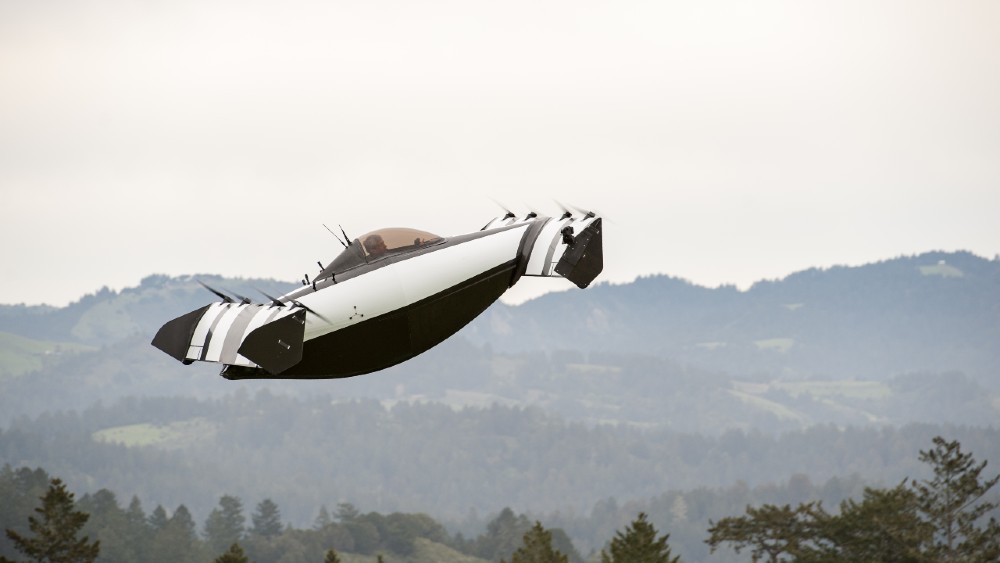 If some world organization ever creates an award for the strangest-looking, yet practical personal aerial vehicle, Opener’s Blackfly should capture the trophy. Blackfly last weekend performed for the crowds at AirVenture in Oshkosh, Wisc., competing against Volocopter to be named as the first piloted eVTOL at a public event.

The California company expects to sell up to 25 of its ultralight category, computer-operated aircraft before the end of this year. Its website says that when Blackfly goes into mass production, “it will [sell for] the price of an SUV.” Then it adds a slight disclaimer: “We are vague about the price so as not to overpromise.”

The aircraft resembles two boat hulls, one forming the bottom, the other inverted to form the top, with a bubble canopy in the middle for the single person Blackfly carries. Attached to the shell are two wings—one in front and the other at the rear—each holding four electrically powered propellers.

The aircraft’s computers can tilt the wings straight ahead, vertically, or anywhere in between, allowing Blackfly to operate like a traditional aircraft or helicopter. Surprisingly, Blackfly uses no wheels underneath. It simply touches down on the keel of the hull and lists to one side or the other until the winglet at the very tip of the airfoil settles to the ground.

Created for the US recreational sport-vehicle market, Blackfly operates under Part 103 of the federal air regulations. That comes with a few restrictions. As an ultralight, Blackfly can weigh no more than 254 pounds and may not be flown at night or anywhere near populated areas.

But Part 103 also has its advantages. Because Blackfly requires no pilot’s license, it’s considered a recreational sport vehicle that comes with an optional BRS parachute that can be operated at altitudes of less than 100 feet above the ground. That’s in case the redundant computers that control the machine should fail at the same time. The onboard computer even includes a return-to-home button, just like a drone, should the operator get lost. “We test Blackfly through a very wide flight-operating envelope, but then highly restrict what the computers will allow the aircraft to do,” said CEO Marcus Leng on EAA Radio.

Four generations of the Blackfly show its modifications over the last four years.  Courtesy Opener, LLC

Blackfly’s motors and batteries were all designed in house. “The proprietary propulsion system includes the most powerful motors in the world for their size,” Leng said.

Blackfly flew four times at Oshkosh. Each time, it took off, flew a few hundred yards over a grassy area between the runways, and then returned to the original spot, landing gently on its keel, before tilting to one side.