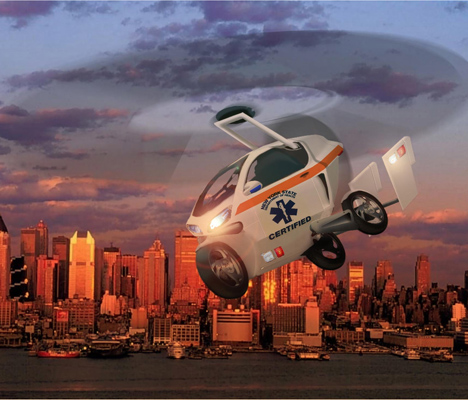 The Dutch company Carver got mixed reviews recently when it staged a “first flight” of its Personal Air and Land Vehicle (PAL-V) for a crowd of journalists and dignitaries. The aircraft that flew was a fairly ordinary sport gyrocopter, not the flashy tilting motorcycle/car with folding rotor blades depicted in animations on the company’s Web site. Nonetheless, the concept has won support, and local Dutch officials say they plan to buy the first batch off the assembly line for police patrols. The final version will zoom at up to 120 mph on the ground and cruise at 90 mph aloft, the company says, providing “fully integrated door-to-door transportation.” A sport pilot certificate would be required to fly it. Prices are to be announced in 2010, with deliveries starting a year later. (+31 648 313 667, www.pal-v.com)