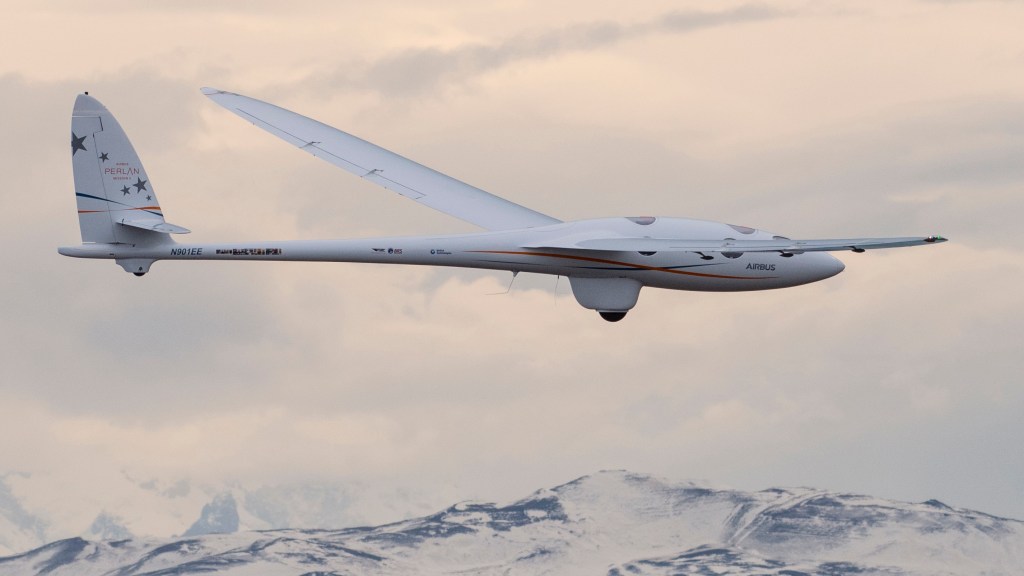 Flying in a glider, some pilots say, is the closest thing to flying like a bird—the aircraft, which has no engine, is towed off the runway by a powered aircraft, then disconnects and climbs currents of rising air to gain altitude. A team of designers and pilots, working in Argentina, now plan to fly a unique glider, Perlan 2, to an unprecedented 90,000 feet, the upper edge of the atmosphere. They searched across the world for the highest possible atmospheric wave to carry them aloft—and found it in Patagonia, where a jet stream collides with a mountain range. In September, they set a new world altitude record for gliders, reaching 52,172 feet. The Airbus Perlan Mission II team plans to return to Patagonia next year, and for as long as it takes, and keep flying until they reach 90,000 feet.

At those extreme altitudes, the thin air provides little support, so the Perlan 2 glider’s slim, graceful wings stretch 84 feet to make the most of every bit of lift. The lightweight glider has room for two in its tiny cabin, which is pressurized so the pilot and passenger don’t need to wear spacesuits. The cockpit also carries scientific gear and cameras so the pilots can record observations in their trips to altitudes that few ever visit.

The Perlan team, based in the U.S., has been working toward their goal for more than 10 years. They first set a record in the Perlan 1 glider, reaching 50,722 feet in 2006. That aircraft is now part of the collection at the Museum of Flight in Seattle. The team, now supported by Airbus with financing and technical expertise, aims to keep flying the Perlan 2, which cost more than $3 million to build. When they find the right winds to carry the glider to their ultimate 90,000-foot goal, at the edge of space, they’ll set a new record for any wing-borne aircraft, exceeding the altitudes reached by the U-2 and SR-71 spy planes, built by Lockheed during the Cold War.