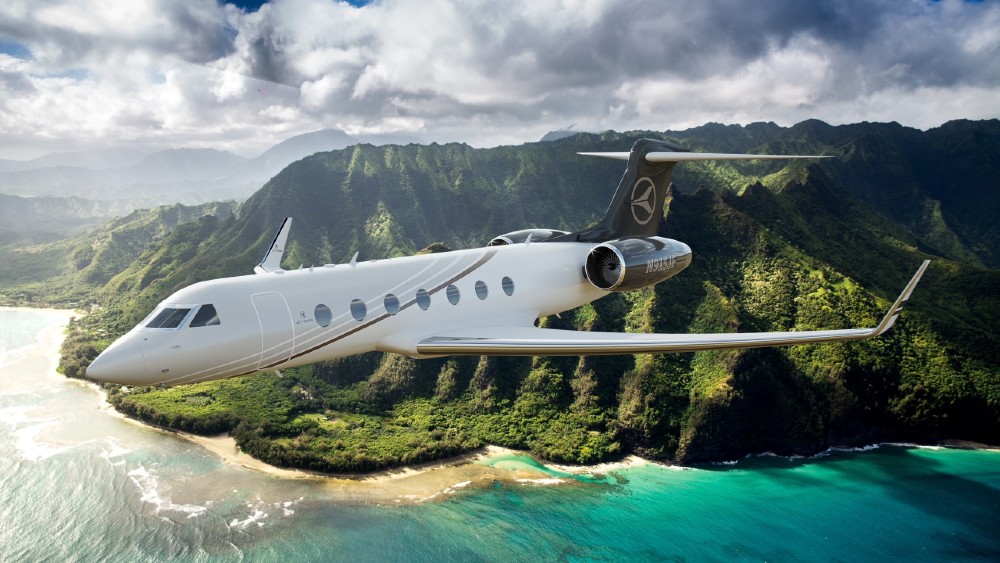 Business jet activity in June is surpassing pre-Covid levels and rising, according to WingX’s Global Market Tracker weekly report. The report shows that the business-jet sector logged more than 100,000 movements through the first half of June, exceeding June 2019’s numbers by 12 percent. Through June, use of private jets and turboprops are up 40 percent over the first half of 2020. At the same time, commercial airline schedules are 40 percent below pre-pandemic averages.

“The market is red hot right now,” Jonah Adler, Jet Edge’s chief commercial and marketing officer, told Robb Report. “It’s a combination of things that includes an increase in first-time fliers, high usage among charterers and jet owners. It’ll get even hotter once the business traveler returns in the fall.” Adler says the bulk of Jet Edge’s flights are going to vacation destinations in Mexico and the Caribbean, as well as summer hotspots like Aspen and the Hamptons.

VistaJet has seen a 15-percent increase in private-jet traffic from Miami to Teterboro’s executive airport, just outside New York City, compared to pre-pandemic 2019. Compare the same four-month period to the height of last year’s pandemic and this year’s flight numbers are 36 percent higher.

Newcomers to private aviation surged in the winter of of 2020, and they are still driving this summer’s record leisure travel.  Courtesy Sentient Jet

Leona Qi, president of VistaJet US, expects that number to increase in July as New York fully reopens. “We’re already seeing an influx of bookings,” she told Robb Report. “A lot of people are eager to travel because they’ve been cooped up for the last 16 months. We’re seeing a lot of interest for domestic flights, but I think we’ll see a surge in July for international travel since many airlines have cut routes.”

Parts of Florida are even seeing higher percentages of private flights, according to Private Jet Card Comparisons. The website reported that the Miami-Opa Locka Executive Airport is reporting a private-flight gains of 91.4 percent for the first three weeks of June, compared to the same pre-Covid period in 2019. Year-to-date, the flights from Opa Locka are up 53.4 percent, with 36,020 movements, or more than 200 per day. In Palm Beach, private-jet flights are up 42.1 percent year to date compared to 2019, and 66.8 percent through June 23.

The majority of travelers remain individuals and families traveling for leisure, following an influx of first-time fliers last year who saw private aviation as a potentially Covid-free way to travel.

“In a normal year, 65 percent of our business comes from returning customers,” says Andrew Collins, CEO of Sentient Jet, which reported $450 million in jet-card and charter sales in 2020. “Last year, that shifted to 60 and even 70 percent of business coming from new customers. We’re seeing that revert to more traditional levels, but bear in mind many returning customers were new customers just a few months ago. Their appetite for flying privately remains just as robust.”

Private flight, says Collins, has moved into a new phase. “It’s changed forever,” he says. “And it took a pandemic to do it. I haven’t seen anything like this in private aviation’s history.”

A report last year from the McKinsey Group said that private aviation had about 200,000 users at any given point. The market, said the report, is now closer to 2 million. Collins no longer refers to leisure v. business travel, but a hybrid that he calls “personal” travel. “It’s taken on a new meaning—clients may now travel to check out business interests at a second location or home. Personal travel cuts a much wider swath,” he adds.

“All signs are pointing to a record month,” says Anthony Tivnan, president of Magellan Jets. “Leisure travel has remained at levels I’ve never seen since last November. There’s just been no seasonality to it. It’s like someone flipped a light switch.”

Wheels Up has also seen gains in leisure travel and expects a return of the business traveler in early fall. “Everything we’re seeing suggests it will resume as offices open up around September 1,” says Kenny Dichter, CEO. “We’ve been talking to travel departments and corporate customers and that seems to be the kickoff date.”

With such high aircraft usage for personal travel, and an influx of business fliers, some analysts expect demand to weigh heavily on the supply of available aircraft. “We’re seeing some of the tightest supply out there that I’ve seen,” says David McCown, president of Air Partner Americas. “Prices are going up with the number of new people who have come in.”

For an industry that has often struggled, that’s a good problem to have. “Even if just half of these new adopters stick around, it’ll be positive for the industry,” says McCown. “Twelve years ago, flying privately was frowned upon. That isn’t part of the discussion today. There seems to be a broader acceptance of spending your money for safety concerns.”