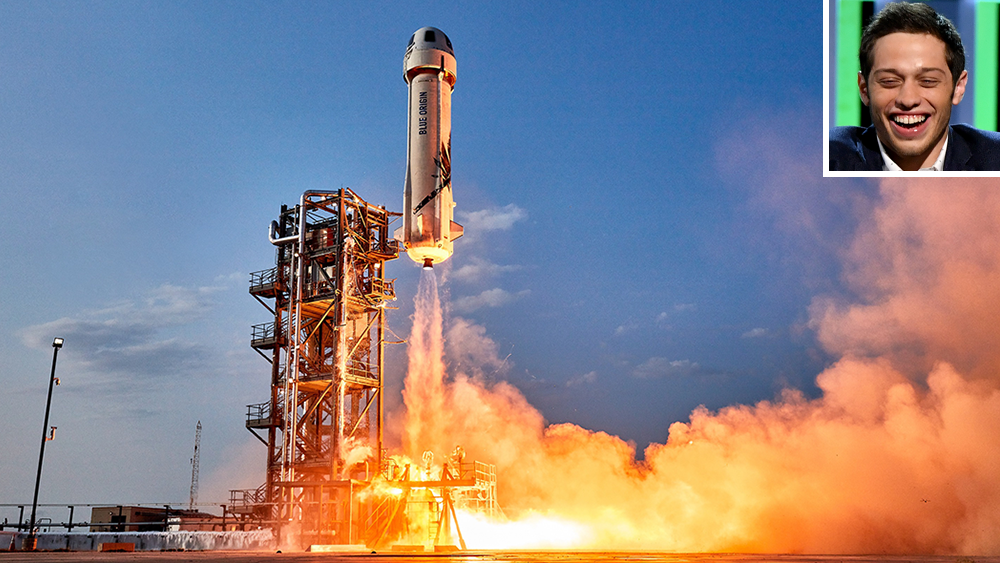 Pete Davidson is going from Staten Island to outer space.

The American actor and comedian, best known for his starring role on Saturday Night Live, will venture into space later this month with Blue Origin.

The private spaceflight company, which is helmed by billionaire Amazon founder Jeff Bezos, announced Monday that the 28-year-old A-Lister will be one of the six crew members aboard the upcoming NS-20 mission slated for March 23. This marks the fourth human flight for Blue Origin’s New Shepard program and the 20th flight in the program’s history.

Blue Origin says Davidson is an “honorary guest” on the mission, while every other crew member is a paying customer. He’s not the first celebrity to embark on a space mission to help promote Blue Origin, either. Last October, legendary 90-year-old actor William Shatner of Star Trek fame became the oldest person to reach space aboard a Blue Origin flight.

The SNL star will sit inside a capsule located on top of the New Shepard. The rocket will soar to the edge of space at an altitude of around 65 miles above Earth, before the two pieces separate and make their way safely back to the Texas launch site. While in space, Davidson and his fellow crew members will experience a few minutes of weightlessness along with extraordinary views of the globe below.

It turns out, Davidson is no stranger to big, expensive ships. He (and a consortium of fellow New Yorkers) recently paid $280,000 for a retired Staten Island Ferry. The 57-year-old hunk of junk is no match for a sophisticated rocket, though.

Liftoff is currently scheduled for 8:30 am CDT/1:30 pm UTC on March 23. You can watch live coverage of the launch via Blue Origin’s website.