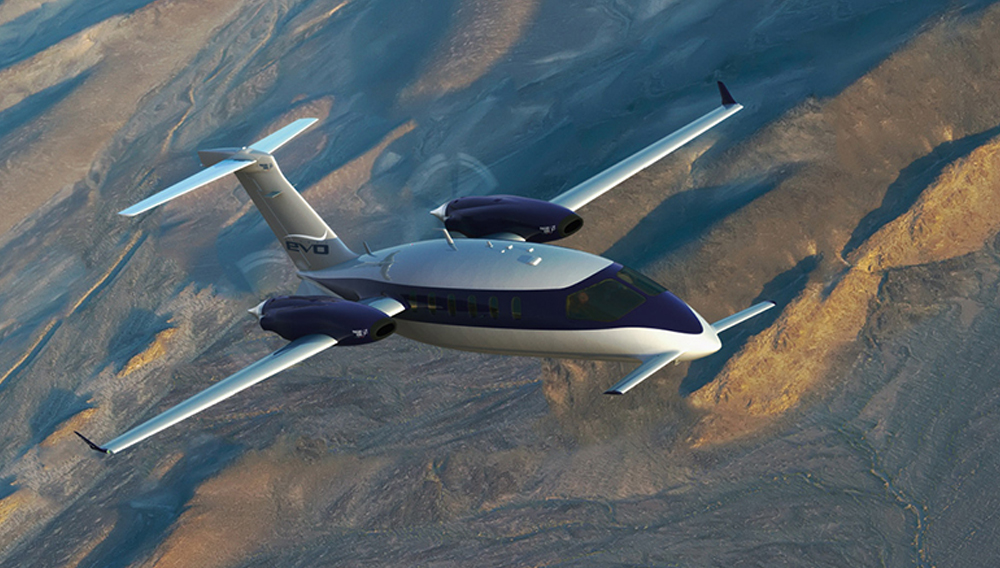 The distinctive Italian-built Piaggio Avanti II twin turboprop is now available in an all-new version, with a boost in performance plus a reduction in fuel costs and noise. The Piaggio Avanti EVO is the fastest twin turboprop in production, reaching speeds of up to 460 mph. New winglets and five-blade Hartzell scimitar propellers add efficiency, extending the plane’s range to 1,980 miles. The new propellers also help reduce cabin noise by 20 percent and external noise by 68 percent. A majority stake in the company, which has been producing versions of the plane since 1990, was acquired earlier this year by the Mubadala Development Company in Abu Dhabi. Besides investing in the EVO design, the new owners have beefed up the company’s global service and support network. In July at the Farnborough International Air Show outside of London, Piaggio received its first major order for the EVO, which debuted in May.

The aircraft features a roomy cabin for a turboprop—5 feet 9 inches high and 6 feet wide—and the cabin that will never feel like it is at an altitude greater than 6,600 feet; it will maintain sea-level pressure until the aircraft reaches 24,000 feet. The aircraft will seat as many as nine passengers in newly designed VIP seats finished by the luxury outfitter Poltrona Frau. New air-conditioning and lighting systems give passengers more control over their personal space. The EVO’s unique aerodynamics benefit from sleekly redesigned engine nacelles and a reshaped front wing. In the cockpit, which can be managed by a crew of one or two pilots, three large flight displays by Rockwell Collins power the avionics suite. Piaggio America provides sales and support from West Palm Beach, Fla. The price, fully equipped, is roughly $7.4 million. First delivery is scheduled for October. (www.avantievo.com)