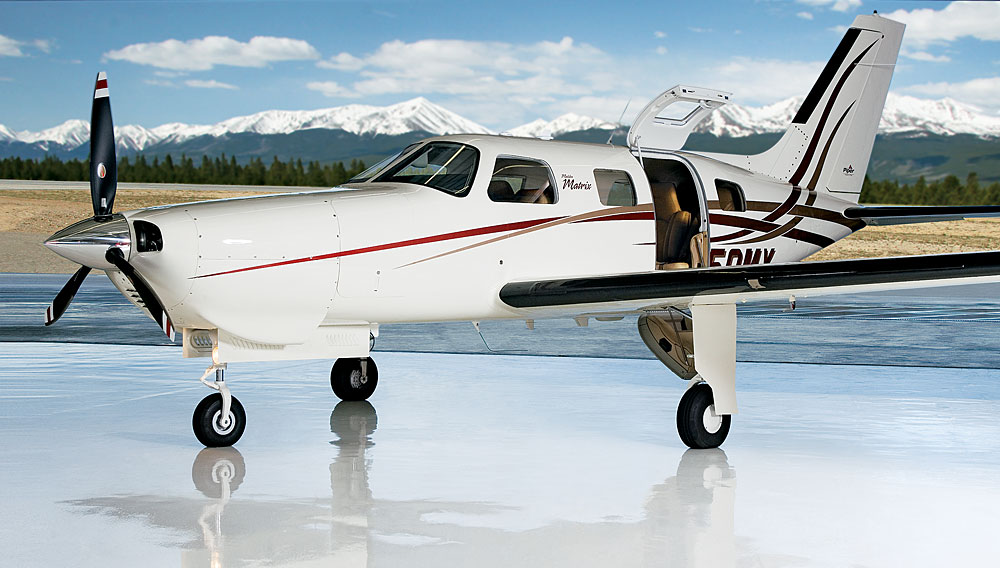 When introduced in 2007, the Piper Matrix (772.567.4361, www.newpiper.com) seemed an unlikely candidate to become the company’s best-selling model. The design is basically the same as that of Piper’s Malibu Mirage, which was first built in the late 1980s, but the Matrix has an unpressurized cabin and a smaller price tag. This combination, however, turned out to be just what the market had been waiting for. Buyers saw the airplane not as a step down from more expensive models but as an attractive step up from a basic four-seat piston aircraft.

The six-seat Matrix offers a cabin-class experience in the rear with an airstair door, a central aisle, and club seating for four. Eliminating pressurization translated to a lighter weight and, thus, fuel capacity for an extra hour of flight. These advantages have enabled the $819,000 Matrix to maintain its position as Piper’s best-selling aircraft.