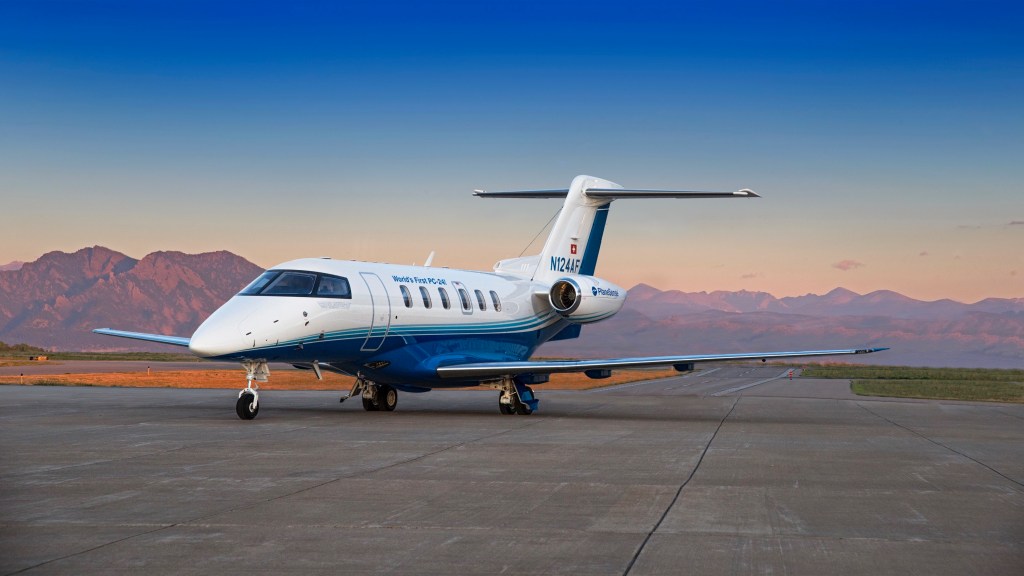 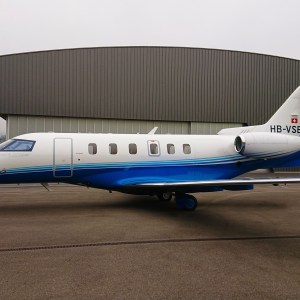 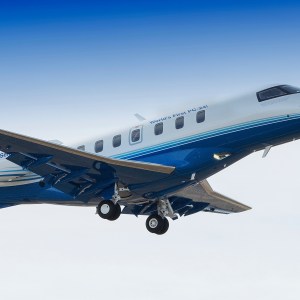 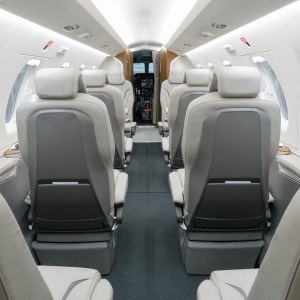 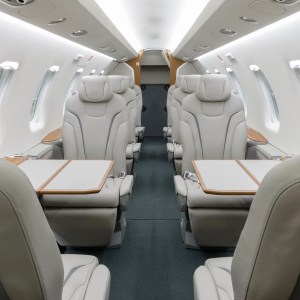 PlaneSense, a New Hampshire–based fractional aircraft ownership provider that has primarily operated turboprops, was the logical choice to become the launch customer for the Pilatus PC-24, the first jet from the 80-year-old Swiss manufacturer.

The two companies have been doing business with each other since 1995, when George Antoniadis acquired an example of the PC-12, Pilatus’s acclaimed turboprop, and launched PlaneSense. By the end of last year, PlaneSense had taken delivery of its 62nd PC-12. The company currently has 34 aircraft in what it says is the world’s largest civilian fleet of PC-12s.

The first PC-24 off the production line arrived at the PlaneSense headquarters in Portsmouth, N.H., on February 8 from Switzerland via Broomfield, Colo., home of the Pilatus U.S. facility. PlaneSense expects to take delivery of five more PC-24s by the end of 2019.

“Though the PC-12 continues to be the foundation of our company, over time, we have heard from our clients and our prospects that the jet would be useful in their palette of choices,” says Antoniadis, who is the president and CEO of PlaneSense as well as its founder. “Some people just straight out prefer to be in a jet, or some people need to cover longer distances more quickly.”

The PC-24 has a maximum cruising speed of just over 500 mph, compared to 328 mph for the PC-12 NG, the latest version of the PC-12. Its range is just under 1,900 miles (1,650 nautical miles) when carrying three passengers and two pilots. The aircraft requires only 2,690 feet of runway to take off and just 2,525 to land. And it’s designed to land smoothly even on unpaved runways, leading Pilatus to bill the aircraft as the world’s first SVJ: super versatile jet.

“The airplane feels very solid,” says Antoniadis, who has piloted the PC-24 and flown in it as a passenger. “The cabin is very quiet. It’s very roomy. The airplane has very good climbing capability. Reaching 45,000 feet is a non-issue. It is astonishingly nimble with short runways. It’s a delightful experience. It’s a joy to fly in.”

The PC-24 seats eight passengers (four in a club configuration) in a cabin that is 23 feet long, 5 feet 7 inches wide, and 5 feet 1 inch tall. As with the PC-12, the cargo area can be accessed from inside the cabin.

PlaneSense also operates four Nextant XTi jets, which are remanufactured Hawker/Beechjet 400s. “They’ve been very good in our fleet,” says Antoniadis, “and the purpose of adding them was to develop our jet program so that we have all the required authorizations, training, and actual on-the-job experience. We have flown hundreds and hundreds of client flights in our Nextant fleet.”

Antoniadis says the Nextants will remain in the PlaneSense fleet at least until the company has enough PC-24s to meet its customer demand for jets.

It is common practice for a manufacturer to deliver the early examples of a new model to a fractional company such as PlaneSense. The fractional provider will likely fly the aircraft more frequently than an individual owner would, enabling the manufacturer to receive plenty of early feedback about the aircraft and quickly work out any kinks, which are nearly inevitable with a clean-sheet design. “PlaneSense is a very good place to put into service the very first PC-24 because of all the know-how that resides within our organization,” says Antoniadis. “We will help smooth the introduction of this jet. A tremendous amount of feedback has come from us to improve the PC-12, and so we hope that we will similarly be a contributor to the further development of the PC-24.”

Four PlaneSense pilots have completed training and been certified to fly the PC-24. Seven more are expected to finish their training by the end of March. In addition, four PlaneSense mechanics are being trained by Pilatus to service the PC-24.