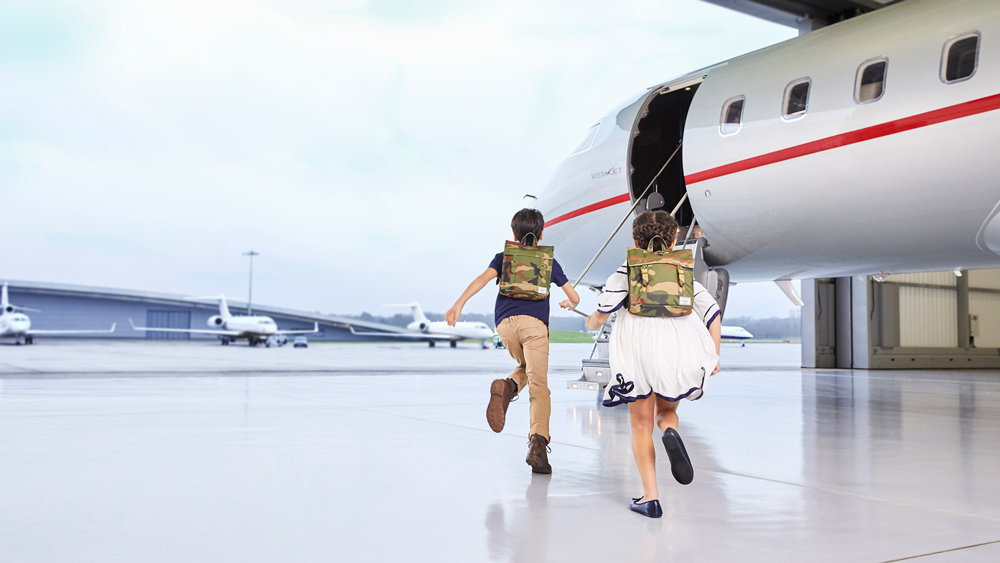 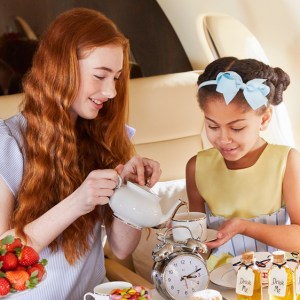 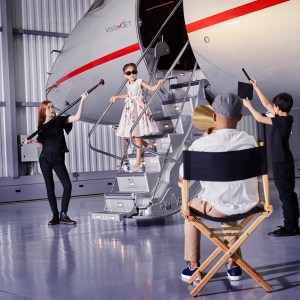 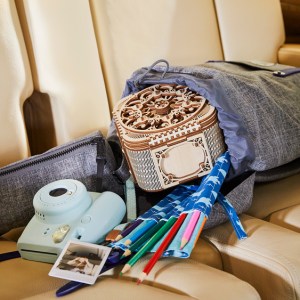 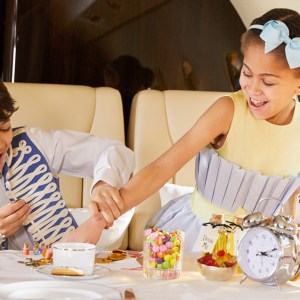 If you have young children and they’ve accompanied you on an airliner, you know how antsy they can get when confined to an aircraft cabin—no matter how much reading material or how many digital distractions they have at their disposal. It’s no different on a private jet, except that the kids won’t annoy other passengers—just you.

VistaJet, the London-based private-aviation provider that offers on-demand charter and membership programs, notes that one of every four of its flights in 2017 had a child on board but that only 10 percent of families fly with a nanny to tend to them. Those facts prompted the company to introduce a program that promises to keep kids engaged, if not enthralled, for the duration of a flight.

Adventures in the Sky features interactive entertainment and educational activities that can be tailored to suit children ranging in age from one to 16. The less-elaborate offerings include a series of illustrated sticker books; backpacks containing various gadgets, toys, games, maps, and activities related to the flight’s destination; and so-called family hampers filled with games and other activities in which you, your partner, the kids, and any other family members can participate.

The flights are staffed with attendants—VistaJet uses the term “cabin hostesses”—who know how to deal with kids: All of VistaJet’s cabin hostesses have taken coursework in children’s education and family dynamics at Norland College, a nanny school in Bath, England.

The centerpiece of Adventures in the Sky is a series of themed experiences or parties that VistaJet created in collaboration with Sharky & George, a London-based children’s party-planning company. The parties, which have a starting price of $4,000 (on top of the price of the flight) and can be customized, are hosted by actors or other members of the Sharky & George team. The Alice in Wonderland–inspired Alice in the Sky gives kids a chance to host a Mad Hatter’s tea party and craft giant pocket watches and kaleidoscopes. With the Secret Mission party, young passengers learn how to write and decrypt code, take fingerprints, and investigate a crime scene. And Movies in the Sky is designed for budding auteurs, who, instead of just watching an in-flight movie, can script, direct, and star in his or her own with the help of a Sharky & George–supplied film crew. Green-screen equipment is included, so while the screenwriter/director/actor may be confined to the jet’s cabin, his or her imagination won’t be.