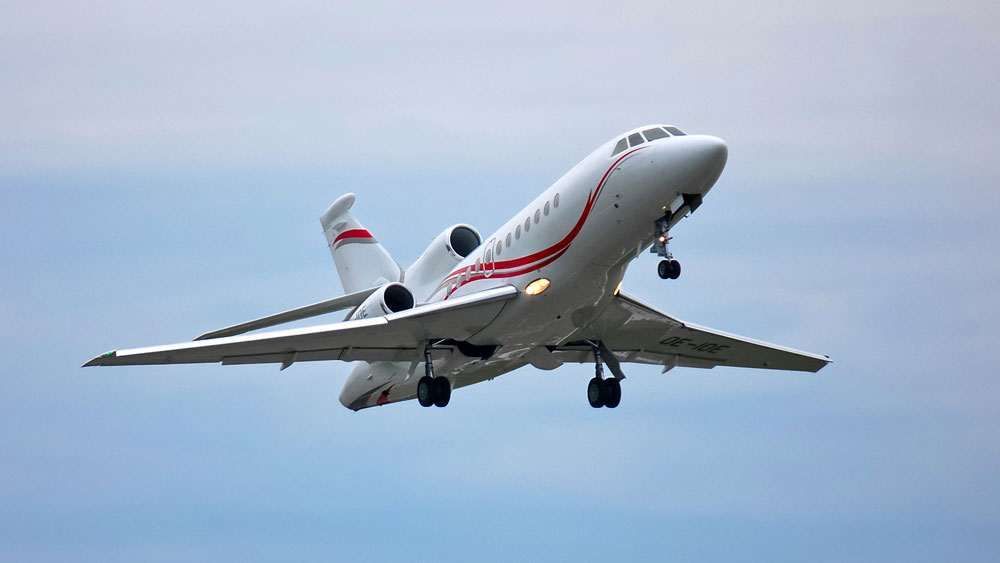 How do you hit all of the must-see spots in and around a country as expansive as Australia in just three weeks? It helps if you have a private jet, some helicopters, and a couple seaplanes at your disposal.

Touring Treasures, a boutique luxury travel company based in Australia, is offering a 21-day private-jet tour of the country that runs from September 3 through 22. The trip, dubbed Seamlessly Australia, is limited to eight people, and the cost is $94,000 per person. The price does not include transportation to and from Australia.

Seamlessly Australia will include nine flights aboard a Dassault Falcon 900EX, a longer-range version of the Falcon 900. The model entered service in 1996, preceding the even longer-range 900LX, which is currently in production. The 900EX can accommodate as many as 14 passengers in a cabin that is more than 33 feet long, 7 feet 8 inches wide, and 6 feet 1 inch tall.

The jet for the Seamlessly Australia trip, which is operated by the Australian charter company Adagold Aviation, has its cabin divided into three seating areas. One has two pairs of facing seats separated by the center aisle, another has two seats on either side of a table; the rear section is furnished with two three-place divans. Each divan can be converted into a bed.

The 900EX has a range of more than 5,000 miles and a cruising speed of 528 mph. That’s far more than enough range to cover each leg of the itinerary, and enough speed to ensure that you don’t waste any time getting from one part of Australia to another.

The journey begins with a three-day stay in Sydney that includes a helicopter tour of the Blue Mountains. From Sydney, the 900EX will take you to Canberra, home of the National Museum of Australia and the National Gallery of Australia, and then to Hobart. From there, you’ll fly in a helicopter to Freycinet and Wine Glass Bay on Tasmania’s east coast to see Tasmanian devils and visit an oyster farm. You’ll also take helicopter tours of Tasmania and a sightseeing cruise before the 900EX takes you back to Hobart for the start of two more weeks of adventures throughout Australia. These will include a tour of Kangaroo Island, a visit to a pearl farm aboard a seaplane, and a tour of the Great Barrier Reef aboard another seaplane.