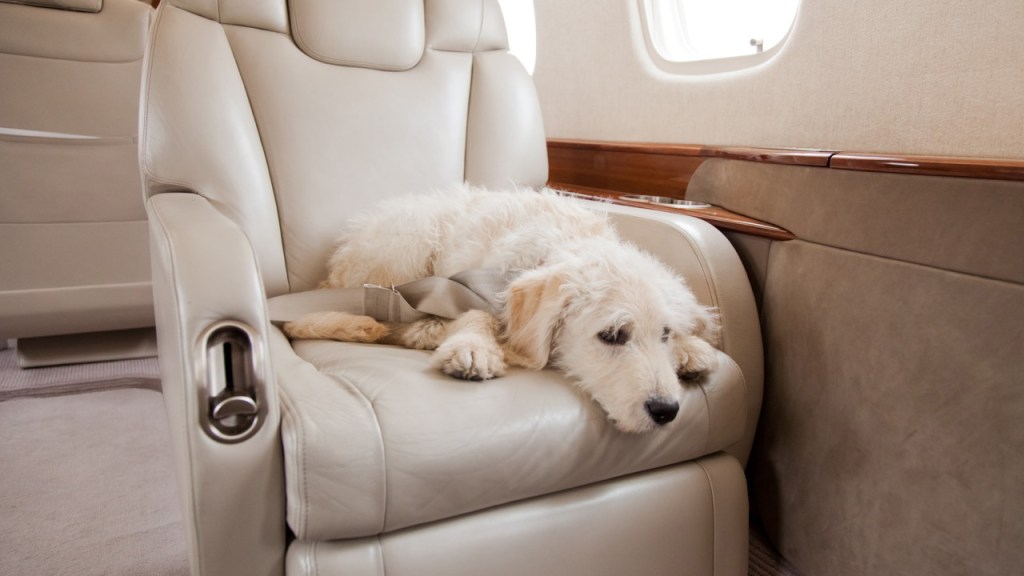 If your travel companions occasionally include a dog, cat, or some other member of the animal kingdom, a trio of news-making incidents involving United Airlines recently underscored another reason—aside from comfort and convenience—to fly privately: your pet’s safety.

In March, a United flight carried a German Shepherd to Japan instead of its correct destination of Kansas City, Mo, while a Great Dane that was supposed to go to Japan ended up in K.C. Apparently, baggage handlers mixed up the dogs’ crates during a connection in Denver. Both animals eventually made it home safely, but in related news stories, a giant rabbit and a French bulldog weren’t as fortunate.

The rabbit passed while traveling in the cargo hold during a transatlantic flight in April; in March, Kokito, a French Bulldog, suffered a similarly tragic fate after being ordered into an overhead compartment by a flight attendant.

These unfortunate events aren’t isolated incidents. According to the U.S. Department of Transportation’s Air Travel Consumer Reports, a total of 24 pets died in-flight in 2017—18 on United flights. At least the numbers are trending downward; 26 pets died during air travel in 2016, and 35 pet deaths were reported in 2015. Considering that the airlines collectively transport about 500,000 animals annually, one could argue that statistically, booking pets on commercial airliners is still relatively safe. But that is little comfort to passengers who have lost beloved four-legged family members on a flight.

April 11 is National Pet Day, an unofficial holiday when people are encouraged to do something special for their pets. Allowing them to enjoy the comfort and safety of a private flight would fit that bill. PrivateFly, a web-based global charter broker that is headquartered in England and has an office in Fort Lauderdale, Fla., suggests a good way to celebrate the holiday is to take your dog, cat, rabbit, or other pet along on your next charter flight. The company frequently arranges for pets to fly with their owners and once orchestrated a flight from London to Alicante, Spain, that carried a family’s two dogs, two cats, and six birds (four pigeons, a cockatiel, and a finch).

If you are planning to fly with a pet, PrivateFly offers a few suggestions: Reduce the animal’s water intake 4 hours before boarding the plane to mitigate the chances of a mishap; be sure it gets lots of exercise on the day of the flight so that it will be less restless if not relaxed; and bring along the animal’s favorite toy or blanket to help ease the stress of flying.

…or your cat.  Photo: Courtesy

The United States Department of Agriculture, which regulates air transportation of pets within the United States, requires that to fly in a plane—commercial or private—an animal must be at least 8 weeks old, fully weaned, and in good health. Also, any pet that crosses a state border has to have a rabies immunization and a valid health certificate issued by a licensed veterinarian within 30 days of travel. Depending on your destination, you may need additional paperwork for international travel.

The aircraft’s owner may allow your pet to roam free during the flight, but just as people have to buckle up during takeoffs, landings, and turbulence, so do pets. You can outfit your dog or cat with a harness that connects to the aircraft’s seat belts, or you can put the animal in a carrying crate that is secured to the floor so that it doesn’t slide around the cabin. And, yes, there are also oxygen masks and flotation devices designed specifically for pets.