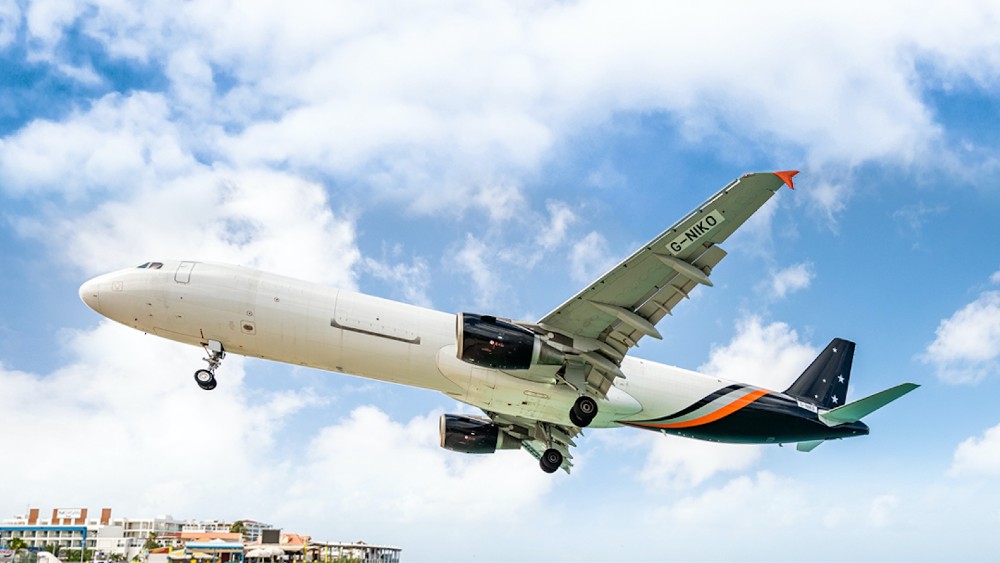 As the war in Ukraine moves into its fifth week, business jet owners and private aviation companies are supplying some aircraft to deliver supplies and provide refugees with transport. Several are doing it openly, but most are flying under a veil of secrecy because of the war conditions.

Russia’s February 24 invasion has displaced one in five Ukrainians, according to the United Nations, prompting more than three million to flee the country. It also caused a dire need for supplies, doctors, and transportation to reach the conflict zone, while many refugees are being transported to other parts of Europe.

But as the conflict intensifies, these humanitarian airlifts entail scores of logistical challenges, including the closure of airspace over Ukraine and Russia, as well as the bordering nations of Moldova and Belarus.

“The situation is fluid and even dangerous at this moment, so it’s a uniquely complicated humanitarian question,” Dan Hubbard, spokesperson for the National Business Aviation Association in Washington, DC, told Robb Report. Hubbard added that it’s difficult to estimate how many humanitarian flights are traveling to the region but said that “there are likely a larger number of missions than usual being conducted in total confidence, given the security concern.”

One analyst in private aviation told Robb Report that authorities in a country bordering Ukraine have asked his company not to reveal anything about military and humanitarian aid. The analyst, asking to remain anonymous, said there are thousands of active accounts phishing for information to identify supply sources and channels for humanitarian and military aid.

Several, however, have gone on the record about their aid missions. UK-based Titan Airways said that it recently transported 21 Ukrainian children with cancer from Rzeszow, Poland to Birmingham, England, for treatment. The private charter group donated its Airbus A321 to carry the children, and their family members, and a team from Britain’s National Health Service.

Bombardier announced that it had donated $150,000 to the Canadian Red Cross for work on the Ukraine conflict. It also said that it has suspended all activities with Russian clients, including all forms of technical assistance.

Airports in Poland have been the main conduit for aid into Ukraine.  Courtesy Visit Krakow

“The first flight request came in several days after conflict broke out, and we’ve steadily seen more come in as international media has focused on the growing humanitarian crisis and flood of refugees,” Pete Lewis, a senior vice president at Universal, told Robb Report.

The company is waiving its fees on service and ground handling setups for any mission classified as a humanitarian supply flight.

But there are many challenges, including navigating the region’s evolving airspace restrictions, trade sanctions, supply chains, and Covid protocols.

“Humanitarian flights in the Covid-era are infinitely more complex than they were before the pandemic due to additional layers of restrictions,” Lewis said. “Added to these challenges is the closeness of a major conflict which is fluid and extremely unpredictable.”

“It’s not an easy thing to fly an aircraft halfway around the world, get all of the government approvals needed, and have a place to land with a crew there ready to move supplies to a truck and the people in need within a 48-hour period,” he added. “Avoiding Russian airspace is a pretty big deal for US-registered aircraft that have to completely fly around Russia, make an extra stop to refuel, then proceed to Poland or Romania.”

Universal is helping the Soleterre Foundation, a non-profit health advocacy group based in Milan, coordinate the flights of pediatric cancer patients and their families to Italy, where they can receive treatment from specialized health personnel from nearby hospitals. The Soleterre Foundation declined to give more details.

Direct Relief, a US-based nonprofit that specializes in medical transport, has delivered 52 tons of medical supplies, or 200 palettes, to Poland for Ukraine relief. “This has been a completely different scenario since the war began,” Tony Morain, vice president of marketing, told Robb Report. “Our entire organization is focused on this. The response from medical manufacturers around the world has been astounding, compared to some major disasters we’ve seen.”

The organization has used commercial cargo transporters, as opposed to private aircraft, to airlift supplies. Morain says that disasters like Hurricane Matthew in the Bahamas prompted dozens of private aircraft owners to donate time and aircraft. “But this is a war and not a disaster,” he says. “I could definitely see, depending on the future, using private aircraft for intra-European travel.”

UK publication Corporate Jet Investor has set up a website, businessaviationukraine.org, to carry news of private aviation’s humanitarian aid efforts, and also serve as a conduit between aircraft owners and relief organizations. The website, which will go live later this week, will have two goals. “It will get everyone donating and people who want to fly will have ways to communicate,” Alasdair Whyte, the magazine’s publisher, told Robb Report.

Airbus, Boeing and Bombardier have stopped supplying Russian airlines with parts, maintenance, and support services. Other airlines have cut ties with Russia. American, Delta, United, and Alaska airlines are suspending partnerships with Russian airlines, including juggernaut Aeroflot. Russia has responded by seizing more than 500 commercial and private aircraft owned by non-Russian leasing firms.