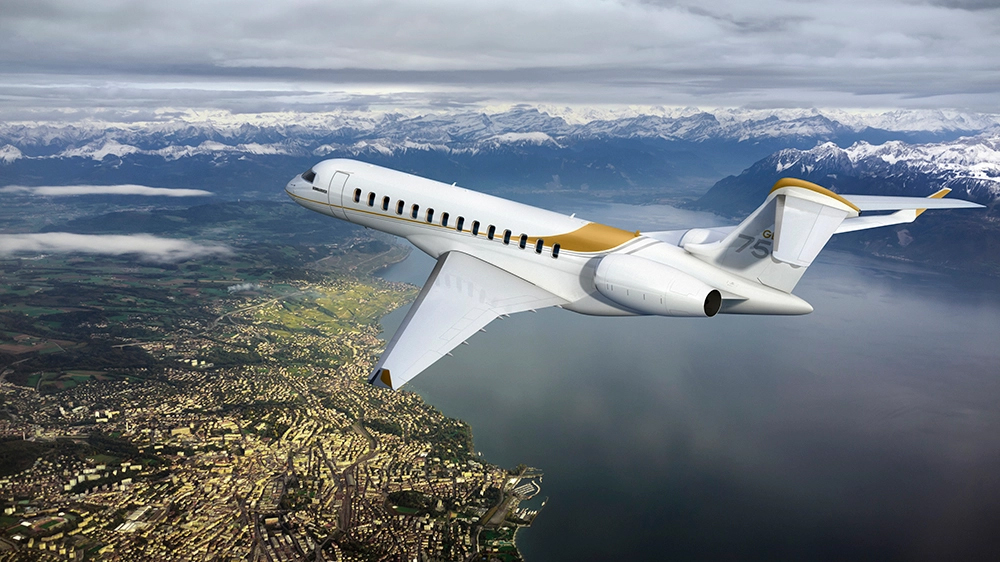 One of the great perks of flying privately is right there in the name: privacy. But the ability to stay away from prying eyes only applies inside the cabin. Social media accounts that broadcast flight patterns of noteworthy names—including Tom Cruise, Kim Kardashian and LVMH chairman Bernard Arnault, as well as numerous sanctioned Russian oligarchs—have racked up millions of followers combined, with the Twitter handle @elonjet gaining national attention after Musk himself suspended the account. The spotlight it shines is equal parts geeky hobby, gawker-level curiosity and data-driven emissions-shaming—and Arnault, at least, eventually got sick of the glare, selling his Bombardier Global last fall and switching to charter flights with private passenger manifests.

And it’s not just business magnates, celebrities and politicians who are vulnerable. Anyone using a private jet is sharing information transmitted through the plane’s black box. For safety reasons, Automatic Dependent Surveillance–Broadcast (ADS-B) technology transmits GPS coordinates, altitude, ground speed and other data to air-traffic controllers and surrounding aircraft—but it also gives rise to dangers ranging from corporate espionage to violence.

“It’s akin to driving on the interstate and having anybody pick up your license plate to see who’s in the car and where you’re going,” says Doug Carr, senior vice president of safety, security, sustainability and international affairs for the National Business Aviation Association (NBAA). “This isn’t just about lifestyles of the rich and famous. It’s about basic security and not being able to track people in real time—which, by the way, is illegal anywhere else.”

The issue came into focus a decade ago, when a restaurant-supply firm CEO, who used aircraft to conduct business, was cyber-stalked and tracked by competitors. Then there were the wounded veterans who were followed and met by anti-war protestors at their home airports. Martha King, who runs pilot-training academy King Schools with her husband, John, had several unstable “fans” harassing her from out of state. One showed up unannounced and threatened her. “Privacy sounds abstract, but it got personal for us quickly,” says King. “Now, we’re more cautious flying into unknown airports.”

The FAA is trying to help. After ADS-B became mandatory in January of 2020, the agency created several programs that allow jet operators to opt out of sharing tail numbers, helping to conceal passenger identities. Many private owners signed up for the Limited Aircraft Display Data (LADD) program, but sources that don’t use FAA data aren’t obligated to obey those restrictions and can still publish the information emitted from a jet’s transponder.

The FAA moved to fix that loophole by creating a way to temporarily disguise a jet’s tail number through the Privacy International Civil Aviation Organization Address Program (PIA). But joining the program is significantly more complicated than signing up for LADD, requiring physical modifications to the transponder and temporary call-signs—and when it comes to the latter, “you’d likely need to change that code on a routine basis,” says Heidi Williams, NBAA’s director of air traffic services. Besides, the new codes are not recognized outside of US airspace.

As we’ve seen from broader celebrity culture, if there’s enough public interest, the trackers will find a way—the FAA can’t stop enthusiasts or paparazzi from physically watching jet traffic at a local airport and then sharing those tail numbers, for example. Spokesperson Tammy L. Jones says the agency is expanding PIA for US-registered aircraft to include FAA-managed international airspace, but that no mechanism currently exists to encrypt secondary surveillance and communication technology, and that modifying the next ADS-B generation could be a decade away.

Meanwhile, the NBAA is in talks with trade associations in Canada and the European Union, which account for 40 percent of global business-aviation activity, to create an international PIA-type program. But universal adoption would require “a conversation in every part of the globe on what this program means, and how it would interface with air-traffic-control systems,” says Carr. All of which leaves pilots like John King, whose wife was physically endangered, frustrated, angry and wondering: “Why should we have to give up our privacy whenever we get on an airplane?”