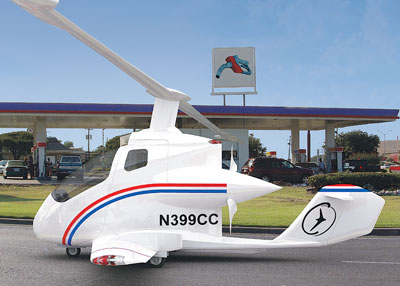 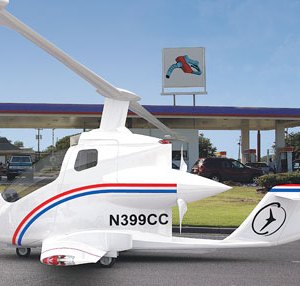 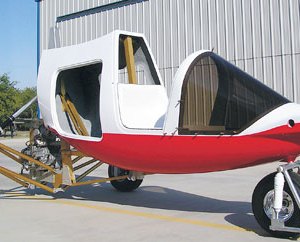 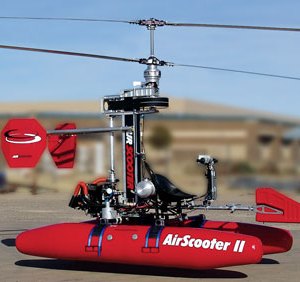 In 1949, a fellow named Molt Taylor, working in Longview, Wash., built a flying car. The vehicle, which he dubbed the Aerocar, never caught on: It proved difficult to operate in bad weather and, ultimately, was too expensive to produce. In addition, people cringed at the thought of thousands of personal planes filling the skies.

But these days, as roads proliferate across the landscape but stay clogged anyway, flying cars—also called personal air vehicles (PAVs)—are receiving more respect. As early as 1994, NASA called for the creation of a “Highway in the Sky” system and organized a program dubbed the Advanced General Aviation Transport Experiments (AGATE) to develop the necessary technology.

Agate has made spectacular strides, most notably in navigation. These days, the technical project manager, Avidyne Corp. of Lexington, Mass., is demonstrating a flat-panel display that relies on GPS tracking, wireless Internet, real-time weather and air-traffic information, and modern computer graphics to make flying a car almost robotic. The system works much like a video game: Keep the icon for your plane inside the box on your screen, away from icons for other vehicles, and the plane’s computers will guide you almost effortlessly off the ground, through the sky, and to your destination. You even may be able to check your e-mail while piloting the aircraft.

Meanwhile, three maverick inventors, working independent of each other and with minimal funding, are close to completing their own versions of Molt Taylor’s Aerocar. All three could have their inventions on the market by next year.

Jay Carter has been chasing his dream of producing a skycar ever since he built his first craft with his father, a pilot, when he was in college in the mid-1960s. Now his Carter Aviation Technologies of Wichita Falls, Texas, has created the CarterCopter 2+2, a four-seat vehicle with a tilt rotor used for vertical takeoff and landing (VTOL) and with wings that allow for high-speed cruising. “You taxi down the road to a heliport,” Carter explains, “fold the wings up, fly from point to point with the ease of VTOL, and land on top of buildings if you want to, but still travel with the speed of a fixed-wing airplane.” As for safety concerns, Carter notes that the rotor will continue to turn even if the aircraft loses power. “You float down as if you had a parachute,” he says.

The diesel-powered craft, which is being prepared for flight tests early next year, is expected to fly 1,031 miles at 182 mph and reach an altitude of around 12,500 feet (25,000 feet if you have oxygen). To avoid the delay required for Federal Aviation Administration certification, Carter will offer the first models as experimental aircraft kits. These likely will be priced at about $168,000, but Carter hopes to drive this cost down to as low as $40,000 to $50,000 through volume production.

Larry Neal of Boyd, Texas, another lone inventor, has pondered the idea of a flying car since the 1950s—“when I watched a marionette movie called Supercar,” he says, “and decided I wanted one of those when I grew up.” Now his outfit, called the Butterfly, is working on a two-seat, fully enclosed, wingless rotorcraft called the Super Sky Car that will use a Honda engine to drive on the road (at about 30 miles per gallon) and a 250 hp Mazda RX-8 Renesis rotary engine to achieve approximately 150 mph in the sky. “You’ll feel like you’re on a giant bungee cord,” says Neal when describing the sensation of piloting the Sky Car. He expects that his craft, which will be built to fit beneath a 71¼2-foot garage door, will fly to 20,000 feet and have a range of about 300 miles. Like the CarterCopter, it will be sold as an experimental kit, which Neal hopes to price at about $50,000 or less.

Elwood “Woody” Norris, who previously has invented high-end stereo speakers, a transistor radio that fits in your ear, and an alarm that signals when a hip replacement is wearing out, now is close to completing a PAV that he calls the AirScooter II. His AirScooter Corp., based in Henderson, Nev., has designed an open-air, single-occupant, 250-pound VTOL craft that is designed, as the name suggests, to scoot close to the ground (below 50 feet or so). The ultralight craft, which will not require a pilot’s license, is meant for recreational use, but AirScooter president Dwaine Barnes notes that it also could be used for commutes. To qualify as an ultralight, the vehicle is limited to five gallons of fuel, so flight duration cannot exceed two hours. The craft, with a projected cost of about $50,000, will come completely assembled except for the rotors.

If skycars can prove themselves in the real world, larger manufacturers are likely to move into the PAV business. If this occurs, says Carter, automobile companies, not aircraft firms, probably will emerge as the industry’s main players. “These companies are in the personal transportation business,” he notes. “Honda is working on a very light jet, and Toyota is doing work on PAV engines. The writing is on the wall.”