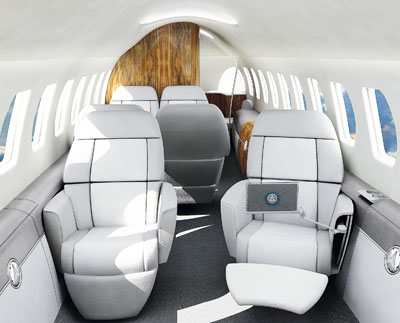 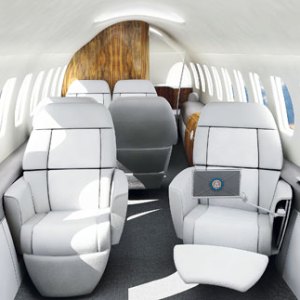 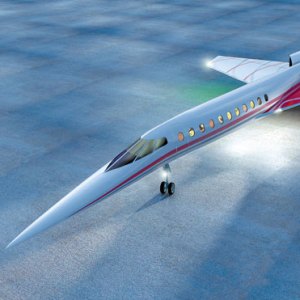 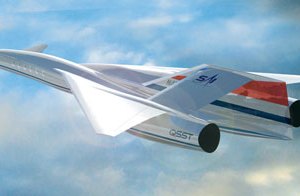 On October 14, 1947, when an Air Force captain named Chuck Yeager flew a rocket-propelled Bell XS-1 plane faster than Mach 1 (about 760 mph) over the town of Victorville, Calif., the accompanying sonic boom heralded a new era of flight. The promise was first realized in military jets, which now can reach speeds as fast as Mach 2.5. But in the commercial arena, the ability to break the sound barrier has had remarkably few uses. The supersonic Tupolev Tu-144 passenger jet, introduced in 1969, was taken out of service in 1978, and Concorde, which began commercial flights in 1976, was retired in 2003. Excessive fuel requirements made it impossible to operate either aircraft at a profit.

As commercial projects faltered, aircraft designers attempted to develop a supersonic business jet (SSBJ), but nothing came of those initial efforts. The first proposal—a joint venture in the late 1980s between Gulfstream, Sukhoi Design Bureau, Rolls-Royce, and the Russian manufacturer Lyulka—went nowhere. Then in 1998, Boeing announced that it was speaking with Sukhoi about an SSBJ, but that discussion petered out. And in 1999, Dassault shelved its own project.

Recently, two new entities intent on bringing an SSBJ to market have emerged. Supersonic Aerospace International (SAI), founded by J. Michael Paulson, the son of Gulfstream founder Allen Paulson, is working with designers at Lockheed Martin’s Skunk Works in Palmdale, Calif., to produce a supersonic aircraft by 2013. Aerion, a Reno, Nev., company that Texas billionaire Robert Bass is funding, plans to do the same by 2011. Both planes are expected to travel at about Mach 1.6 —nearly twice the speed of today’s quickest business jets and fast enough to take you from the East Coast to Tokyo in about 10 hours or from New York to Paris in about four. Both aircraft will carry as many as 12 passengers and have a range of about 4,600 miles. And both will sell for about $80 million, compared to about $62.5 million for the Boeing Business Jet 3, which is due next year.

The two jets will have one significant difference: The Aerion will generate a sonic boom, while Paulson’s plane, called the Quiet Supersonic Transport (QSST), will produce a muted sound that SAI calls a “sonic signature.” Nevertheless, regulatory changes would be required before either jet could fly faster than Mach 1 over the continental United States.

The Aerion—briefly spotlighted in Robb Report’s Private Preview last year, when the program’s future was less secure—relies heavily on a new technology called supersonic natural laminar flow. The cornerstone of this technology is a wing with a sharp leading edge and a thin, modified airfoil that reduces airframe drag by as much as 20 percent compared to the delta-shaped wing of the Concorde. Because of this wing shape, the Aerion jet theoretically can achieve supersonic speeds using an existing engine, the Pratt & Whitney JT8D, which should substantially reduce the cost and time associated with developing the aircraft. The design also significantly reduces fuel requirements. Aerion vice chairman Brian Barents reports that the plane “can go supersonic with fuel consumption comparable to that of similarly sized jets today,” such as the Bombardier Global Express and Lockheed C-5 Galaxy. “Supersonic laminar flow does not simply provide incremental improvement,” Bass adds, “but fundamentally supplants existing technology and reshapes an industry. Such opportunities don’t come along often, and this one was worth seizing.” The company has settled on the aircraft’s design and is seeking a manufacturing partner, which it hopes to acquire by early next year at the latest.

The design addresses the fuel-consumption issues that plagued the Tupolev and Concorde, but it does not silence the sonic boom. At about Mach 1.1, the Aerion will produce a significant noise, though less intrusive than the booms that military jets generate. “Rather than invest heavily in noise-reduction technologies, which are unproven at this point,” says Barents, “we decided to create a jet that can travel supersonically when this is allowed, and also fly quite efficiently at just under the speed of sound when it is not.”

Regulations throughout the world prohibit supersonic flight over land masses, but some countries with large wilderness areas—including Canada, Russia, and Australia—issue permits that allow aircraft to break the sound barrier over their territories. For the most part, however, aircraft can legally create sonic booms only while flying over an ocean.The question therefore arises as to whether U.S. fliers will be willing to pay $80 million or more for a plane that cannot exceed Mach 1.1 unless it is over water, when for about $20 million they could acquire a new Cessna Citation X, which can achieve Mach 0.92. “Obviously, we’re targeting mainly corporate international travelers and government VIPs,” Barents says. “But our research indicates that the market is big enough.” Aerion posits demand for 220 to 260 SSBJs over a 10-year period, with about 20 percent of sales coming from fractional operators (companies that sell portions of a jet to multiple buyers). Aerion believes that over a 20-year program life, its production could exceed 500 jets.

The company may find that fractional operators are a harder sell than it expects. Jim Miller, executive vice president for Flight Options, the second-largest fractional company after NetJets, points out that international flight, the primary mission for SSBJs, is less suited to the fractional business model than the domestic market is. “Flight Options will certainly consider SSBJs when the technology becomes viable,” he says. “But consider that when you fly an aircraft 4,000 miles or so, the chances that another owner of the same jet will wish to be picked up near the destination point will be slim, forcing you to fly a lot of deadhead legs.” (Deadhead legs are flights with no passengers in them.) In addition, Miller says, because regulations require that pilots rest after a long flight, many jets will be grounded for a day or so after a trip, further increasing downtime and raising the cost of operating the SSBJs. “Costs will rise even more when you’re forced to fly below the speed of sound over land. In fact,” Miller concludes, “it seems most important to me that SSBJs be quiet.”

Paulson, SAI’s founder, heartily agrees. “We knew we needed to create an aircraft with sonic boom mitigation,” he says. “That’s why we hired Lockheed’s Skunk Works, with their 50 years of experience in supersonic flight, to produce an environmentally friendly aircraft.” To reduce the noise, Skunk Works gave the QSST a long, needle-pointed nose and invented a V-tail design that disperses lift throughout the jet body and allows the engines to be placed far aft. Like Barents, Paulson reports that his design is “pretty locked in” and that the company is seeking a manufacturing partner. He sees a slightly larger market than Barents does: “250 to 400 aircraft, half international and half domestic,” Paulson says.

The noise that the aircraft will produce, he says, “is not really a sonic boom. The sound takes place over a longer period of time, so it isn’t the ‘kaboom’ that the Concorde made. Rather, it’s a lot of mini-shockwaves. And that sound is less than one-hundredth the level of that produced by the Concorde.” Paulson expects the difference to be so dramatic that authorities will allow the QSST to fly over the United States.

However, SAI has not yet demonstrated its sound-dampening technology fully, and some observers, noting that an aircraft’s weight plays a major role in the noise it makes, question how the QSST could be so quiet when it weighs about 153,000 pounds (compared to about 90,000 pounds for the Aerion). In addition, unlike the Aerion, which employs an existing powerplant, the QSST will require two 33,000-pound-thrust engines that have yet to be built. (It is unlikely that U.S. regulators would alter the supersonic restrictions until SAI produces a prototype aircraft. “Can you operate a supersonic plane so that it doesn’t affect a populated area?” asks Norman Mineta, who until June was the U.S. secretary of transportation. (He now works with the Hill & Knowlton public relations firm in Washington, D.C.) “That needs to be proven. While I was secretary, we decided to not even address the issue of supersonic business jets until that matter was resolved.”