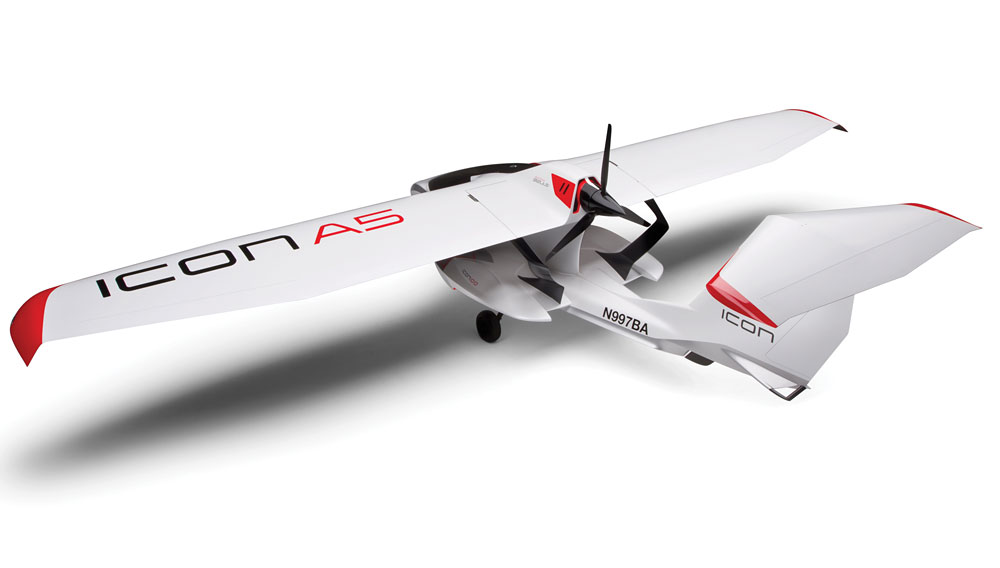 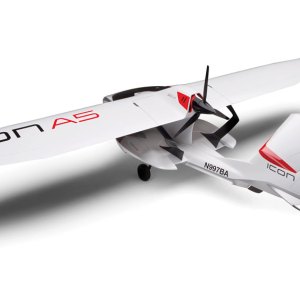 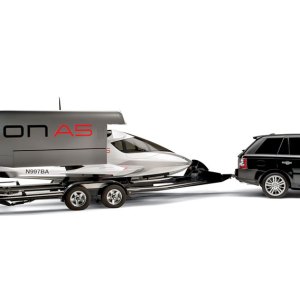 The Los Angeles–based Icon Aircraft plans to begin delivering its $139,000 A5—an amphibious 23-foot-long aircraft with foldable wings that allow it to be towed behind a truck or SUV—in the fall. The company says it already has received more than 900 deposits and is now taking orders that will be filled in 2016. Cirrus will produce a significant portion of the A5’s composite airframe, which will keep the plane’s weight down to about 1,400 pounds and enable it to boast a takeoff and landing distance of 750 feet (on land or water), a range of 350 miles, and an estimated top speed of about 120 mph. The A5 will seat just two people, including the pilot, in an unpressurized cockpit equipped with a digital GPS map display, an auxiliary audio port, and removable side windows. The A5 will also hold as much as 60 pounds of luggage. Classified as a light sport aircraft, the A5 has an FAA-limited service ceiling of 10,000 feet above sea level or 2,000 feet above the ground, whichever is higher. The plane’s lone rear-facing 100 hp Rotax engine uses either automotive or aviation fuel. Icon Aircraft, 424.201.3500, www.iconaircraft.com