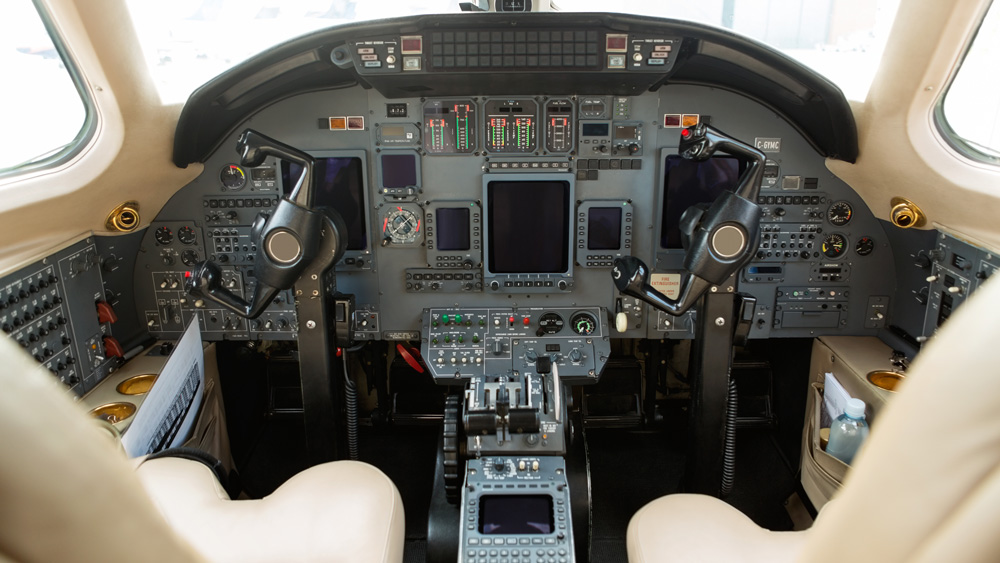 It’s likely that the pilots flying your plane enjoy their time in the cockpit, that they’ve wanted to be a pilot since they were children, and that they’re carrying a jar of Tabasco sauce in their flight bags. These are some of the findings from PrivateFly’s 2017 Pilots Survey, which was conducted last year and released earlier this year. The company, a web-based charter broker that is headquartered in England and has an office in Fort Lauderdale, Florida, conducted a similar survey five years earlier.

“This survey was put together to help better understand today’s pilots,” says PrivateFly CEO Adam Twidell. “Having done the same survey five years ago, we thought it would be good to see how pilots’ job situations have changed, as well as what inspires them to go down this career path.”

According to the survey, business-jet pilots are generally happy with their jobs, with 44 percent saying it is very stimulating. When asked why they became pilots, 76 percent of all the respondents said they had always wanted to fly. Only 4 percent said they were attracted by the pay and benefits. (The most common salary range reported was $50,000 to $87,000, and only 13 percent earn more than $124,000.)

Given a chance to select attributes that make for a good pilot, the respondents most frequently picked “making safety a top priority,” “good flying handling skills,” and “a cool head.”

“When it comes to cricket, good players are all-rounders, often having above-average skills across multiple disciplines of the game. The same applies for a good pilot, especially since the role is multifaceted,” says Twidell, who is a former Royal Air Force and private-jet captain. “For example, older pilots used to shine just from having excellent handling skills—they’re traditionally called stick-and-rudder pilots—but for today’s aviators, being tech savvy is a skill set that is just as vital for a smooth and safe flight.

“A good pilot needs to have excellent situational awareness,” he continues, “which is the ability to understand and control multiple sensory inputs, allowing you to predict what is about to happen to the aircraft before it occurs.”

While Twidell worked as a pilot before launching PrivateFly 10 years ago, the pilots who took the survey had previous careers that ranged from engineer to video-game artist to doctor to ballroom dancer.

Regarding the Tabasco sauce: The pilots were asked to list items that they always carry in their flight bag (not including a phone, a passport, keys, and a wallet). Maps and charts were the most commonly named items, though the technology in most cockpits has rendered them obsolete. Among the other popular picks were sunglasses, a headset, a flashlight, and Tabasco sauce. Some of the more unusual items named were a Bible and ramen noodles. “Energy” is the must-have item for Twidell’s flight bag. “I bring my power pack for recharging devices and high-calorie snacks for revitalizing the body.”

Five years ago, the survey asked pilots about the biggest issues facing the aviation industry. Roughly two-thirds of the respondents said fuel costs. With oil prices having dropped significantly since then, fuel costs were the top issue for only 11 percent of the pilots in the latest survey. Pilots are now most concerned with a shortage of pilots. One of the causes of the shortage concerns Twidell. “The biggest issue in the past five years has been the constant cost-cutting across aviation as a result of intense competition,” he says. “The role and remunerations for pilot are at odds with each other. Pilots are now expected to give more for less.”

Nevertheless, as noted earlier, most of the survey respondents expressed satisfaction with their job, enjoying the freedom, challenges, and travel that come with it, as well as the security. Eighty-eight percent of the pilots said they felt very secure or fairly secure in their jobs—up from 72 percent in the 2012 survey.

“I’d love to go back in time to fly the original Learjet,” says Twidell, “mainly due to the amazing reception we would receive at every airport where we landed.”