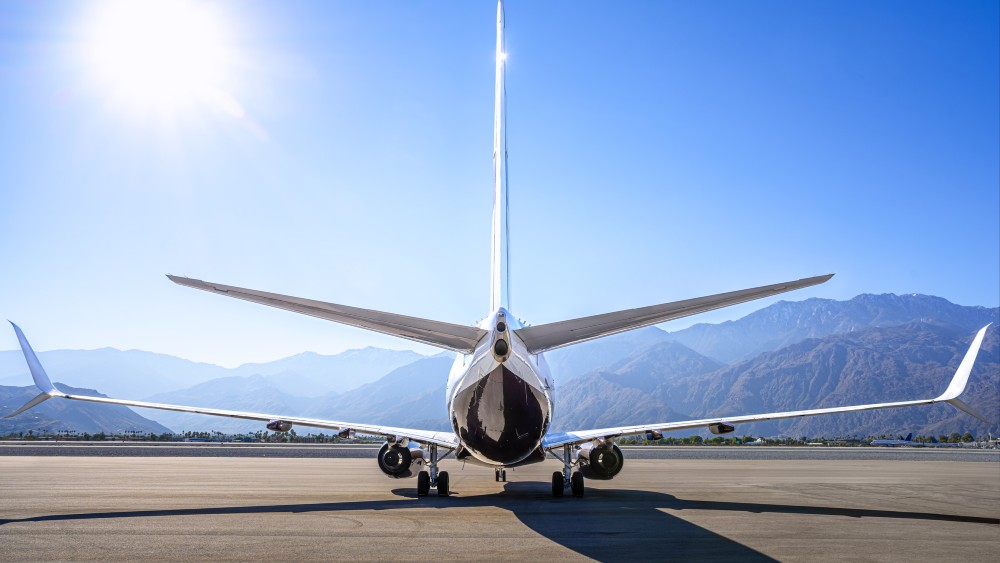 Are sit-ins in private-jet airports the new thing?

Judging from recent protests, private and commercial jets could become lightning rods for climate-change activists. On Sunday, four members of an environmental group snipped their way through the fence at Berlin’s Brandenburg airport and glued their hands to the runway, effectively shutting the airport for several hours.

About three weeks ago, groups in the US and Europe staged simultaneous sit-ins at 30 private jet terminals to protest greenhouse gas emissions, as the United Nations’ annual climate conference was being held in Egypt. Protesters called for a ban on private aircraft and higher taxes on frequent flyers on commercial airliners. The debate, which has been percolating in Europe amid rising concern over climate change, intensified when scores of UN delegates traveled to the COP27 convention by private jet.

France’s transport minister proposed in August restricting jet travel, targeting private planes as a prime source carbon emitters compared to other forms of transport. But industry heads in Europe said the politician’s call had more to do about politics than emissions. “This has nothing to do with the reality of the situation,” Eric Trappier, CEO of Dassault Aviation, told Robb Report during a press conference at the National Business Aviation Association’s annual convention in October.

Pop culture has taken up the concern, with flight trackers on social media estimating the carbon emissions generated by celebrities. The Paris Saint-Germain soccer club sparked a national outcry in September when the team traveled to a nearby game in Nantes by private jet instead of rail.

The sudden spotlight on private jets prompted LVMH CEO Bernard Arnault to sell his Bombardier business jet in October and instead charter aircraft. Twitter followers had been relentless in tracking his movements. Other celebrities like Elon Musk, Taylor Swift and Kylie Jenner have also become targets.

The pandemic-related uptick in private jet travel has thrown the issue into sharper relief. “The wealthy elite are using more private jets than ever, which is the most polluting way to fly,” said a Greenpeace statement, following a Nov. 5 protest it helped organize at Schiphol Airport, where activists were pictured sitting beneath a jet’s fuselage.

The French government said it is considering efforts to raise taxes on private jets, while the Netherlands plans to cap the number of private flights through Schiphol Airport.

“The most effective actions can only be taken at the level of the European Union,” transportation officials from Austria, Belgium, Finland, France, Luxembourg and the Netherlands said in a statement, specifically mentioning “regulating” business jets, without delving into specific plans of action. “It is the right scale to bring about change on a global level.”

However, the European Business Aviation Association (EBAA) said private air travel is crucial to commerce, reporting that the roughly 3,800 business jets registered in Europe add $87 billion to the European economy and serve as test beds for green innovations that trickle down to commercial aviation.

The industry suffers from a problem of perception, according to Roman Kok, EBAA spokesperson. “The public thinks private jets are flown by rich people flying for short amounts of time, or footballers saying they don’t want to take the train,” Kok said. “The reality is that most of those flyers are chiefs of business trying to make business deals and add to the economy.”

Restrictions would hurt the European economy by discouraging corporations and entrepreneurs from doing business, added Steve Varsano, CEO of The Jet Business, a London-based broker specializing in large cabin jets and bizliners.

“If the French Government thinks that Dassault Falcon Jet, who employs about 20,000 people in France and contributes enormous taxes to the French economy, LVMH and every designer brand based in France that utilizes corporate jets will stay in France if they ban them, they are drinking too much French wine,” Varsano said.

Kok said that private aviation has led the industry in electrification as well as the use of hydrogen and sustainable aviation fuels.

“We are afraid that any kind of limit would stifle our industry, not only in terms of growth but also aviation innovation,” Kok said. “Everything stems from our industry.”

NBAA, which usually adopts a neutral view in hot-button political matters, has been pushing sustainability hard during its last few conferences. It has jumped behind sustainable aviation fuel (SAF) as a primary short-term solution, arguing it could cut private jet emissions by up to 80 percent. The problem is that SAF is in short supply, costing as much as four times the price of conventional jet A fuel. It will take years before it becomes mainstream. Electrification of short-range eVTOL aircraft is also years off, as are hydrogen fuel cells.

“We have a target on our backs,” noted Erik Lindbergh, an environmental advocate and chair of the Lindbergh Foundation, during a recent NBAA seminar on decarbonizing business aviation. Lindbergh added that “aviation is really motivated to solve this issue.”

Several weeks after Dassault’s Trappier spoke about the onslaught on business jets having more to do with politics than the reality of the situation, 30 scientists stood outside the company’s Paris headquarters, protesting what they called the “symbol of climate inequality” that private jets represent, as part of a “Make Them Pay” campaign.

France has backed away from a ban on private jets and is now talking about a tax on aviation fuel for 2023 by decreasing fuel subsidies. But the protests will continue, according to several of the protester’s websites, and as Sunday’s event in Berlin’s Brandenburg demonstrated.