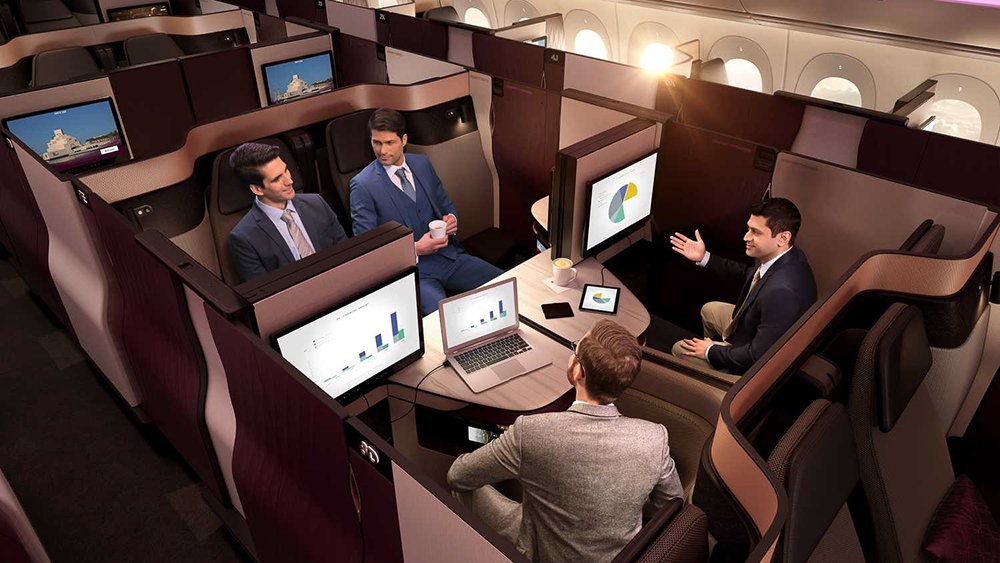 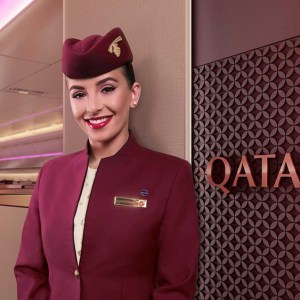 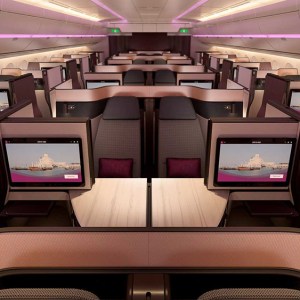 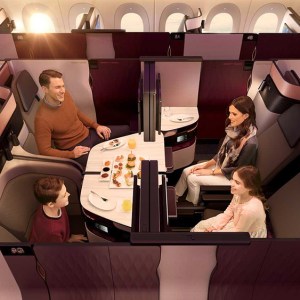 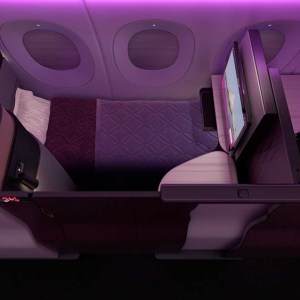 Angelenos, rejoice! Qatar Airways just blessed Los Angeles with soon-to-be-daily flights in and out of LAX with aircraft featuring Qsuite, the airlines’ over-the-top business class. L.A. is just the sixth U.S. gateway to operate the flights with Qsuite amenities.

Los Angeles travelers can look forward to what is basically their own bedroom on board. A Qsuite ticket includes the first-ever business-class double bed and stowable privacy panels that give passengers a private room. Not traveling alone? No problem. Up to four suites may be joined for friends or families flying together, making way for dinner parties or business meetings.

“We are thrilled to be operating this state-of-the-art product in Los Angeles, offering our loyal customers a one-of-a-kind, unique experience they have never had before in the sky. We are excited to see the response we receive from our Los Angeles passengers,” says Eric Odone, Qatar Airways senior vice president of the Americas.

Those traveling in and out of New York City; Washington, D.C.; Chicago; Houston; Dallas; London; Paris; Canberra; and Shanghai have been enjoying Qsuite perks such as the White Company sleepwear and slippers for long-haul night flights, an actual door with a Do Not Disturb sign, pillows, a quilted mattress and duvet, a media panel with all kinds of outlets and plug-ins, and a top-notch amenity kit. A year after Qsuite’s March 2017 launch, Qatar Airways introduced a dine-on-demand concept featuring newly designed tableware, in-flight dining menus, cutlery, and chinaware. Bon appétit.

Los Angeles was the first U.S. West Coast city from which Qatar Airways offered passenger flights. Nonstop service took off at LAX three years ago, and the airline is adding new destinations—such as Vietnam, Kenya, Malta—on the regular.