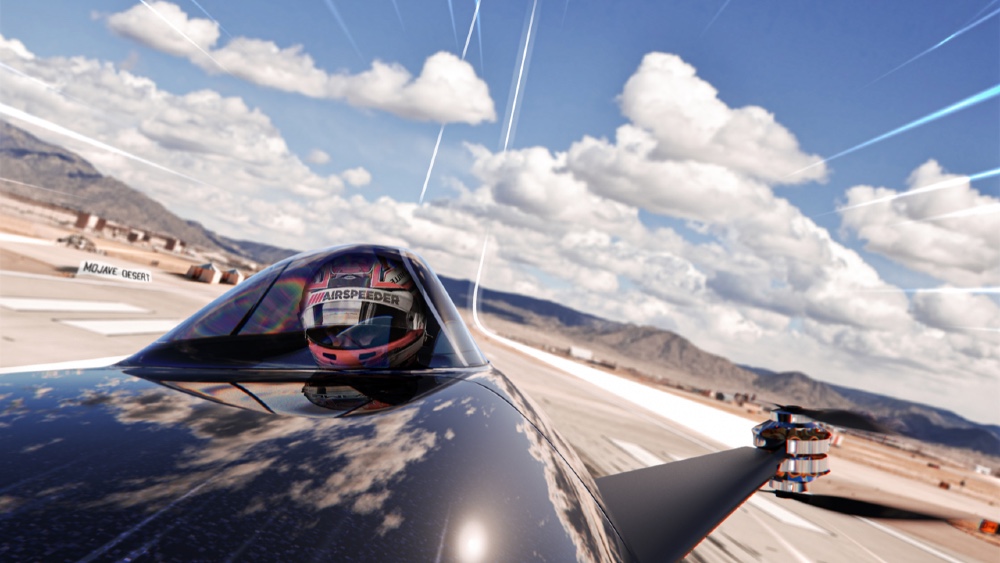 Aircraft racing is poised for a comeback when Air Race E takes on the challenge later this year of setting up a World Cup of electric conventional takeoff and landing (eCTOL) aircraft. An entirely different type of aircraft from an Australian aviation firm, Alauda Racing, will soon be bringing other types of racing thrills with futuristic-looking electric vertical takeoff and landing (eVTOL) aircraft.

The Sydney-based company is building a piloted flying vehicle, the Airspeeder, for a future international race series. Launched at the 2019 Goodwood Festival of Speed, the Airspeeder is a race eVTOL designed to become what the company says will be a “highly-efficient and highly-effective ‘flying car’ for commercial use.”

Matt Pearson, CEO at Airspeeder, likens the Airspeeder to merging an F1 race car with a racing drone. Some lucky pilots will race them in a series around the planet. With onboard cameras and racing speeds up to 125 mph, the series promises spectacular shots, along with a viewer experience that is nail-bitingly close to what the pilots are themselves seeing.

The Air Speeder circuit will include single-drone platforms that different teams will use to compete against each other.  Air Speeder

This series will be based on a single drone platforms provided to the different teams. Pearson says the series will go beyond just racing, and will help develop eVTOL technology for the future of Urban Air Mobility (UAM).

The Airspeeder will sport a swappable 500-kW battery pack flying the aircraft’s four arms, with four 24 kW electric-motor dual-rotors at each end. The aircraft weighs 550 lbs, and is capable of carrying up to 2,200 lbs.—which is a better power-to-weight ratio than a Formula 1 car. It will rely on LiDAR to avoid obstacles. Like most serious drones, the Airspeeders are built to take some punishment and be rebuilt fairly quickly in a race environment.

The organizers are planning to set up races, along with pit crew teams, in different parts of the world.  Air Speeder

Pearson says the Airpseeder is currently in its advanced testing phase. Most of the testing was done on the unmanned MK2 eVTOL, which successfully completed trials in 2019.

The team is now working with test pilots from the US Air Force and Martin Aviation on the new MK3s in California’s Mojave Desert. Pearson told Robb Report that the first individual head-to-head Grand Prix for eVTOLs will be announced shortly.