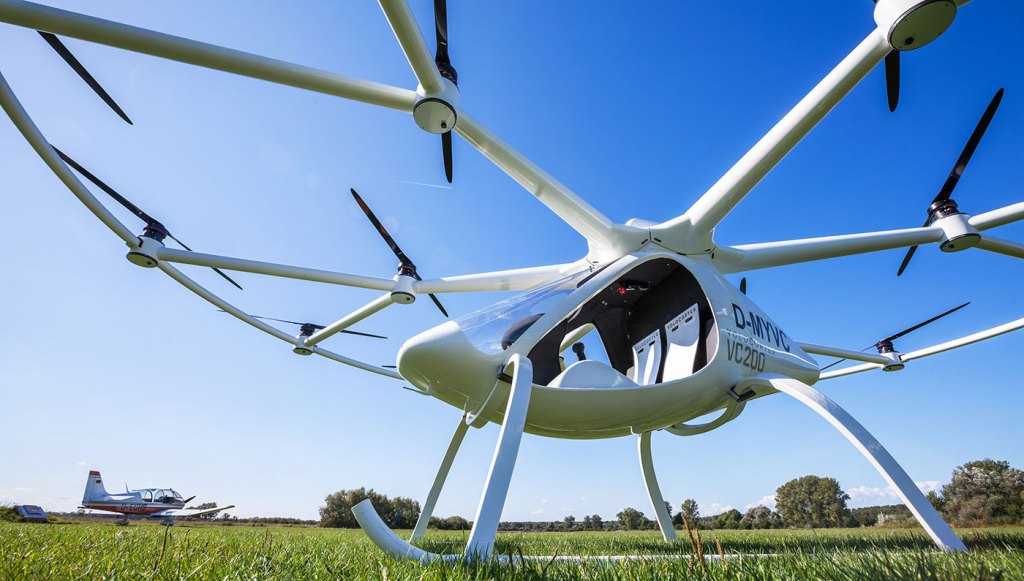 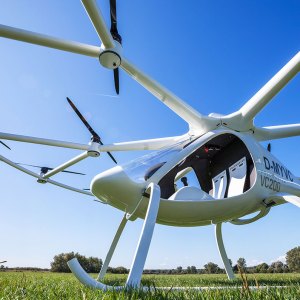 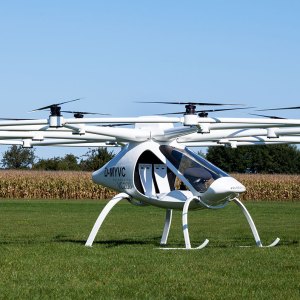 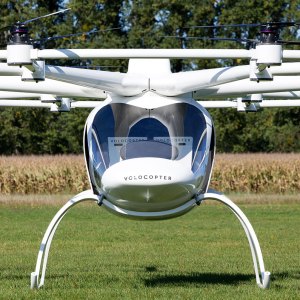 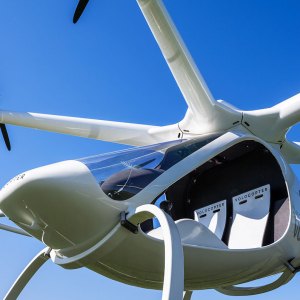 If we ever perfect the true flying car, it is likely to look something like E-Volo’s prototype—a vertical-takeoff-and-landing, semi-autonomous, two-seat multicopter with an electric engine. The Volocopter is designed to be easy to fly, with all parameters of flight managed by a single joystick.

Networked microprocessors and sensors translate the pilot’s input to direct the aircraft’s multiple rotors and to maintain stable flight. The latest version, the VC200, flew for the first time in November, piloted remotely by company CEO Alexander Zosel, who had never flown it before. He said he found the controls intuitive and simple. “The Volocopter stays in the air as if it has been pegged up there if you release your hands from the controls,” the company says. E-Volo’s next step is completing the first manned flight of the aircraft. German aviation authorities are working to create a new aircraft category that the Volocopter can fit into, so it can be certified for sale.

The Volocopter’s battery-powered motor will last for about 20 minutes of flight time, but E-Volo is looking to extend that to an hour or more. It is also working on a hybrid system comprising a combustion engine and a generator that would charge the onboard battery, as well as exploring fuel-cell technology. A folding mechanism for the propeller array that would make it easy to store or transport the Volocopter is also in development. The company won a technical award at the United Nations climate-change conference in December, honored as a “climate champion” for the Volocopter’s potential to provide clean, energy-efficient transportation. (volocopter.com)