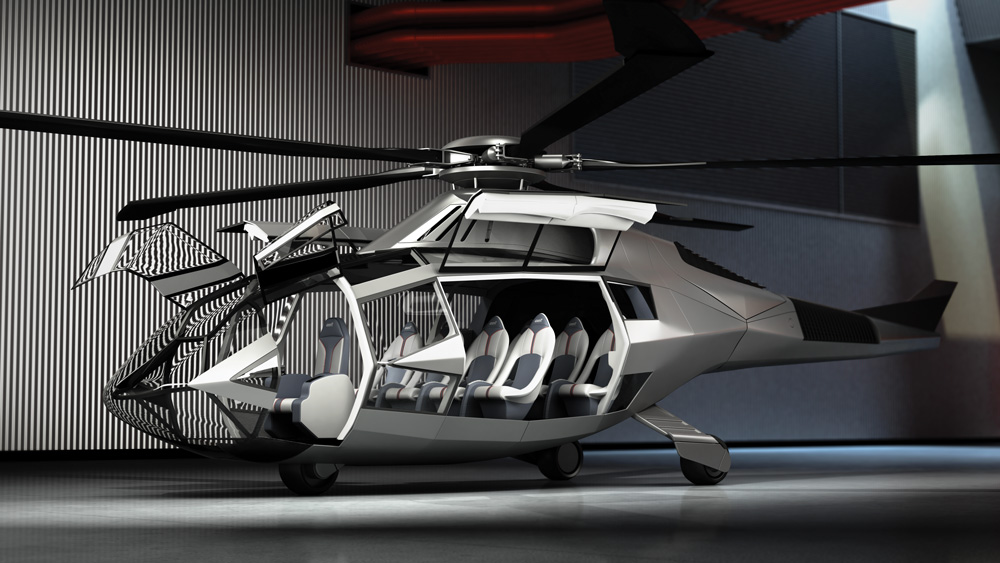 Some of the most eye-catching stories on Robb Report are those that feature the futuristic designs of models still on the drawing board or in the testing stages. We pulled together the 10 most-read posts highlighting aircraft concepts, from helicopters to corporate jets, and flying cars to remote-controlled passenger drones. These are the stories that resonated with our readers in 2017.

Deliveries of the corporate jet are scheduled for 2020.

3. A Flying Car Is Taking off Near the Motor City

Detroit Flying Cars hopes to have its WD-1 in the air by next year.

Five private-jet interior concepts that demonstrate air travel can be anything but boring.

Airbus is developing a faster and more efficient helicopter that will be flying by 2020.

7. A Chat with the Inventor of the Samson Motors Switchblade Flying Sports Car

The flying sports car models include a $500,000 version with a bespoke interior and unique exterior features.

The Germany-based company continues to develop its VTOL craft and will hire new employees.

9. Climb Aboard This Drone for a Remote-Controlled Commute

Billed as the world’s most advanced autonomous manned aerial vehicle, the Passenger Drone might have you flying over rush hour traffic sooner than you think.

10. Airbus Is Serious About Unsnarling Your Commute

The global aviation company and its various partners are making flying cars and helicopter ride-sharing a reality.