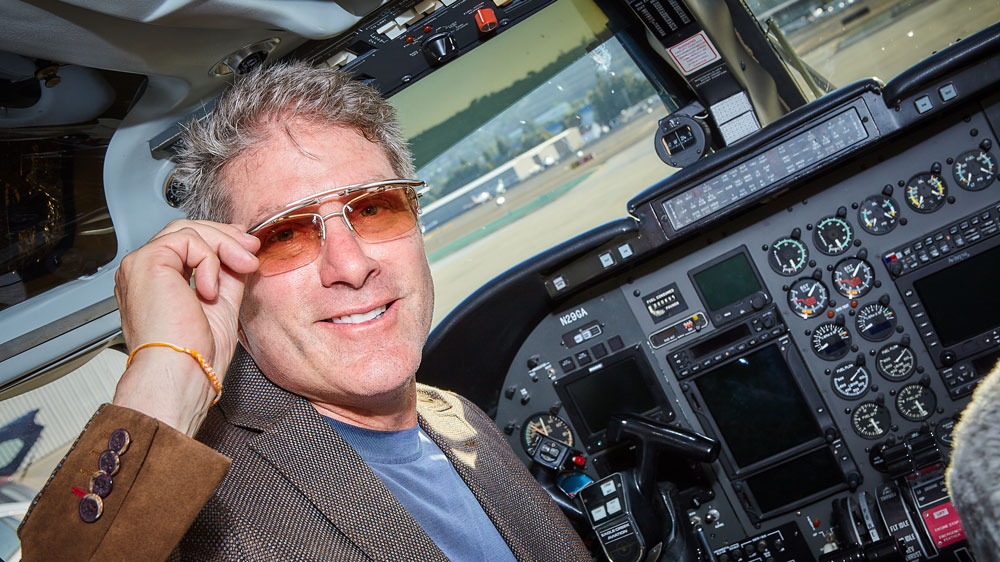 This month, aviator Robert DeLaurentis will begin his 26,000-nautical-mile flight around the world by way of the poles. The journey will start in San Diego, proceed to Antarctica, and then cross three continents to the North Pole before heading home via Alaska. He expects it to be a fantasy flight, with the potential for nightmares.

How long will the trip take?

I’m expecting three months. The goal is to experience all the continents I’ll y through. I’ve been preparing for 14 months, so it would be wise to have a good time.

Do you have a daily flight plan?

There are 25 stops. The longest leg will be an 18-hour stretch over Antarctica, but the average daily flight will be about three hours.

What will you eat?

On Charles Lindbergh’s flight across the Atlantic, he brought two sandwiches and ate one. I’ll bring along beef jerky and protein bars, and for the longest leg I’ll have a sandwich or salad for my first meal.

Your plane has autopilot. Will you sleep in flight?

I take micro-naps of about 15 minutes, but I’d never sleep the night. An advisor of mine who ew over the South Pole said he never got sleepy on the plane because he was scared to death the entire time.

What is one of your primary concerns?

The fuel tanks add a lot of weight, and if the plane can’t climb to the altitude we need, it’ll struggle and use more. That could be trouble on the leg from Chile to the South Pole and back. If I go down, help could be days away.

What makes this endeavor unique?

Nobody has ever attempted it in this modified aircraft type. But we’re not doing this for records. We’re doing it as a message of global oneness and peace. Our slogan is: “One planet, one people, and one plane.”