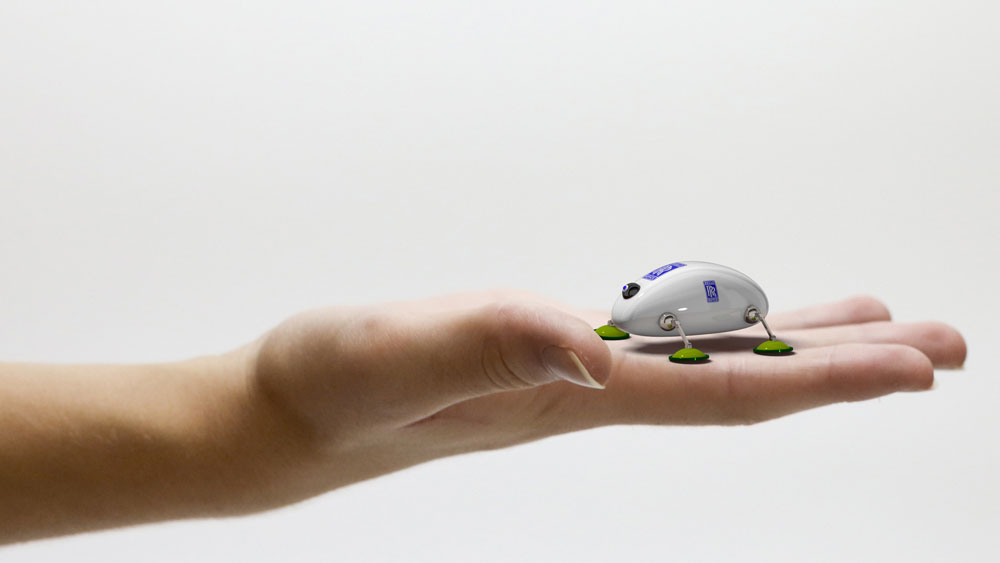 Your jet’s hangar is quiet the day before your big trip—almost peaceful. However, hidden from the naked eye, a swarm of tiny drones armed with lasers is crawling around the inside of your business jet’s engine, guided by the unseen hand of an operator based somewhere across the Atlantic. But don’t worry, we’re still in act one of this Black Mirror episode, and these helpful little guys aren’t here for any nefarious purpose. Instead, they’re on duty to repair your broken engine.

Or at least that’s the future Rolls-Royce (the aerospace company, not the automaker) is hoping to bring closer. The company is collaborating with the University of Nottingham as well as Harvard University to conceive potential technologies that may lead to more intelligent engines. At the Farnborough Airshow in July, Rolls-Royce presented four concepts at various stages of development that aim to do just that.

One group of robots—dubbed INSPECT—function as small, extremely thermally insulated periscopes that are permanently installed in an engine to identify and report anomalies it detects. For a more mobile look at what’s happening within your engine, Rolls-Royce introduced the SWARM robots. These miniature bots can be deposited within the center of an engine and then crawl into hard-to-access areas to perform a visual inspection. The camera-equipped bots would send live video to the operator, who could quickly check the engine for problems. The FLARE is another sophisticated diagnostic tool that consists of two snake-like robots that can travel throughout the engine and carry out patch repairs. The final one of Rolls-Royce’s new toys is a remote bore blending machine that can be installed on the engine and then controlled remotely by one of Rolls-Royce’s own trained technicians to do specialty work like grinding parts with lasers.

Of course, some of these robotic devices are a long way off from actually being adopted for use, but Dr. James Kell, Rolls-Royce on-wing technology specialist, believes that something like the bore blending robot could be rolled out in the next few years.

I just hope the machines remember how nicely I treated my Tamagotchi during their inevitable uprising.