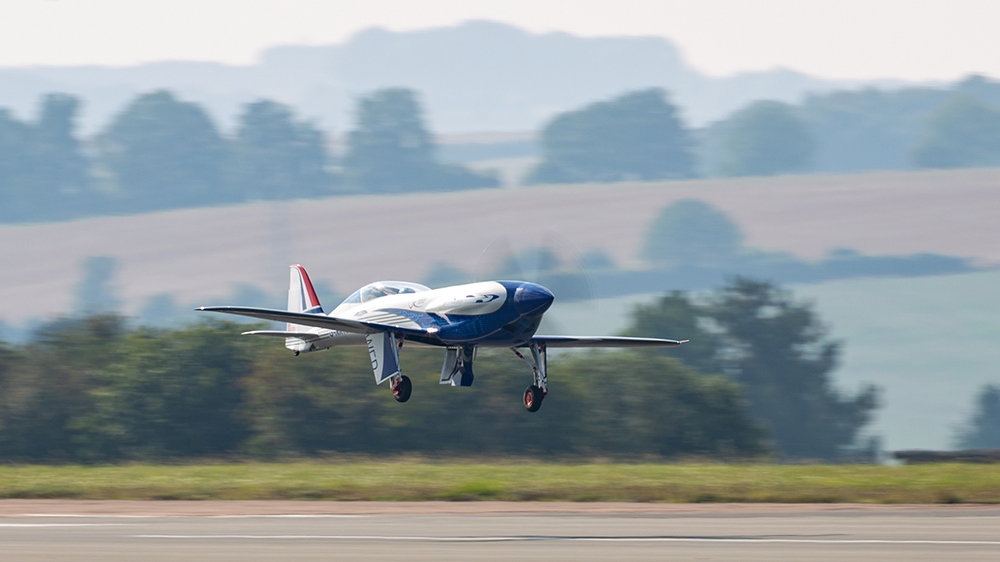 It took over two years, but Rolls-Royce’s first electric plane is finally ready for the skies.

The all-electric plane built by the British aerospace company—which was once related to the famed automaker but is now a separate entity—completed its maiden flight last week in the UK. The Spirit of Innovation flew for 15 minutes, marking the beginning of an extensive testing process that will include an attempt at a new world speed record.

The single-seat plane took off from the UK Ministry of Defense’s Boscombe Down testing facility in Wiltshire, England on Wednesday, according to a press release. During the 15-minute flight, Spirit of Innovation was propelled by a 400-kW powertrain consisting of three motors connected to a 6,000-cell battery pack. Rolls-Royce claims it is the most power-dense battery ever created for a plane.

The electric aircraft was first announced in 2019 and is part of the Accelerating the Electrification of Flight (ACCEL) program, an initiative funded, in part, by the UK’s Aerospace Technology Institute and government. Although the Spirit of Innovation is the only zero-emission aircraft the company has shown off so far, the Rolls-Royce hopes to team up with air framer Tecnam and Scandinavian airline Widerøe to produce an all-electric passenger plane by 2026.

“We are focused on producing the technology breakthroughs society needs to decarbonize transport across air, land and sea, and capture the economic opportunity of the transition to net zero,” Rolls-Royce CEO Warren East said in a statement. “This is not only about breaking a world record; the advanced battery and propulsion technology developed for this program has exciting applications for the Urban Air Mobility market and can help make ‘jet zero’ a reality.”

Rolls-Royce hasn’t mentioned how fast the Spirit of Innovation traveled during its first flight, but its eventual goal is to hit a top speed 300 mph. That would set a new world record for an electric plane, according to Electrek. The current mark belongs to a Siemens electric plane that reached a top speed of 210 mph in 2017. No timetable for attempting the record has been announced yet.

Either way, electric air travel may be here sooner than any of us expected.