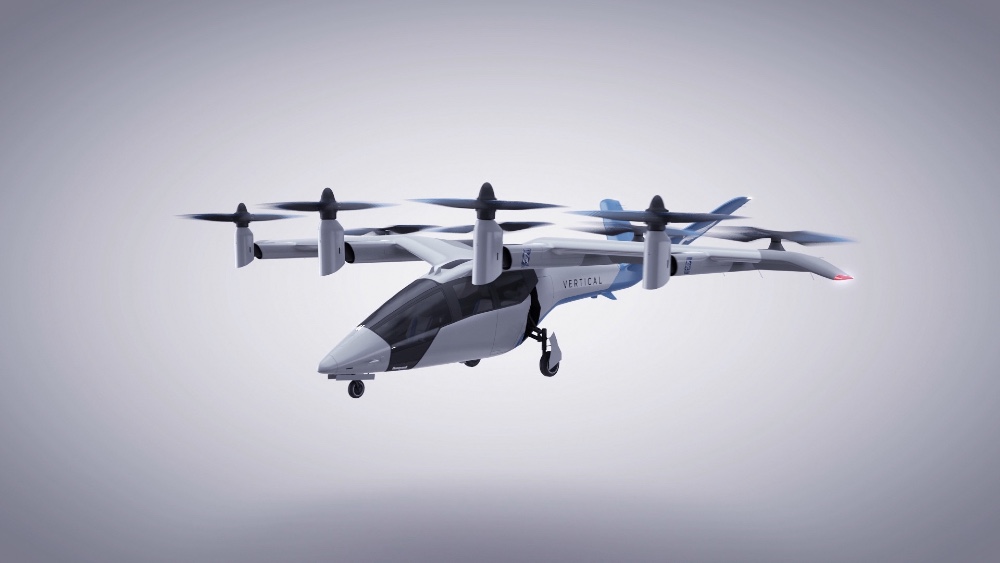 UK aircraft firm Vertical Aerospace has selected Rolls-Royce for the electric propulsion system of its VA-X4. The electric vertical takeoff and landing (eVTOL) aircraft is designed to carry one pilot and four passengers for 120 miles at speeds up to 200 mph. The company says the VA-X4 is expected to arrive on the market by 2024.

Rolls-Royce said it would also be developing the power distribution and monitoring systems to support flight operations. The power system will be based on Rolls-Royce’s latest 100kW-class lift-and-push electrical propulsion units. “This exciting opportunity demonstrates our ambitions to be a leading supplier of sustainable complete power systems for the new Urban Air Mobility market which has the potential to transform the way that people and freight move from city to city,” said Rob Watson, director of Rolls-Royce Electrical.

The company said that an earlier version, the VA-X1, can fly from central London to Heathrow in 15 minutes, compared to 1.5 hours by car. The eVTOL is designed to produce noise levels 100 times quieter than a helicopter, thanks to large open rotors with significantly lower tip speeds than a helicopter. Vertical has already flown several full-scale prototypes. It said the build of the VA-X4 will begin shortly in the U.K., with the first flight happening this year.

The electric aircraft will be able to transport passengers from central London to Heathrow airport in less than 15 minutes.  Courtesy Vertical Aerospace

About 150 Rolls-Royce engineers, based in Hungary, Germany, USA, and UK, are expected to work with the Vertical Aerospace team. “We are excited to collaborate with Rolls-Royce, bringing onboard a hugely experienced team with deep expertise and cutting-edge electrical technologies,” said Michael Cervenka, CEO of Vertical Aerospace.

Vertical Aerospace signed a similar agreement with Honeywell in 2019 to support its demonstrator aircraft program with multitouch displays, avionics system controls, avionics software, and the vehicle operating system. The Bristol-based company plans to conduct the first flight of the VA-X4 by the end of 2021, while obtaining CAA and EASA certification by 2024.