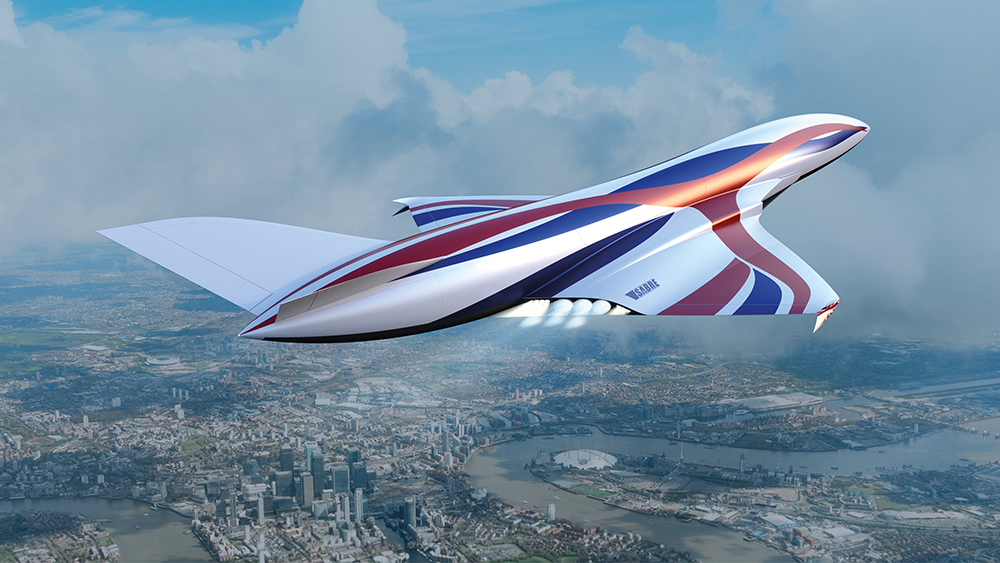 For most New Yorkers, getting to the Hamptons in less than three hours is a commendable feat, but what if you could get all the way to London in just a third of the time? The UK Space Agency recently revealed plans for a high-tech “space plane” that is capable of jetting across the pond at lightning speed—and it could be in the skies as soon as 2030.

On Tuesday, the CEO of the UK Space Agency Graham Turnock announced the UK would be working more closely with Australia in a “world-first Space Bridge” agreement which will focus on delivering a plane—or rocket, really—to shuttle passengers from continent-to-continent in just four hours. While flights from London to the Big Apple will reportedly take a skerrick over 60 minutes.

It’s all courtesy of a new hypersonic engine SABRE (Synergetic Air-Breathing Rocket Engine)—which the scientists at Reaction Engines are currently developing. Fueled by a combination of hydrogen and oxygen, SABRE is capable of powering a plane to Mach 5.4 (4,000 mph) for speedy commercial travel—that’s around five times the speed of sound—or Mach 25 (19,000 mph) when soaring in space. It’s supposedly greener and cheaper than current air travel, too.

One of the challenges of hypersonic flight is ensuring the engine can withstand the heat—traveling that quickly can cause the engine itself to melt—but SABRE chills the incoming air with tiny tubes of super-cooled helium, and then utilizes that captured heat to power the engine.

“Our pre-cooler takes air that arrives at 1,000 degrees centigrade and cools it down to zero in one-twentieth of a second,” Shaun Driscoll, of Reaction Engines, said.

That’s not just talk, either. Back in April, the Oxfordshire-based firm announced successful tests of a precooler, simulating conditions at Mach 3.3—that’s 50 percent faster than the supersonic turbojet Concorde, which trekked between New York and Paris in 3.5 hours, but was terminated in 2003 following a catastrophic crash in which 109 people died. It’s also on par with the Lockheed SR-71 Blackbird, the fastest jet aircraft ever made.

Reaction Engines will continue trialing parts, with test flights scheduled to begin in mid-2020 and commercial flights slated for the 2030s. The government has already invested £60 million (around $74 million at current exchange) into SABRE, which has been matched by Rolls Royce, BAE Systems and Boeing.