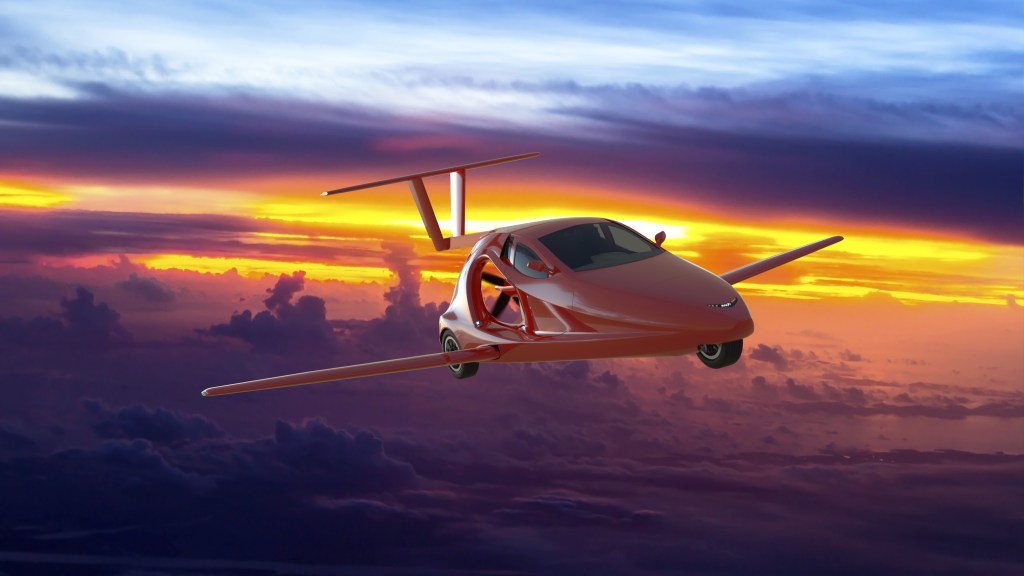 Ten years ago, before he established Samson Motors, in Meadow Vista, Calif., Sam Bousfield was on the verge of developing a prop plane that could break the sound barrier. “I was an architect for 25 years and toward the last part of it, I started doing more and more inventions, because anyone who gets good at something, after a while you start to see how things could improve. Some of my inventions were related to the building-and-construction trade, and some were related to one of my passions, flight. One invention in particular got the attention of some Boeing engineers.”

He began working with those engineers to develop a wing that would enable a prop plane to achieve Mach 1. “We got to the point where we could really do it,” says Bousfield.

Seeking to advance the aircraft from theory to reality, he pitched the idea to Steve Fossett, the entrepreneur, aviator, and adventurer. Bousfield says Fossett agreed to support project, but two months later, he was killed when the light aircraft he was piloting crashed into the Sierra Nevada mountains in California.

Shortly after Steve Fossett’s death, you started working on the Switchblade. What prompted you to do that?

I had to push the reset button and try to figure out what to do. I had this idea, but it takes a guy like Steve Fossett to pull it off. I just got to looking at aviation and said, “What does aviation really need?” In my mind, it needed to be something more useful, something you could use every day, not just something that you do on weekends to spend money. I realized that the future of transportation is in the air. You have The Jetsons, The Fifth Element, Star Wars, Star Trek—almost every TV show or movie that deals with the future sees us all up in the air. I was thinking that’s where we’re headed. But how do we get there? What’s an in-between step that we could do now? Then I came up with the idea for the Switchblade.

Is it called the Switchblade because it can switch from being a car to a plane?

Mostly the name has to do with the way the wings swing out from the belly like the blade of a pocketknife. And they disappear into the body when the vehicle is on the ground.

So when the wings swing in, they’re fully protected?

Yes, and the tail as well. It’s tucked up inside the vehicle’s backend and under the fan. Behind that is the bumper, which you would hit if you were to back into something or someone else were to tap against you.

So when you’re flying, you don’t have to worry that while the vehicle was in the parking lot someone might have bumped into it and damaged the wing without leaving a note on the windshield?

Yes, because that would not be good.

I’ve seen the Switchblade called a flying sports car and a flying motorcycle. Which do you prefer?

We like flying sports car, even though we’re classified as a motorcycle in the United States because of the three wheels. Motorcycle-manufacturing regulations are minuscule compared to those of a car. That’s one reason why we were so thankful that we picked this category when we searched for the most viable configuration for a vehicle.

That will make it easier to pass muster with the Department of Transportation?

You have two sets of rules, the DOT’s and the FAA’s [Federal Aviation Administration]. If one changes when you’re designing or engineering your vehicle, you’re back at the drawing board. But by having the motorcycle regulations, which are less challenging to meet than those for a car, you can focus more on meeting the FAA regulations and still make a go of it.

Initially at least, your plan is to sell this as an experimental aircraft, correct?

Yes. There are two reasons for that, one of which is marketing and sales. There are more experimental aircraft built and registered each year than all certified aircraft combined. It is the biggest selling component of the industry. That’s where you find the people with cutting-edge technology. The guys who want the latest and greatest can’t get it in the certified world, because it takes too long to go through that process. It takes many millions of dollars and years and years of the certification process. And then you’re fixed. You can’t change the design.

So by presenting the Switchblade as an experimental aircraft, you don’t have to wait for the FAA to certify it before putting it on the market.

Correct. Even if we sought certification as a light-sport model, it would still be a pretty small box we’d have to fit it into. A light-sport aircraft cannot fly faster than a certain speed. It has to be able to land at a certain minimum speed. It can’t exceed a certain weight. We wanted to find the biggest box we could, the biggest space in which to operate. Experimental is that box for the air and motorcycles for the ground.

Is it true that you’re hoping to make the first flight by the end of this year?

Yes, by the end of this year. We’re pushing it back a little. We wanted to do it in the fall, but I think we’re going to push harder to get our final transmission before we make the first flight. I researched all over eBay, but nobody has a flying-car transmission, so we had to design our own, and that takes a little bit of time.

Did you try Walmart?

I didn’t check there, but I doubt they have one. Ours is a really nice, high-speed automated manual. You can get up to takeoff speed in just seconds because the Switchblade has the power-to-weight ratio of a 2017 Corvette. So you can use shorter runways, or you can have more airfield in front of you to handle any emergency that crops up.

The specs say the Switchblade will accelerate from zero to 60 mph in 6.5 seconds and travel at more than 100 mph on the ground. In the air, it will cruise at 155 mph and reach a top speed of 175 mph. Are those figures still accurate?

Wind tunnels and ground testing have proven our performance goals. We used the wind tunnels that Boeing and Cessna and everybody else uses to establish within 3 percent what the actual speeds will be. On the ground, we used Road & Track’s standard slalom course: eight cones 100 feet apart. We beat the times of everything in their database with a similar wheelbase. We had three wheels and others had four, but we beat everything.

What are the dimensions of the Switchblade?

It’s 16 feet 9 inches long, just slightly longer than a Honda Accord, and it’s about 6 feet wide, which is the same as a typical automobile.

So it will fit in a garage?

Absolutely. It will fit right into a normal-size home garage.

The cost is $140,000, and that includes the engine, the transmission, and the optional builder-assist program. How much interest have you received from customers or prospective customers?

We’ve pre-sold 60, and 90 percent of those include the builder-assist program. With the program, if you can spend three weeks with us, at the end you’ll have a fully completed vehicle off the assembly line—with quality-control checks along the way—and all the paperwork filled out for your registration. It’s a complete package. We have about another 240 orders on a reservation list, and we’re offering 200 Limited Edition models.

What are the Limited Editions?

They start at $500,000. Each of these vehicles will be a unique creation, with aesthetically crafted interiors and exclusive exterior features for each owner. Although, this is an aircraft, and so there are certain limits on what we can do.