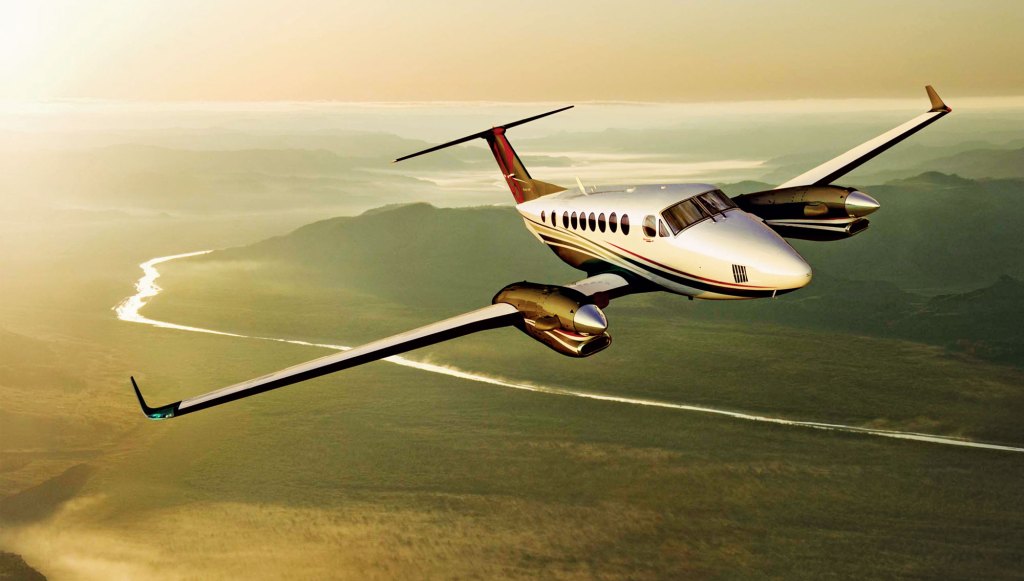 Six years ago, the U.S. Department of Defense made what could have seemed like a curious purchase under the circumstances, or under any circumstances. With the country engaged in wars in Iraq and Afghanistan and with the economy heading into a recession, the department acquired a four-year-old, $5 million Beechcraft King Air 350 whose cabin featured exotic-wood veneers, polished-chrome details, and a drink cabinet embedded with rubies. If that was not enough to catch the eyes of government watchdogs, the department purchased seven other pre-owned King Air 350 planes, including one that was equipped with a high-end audio system and a high-definition television screen.

As noted in “Long Live the King”, our report on the personal-aircraft and business-prop markets, Beechcraft is celebrating the 50th anniversary of the King Air’s maiden flight this year. This fifth-annual Private Aviation Sourcebook from Robb Report also includes features on jets designed for pilot-owners (“Joining the Jet Set,” page 180), the new generation of ultralong-range jets (“They Keep Going and Going and Going…” ), and the development of supersonic business jets (“Lowering the Boom”).

Not a jet, but a twin-engine turboprop, the top-of-the-line King Air 350i is an upgraded version of the 350 that went into production in 2009. It embodies the durability, fuel-efficiency, and versatility that have made the King Air models such popular business aircraft. These qualities also make for a good spy plane.

Shortly after Beechcraft announced the 350i, the defense department, seeking to improve the intelligence, surveillance, and reconnaissance—ISR—support for ground troops in Iraq and Afghanistan, ordered as many as 30 examples. They would be brought in to supplement the military’s unmanned drones, which were in short supply at the time.

Beechcraft began delivering the planes by 2010. They came off the assembly line with extra fuel capacity to extend their range and essentially bare cabins. A defense-department contractor then fitted each plane with a camera that could provide video to the troops on the ground and sensors that could eavesdrop on enemy communications. Called MC-12s, the planes were designed to carry four people: two pilots, an airman to operate the camera and sensors, and a cryptologist to analyze the information that the plane collected.

According to military personnel, the planes, because the crew members were in constant radio contact with the troops below, presented an advantage over the drones, whose operators were in the United States and could not communicate as rapidly with the commanders on the ground. “If you’ve got a convoy that you know is going into harm’s way, you’re going to need a lot of interaction with those ground forces, and generally the MC-12 is going to be the one you’d pick for that,” a U.S. Air Force intelligence official told the New York Times.

The value of these planes was deemed so great and the need for them so pressing that the defense department decided it could not wait for Beechcraft to build and deliver the new aircraft, even though eight of the company’s customers allowed the military to move ahead of them in the production schedule and recession-related order cancellations vacated seven other delivery spots.

Instead, the defense department turned to the secondary market. There it acquired the eight older, pre-owned King Airs and had them retrofitted with the spy gear—after scrapping the wood veneers and drink cabinets, and removing the audio systems and TV screens to make way for the listening devices and video cameras.