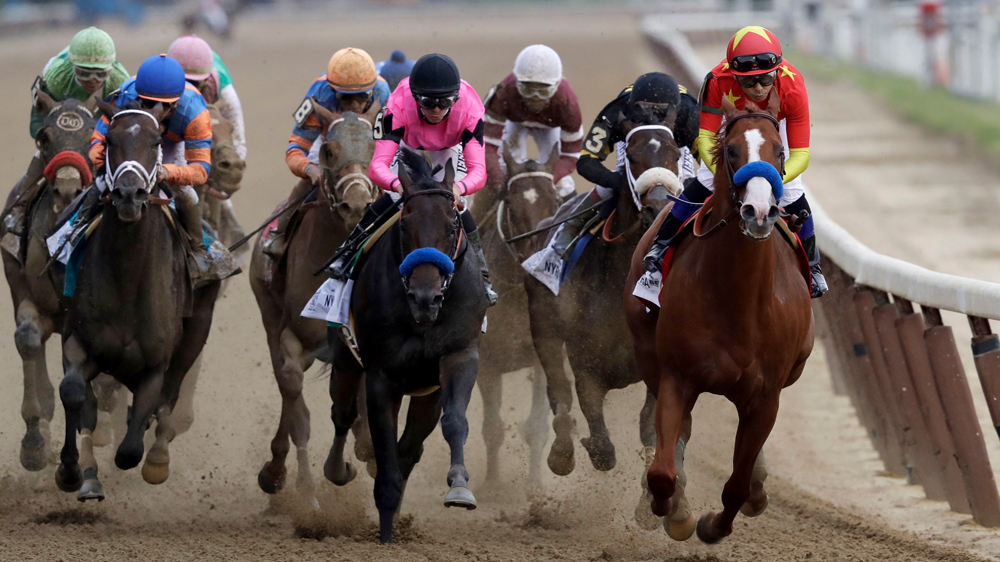 Though neither of the Thoroughbreds that Sentient Jet sponsored was able to win the Belmont Stakes on June 9 and prevent Justify from claiming horse racing’s Triple Crown, it was still a good day for the jet card company. One of those horses, Gronkowski, finished second after nearly catching Justify on the homestretch. “Gronkowski came from behind, which was pretty incredible—and fitting,” said Andrew Collins, Sentient Jet’s president and CEO. Collins watched the race from the grandstand in the company of the horse’s namesake, New England Patriots tight end Rob Gronkowski, a Sentient Jet client who has been involved in more than a few memorable comebacks during his NFL career.

Thrilling as that experience was for Collins, the company’s association with the fifth-place horse, Tenfold, is more noteworthy. The relationship between Tenfold’s owner, Winchell Thoroughbreds, and Sentient Jet began this season with the Kentucky Derby when Sentient Jet sponsored Winchell’s horse Combatant. It continued at the Preakness—the second leg of the Triple Crown—and the Belmont Stakes with the sponsorship of Tenfold. Through Winchell Thoroughbreds, Sentient Jets was introduced to Homes For Our Troops, a nonprofit that the stable would be promoting through Combatant and Tenfold and their presence at the Triple Crown races.

Homes For Our Troops (HFOT) builds specially adapted custom homes throughout the country for severely injured post-9/11 veterans. Since its establishment in 2004, HFOT has built more than 250 homes in 42 states, spending nearly 90 cents of every dollar it receives directly on those projects. In the five weeks between the Kentucky Derby and the Belmont Stakes, HFOT received more than $50,000 in donations, presumably due to the added exposure it received through the Winchell horses’ competing in the Triple Crown races.

Sentient Jet has been a corporate partner of the Kentucky Derby for the past three years and has sponsored other Thoroughbreds, including Nyquist, which won the Derby in 2016, and Looking at Lee, which was the runner-up last year. Like HFOT, Sentient Jet is based in Massachusetts. “We felt like we had built a big platform [in horse racing], and if we could help somebody through that platform, it would be just as sweet as winning the Derby or winning the Preakness,” said Collins. “So when the opportunity to be involved with Homes For Our Troops came, that was fantastic. We looked at some of the accomplishments of the veterans who have benefited from the organization, and that attracted us. You have some unbelievably successful business people and folks who have done things like climb Mount Everest. [In 2016, Marine Staff Sergeant Charlie Linville became the first amputee veteran to reach the top of Mount Everest.] It’s just amazing. And then when we found out it was based right in our backyard in Boston, that sealed that deal for us.”

In addition to sponsoring the horses that raised the profile of HFOT, Sentient Jet hosted groups of veterans associated with the organizations at the Triple Crown races, giving them exclusive prerace tours of the facilities and introducing them to some of the key players at the events. At the Kentucky Derby, the veterans visited with Justify and met the horse’s legendary trainer, Bob Baffert. At the Preakness and Belmont Stakes, they spent some time with Steve Asmussen, the trainer for Combatant and Tenfold.

“We were able to bring a number of these veterans, who sacrificed for the country, to the races and get them behind the scenes to let them meet everybody,” said Collins. “So I think they really got the taste of the racing environment from an insider’s perspective, which was neat.

“Being involved with the races and sponsoring the horses has been great for us,” he continued. “There’s a logical connection between horse racing and our clientele. They have a high affinity for it. And our ability to raise the awareness of an organization like Homes For Our Troops is important. It’s also fun when we do something like working with Rob Gronkowski, because how often does that happen?”