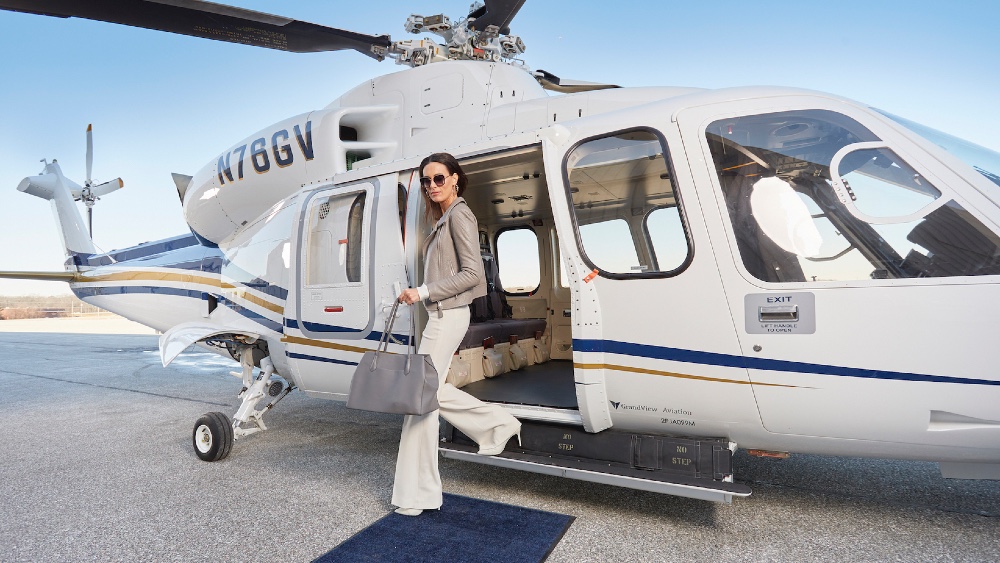 “Fly Lindy is inspired, in part, by the ‘Lindy Effect,’ essentially, a belief that what has been around, will stay around longer,” Jessie Naor, COO of GrandView Aviation, told Robb Report. “We’re not a new ‘tech’ company trying to aggregate the market; we’re a tried-and-true aviation company that owns our assets and operates them.”

Naor said the company has grown by 164 percent since 2017, ranking among the top 30 companies in the Baltimore area. GrandView operates helicopters in Texas and Maryland, where it owns the Pier 7 Heliport in Baltimore, the state’s only public-use heliport.

The five-passenger Bell 407 GXi will be the smaller of two helicopter models flying the commuter route.  Courtesy FlyLindy

Fly Lindy will bookend the work week with flights starting at 7 am on Mondays and Fridays—including holidays—from Baltimore to DC, a 20-minute flight, and on to New York City, a 90-minute flight, returning to Baltimore at 5 p.m., via DC. Fly Lindy will use Sikorsky S-76D or Bell 407 GXi helicopters. The Bell helicopter carries up to five passengers and the Sikorsky up to 12.

The Sikorsky will carry more passengers and be able to fly through more challenging weather.  Courtesy FlyLindy

The selection of the right aircraft for the right market was critical for offering flights from DC to New York. “A helicopter option is so much faster, but it really hasn’t been affordable for anyone with a net worth under $30 million,” says Naor. “By sharing the aircraft, we’re bringing in a much larger group of consumers to this space.”

Naor noted that traditional helicopter market prices can run to $10,000 per flight; Fly Lindy passengers will pay $1,500 each way.