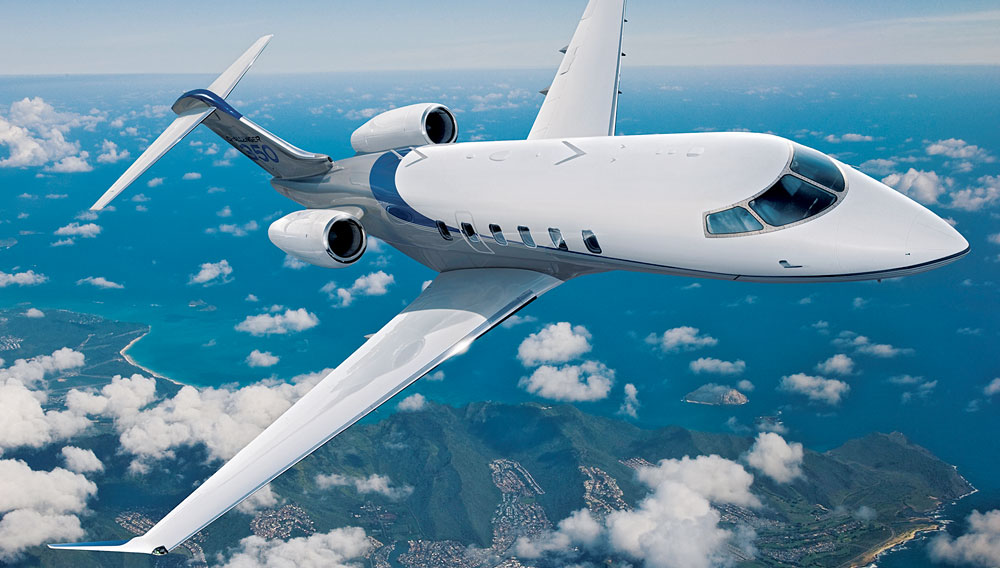 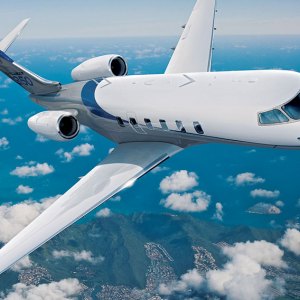 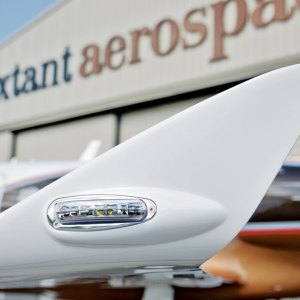 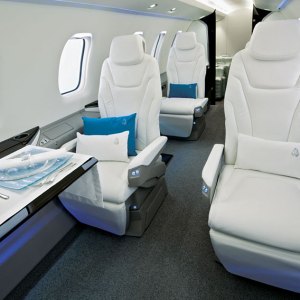 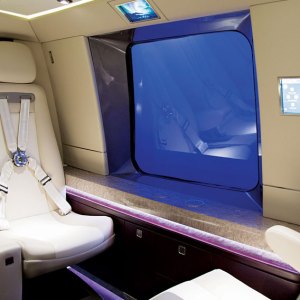 The annual European Business Aviation Convention & Exhibition (EBACE), held in May in Geneva, served as the stage for Bombardier to present a new super-midsize jet and for Pilatus, a company that has been producing planes for more than seven decades, to announce that it was building its first jet. Also during the three-day event, which is Europe’s largest business-aviation trade show, Nextant announced that it was upgrading its remanufactured jet, and Eurocopter unveiled its new helicopter and the premium interiors that are available with it.

The Next Jet ✪

Nextant Aerospace has introduced a major upgrade to the 400XT, a remanufactured jet based on the Hawker Beechjet 400A/XP airframe that Cleveland-based Nextant has been selling since 2011. The new remanufactured jet, the Nextant 400XTi(216.261.9000, www.nextantaerospace.com), is equipped with the same powerful Williams engines and Rockwell Collins Pro Line avionics as its predecessor, and the same updated engine nacelles and pylons that extend the aircraft’s range to about 2,300 miles.

The 400XTi features a new composite cabin shell that leaves additional headroom and shoulder room, making the most of the aircraft’s squared-oval cabin design. This shell also provides extra insulation for a quieter flight. In the cockpit, a new auto-throttle reduces pilot workload while saving fuel. The wings feature raked winglets that add to the jet’s efficiency.

Nextant will deliver the $4.95 million 400XTi as a new aircraft with all of its major components refurbished or replaced and a full two-year warranty. Fractional-share and membership provider Flight Options, which is owned by the same investment group that owns Nextant, plans to take delivery of as many as two dozen of the jets over the next three years.

Recognizing that an aircraft’s cabin amenities can be as big a selling point as its performance, the Canadian manufacturer Bombardier gave the cabin of its popular super-midsize Challenger 300 a thorough makeover for the new Challenger 350 (514.861.9481, www.businessaircraft.bombardier.com). The 350’s cabin is more than 7 feet wide, and its windows are two inches larger than the 300’s. It features new in-flight entertainment and cabin-management systems, a new modular galley, leather seats, wood finishes, and metal trim.

Fractional-aircraft-share provider NetJets has ordered 75 of the $25.9 million jets and will take delivery of the first ones produced. Bombardier expects deliveries to begin toward the middle of next year. The company will continue to offer the 300, so the new model will expand the Challenger line to four jets.

Two new Honeywell engines boost the Challenger 350’s power by about 15 percent compared to the 300’s. Canted winglets increase the wingspan, helping make the 350 the quickest climber in Bombardier’s fleet; the aircraft takes just 18 minutes to reach a cruise altitude of 41,000 feet. It cruises at speeds as fast as 541 mph and can carry as many as eight passengers for 3,682 miles.

With twin-jet performance and reliability, a roomy cabin, a huge cargo door, and the ability to take off from and land on short runways or even packed-dirt landing strips, the new Pilatus PC-24(877.578. 8583, www.pilatus-aircraft.com) is the Swiss Army knife of aircraft. This is the first jet from Pilatus, the 74-year-old manufacturer headquartered in Stans, Switzerland. The aircraft, which can be flown by a single pilot, has a range of 2,200 miles, and it cruises at 489 mph. That is more than 150 mph faster than the cruise speed of the company’s popular PC-12 NG turboprop.

Deliveries of the PC-24 are on track to begin in 2017. Pilatus will start taking orders for the $8.9 million jet early next year.

The 500-cubic-foot cabin of the PC-24 is the roomiest in the light-jet category and the only one with a flat floor. It carries as many as 10 passengers in seats that can be added or removed in just a few minutes. The cabin’s aft partition is easy to move, so travelers can choose how much space to allocate for cargo, which they can access during flights.

The jet is agile enough to land on runways as short as 2,525 feet, which gives it access to small airports that may be closer to travelers’ destinations.

Available in VIP and executive versions, the new medium-class twin-engine Eurocopter EC175 (800.873.0001, www.eurocopterusa.com) features a 434-cubic-foot cabin, a cruise speed in excess of 170 mph, and a range just beyond 690 miles.

The VIP version, which seats six to eight passengers, is offered with a choice of three interior-design motifs created by Pegasus Design, the London-based completions firm that specializes in interiors for yachts and private jets. The look of the Rhapsody cabin is inspired by modern sports cars; the Symphony has a contemporary French flair; and the Allegory is intended to evoke a European villa. The executive version of the EC175 accommodates nine to 12 passengers. Both iterations of the aircraft have big, square windows that allow natural light to flood the cabin. Both versions will be priced at about $22.5 million.

Eurocopter began designing this model from the ground up eight years ago; the first prototype flew in 2009. Certification of the EC175 in the United States and Europe is expected in early 2014, and the company plans to begin initial deliveries soon thereafter. The first VIP delivery is scheduled for 2015.