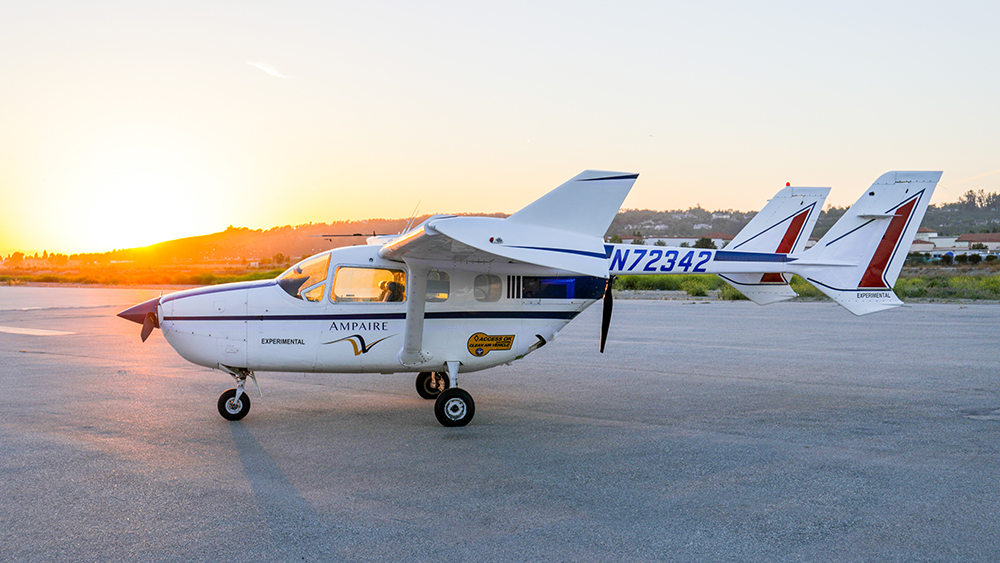 Ampaire’s mission is “to be the world’s most trusted developer of practical, compelling electric aircraft,” and it appears that this is not a pie-in-the-sky goal. To start, the Los Angeles–based company is retrofitting existing passenger aircraft to electric power—the quickest and most cost-efficient way to make commercial electric air travel a reality ASAP.

This week at the EAA AirVenture aviation “celebration” in Oshkosh, Wis., Ampaire is accepting letters of intent from general-aviation pilots for its Electric EEL hybrid-electric aircraft. The EEL is a retrofit six-seat Cessna 337 Skymaster with a conventional-combustion engine plus an electric-motor/battery-pack drivetrain. The company reports that it already has more than a dozen letters of interest from regional airlines and charter providers.

“The Ampaire Electric EEL is the first step in bringing lower emissions, lower operating costs and quieter operations to general aviation through electrification,” says company CEO Kevin Noertker. “The original Cessna 337 provided great utility, and this hybrid-electric conversion retains those advantages while reducing fuel cost and maintenance by about 50 percent.”

The refit Cessna 337 Skymaster uses a battery-powered electric motor that replaces a combustion engine of the aircraft’s original two-engine configuration. The result is a parallel hybrid, meaning the internal combustion engine and electric motor work together to optimize power output as the plane flies. In hybrid configuration, the aircraft saves a significant amount of greenhouse-gas emissions as well as a reduced operating cost.

The Electric EEL made its first test flight in June and is now undergoing systems evaluations. It has successfully flown missions longer than an hour and has demonstrated single-engine climb on each power plant. This test program—which will also test additional propulsion packages—will take roughly 30 months, culminating in supplemental type certification (STC) by the end of 2021.

Choose from four to six seats.  Photo: Courtesy of Ampaire

Those interested in picking up their own Electric EEL will be able to choose from two versions: one with an avgas-burning Continental IO-550 310 hp piston engine and a 215 hp electric-propulsion system, and the other with a Continental CD-300 Jet A diesel 300 hp engine and the same 215 hp electric system. Both pressurized and unpressurized versions are available. Winglets and STOL kit are standard. Clients may choose from a four- or six-seat interior configuration. And don’t think you need to pay more for innovation: The Electric EEL will be cost-competitive with comparable current-production piston twins, Ampaire assures.

“This is something new and exciting in general aviation—twin engine redundancy and performance on as little as 10 gallons per hour in cruise flight,” says Noertker. “Plus the opportunity to reduce your environmental footprint and still enjoy the freedom and flexibility to fly as you wish.”

Seattle-based companies AeroTec and magniX are also working on an electric aircraft. They are currently developing a magniX propulsion configuration on a Cessna Caravan  and will begin test flights by the end of 2019.