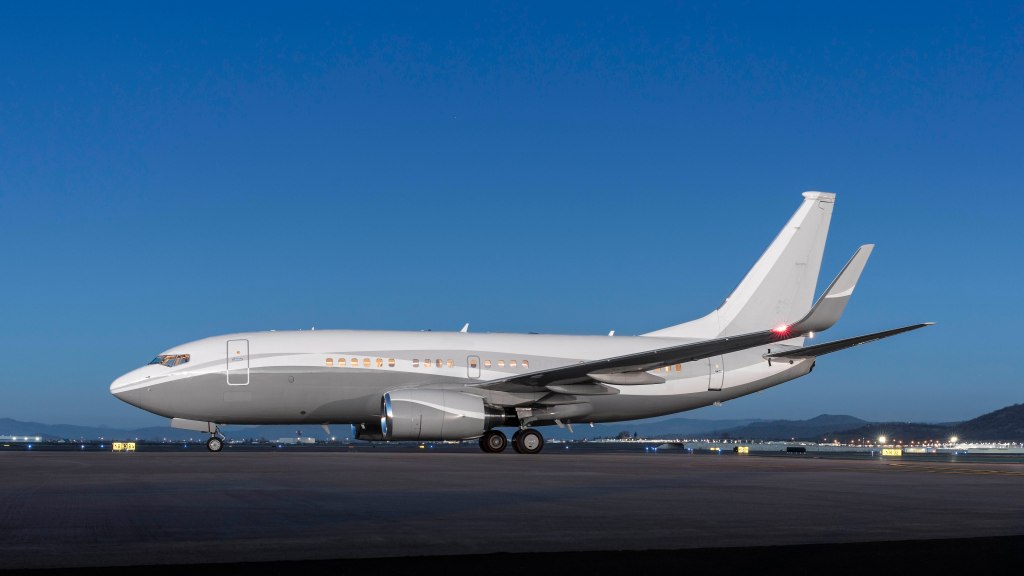 With their size, amenities, and capabilities, Boeing Business Jets are alluring aircraft for charter customers, but they’re also elusive, says Jason Middleton, the CEO of Silver Air, an aircraft-management company based in Santa Barbara, Calif., that recently began managing a BBJ. They’re elusive not just because of the price. “The BBJs and any ultra-high-end airplanes—the [Gulfstream] G650s or G550s—have high owner restrictions on them,” he says. “The owners are super involved, and there’s a big process to secure and book one of these airplanes for a trip.”

Scarcity also contributes to the challenge of booking a BBJ, says Middleton. “There’s one other BBJ in the country that’s available for charter, and it’s available maybe a handful of days out of the year, because the owner keeps a tight, tight watch on it and uses it a lot, too.”

That’s not the case with the BBJ that Silver Air manages and exclusively offers for charter. Its owner, an investment group with a portfolio that includes several other aircraft among its holdings, would like the aircraft to be in the air as often as possible. “Our owner group wants the asset to run,” says Middleton. “They’ve given us full rein. We have full operational authority. The decisions about whether or not to run a trip are made within these walls. That’s very unusual in this world.”

Middleton says Silver Air has begun accepting bookings for domestic flights for as early as mid-March and expects to begin offering international flights by mid-April. The price for a round-trip flight from Los Angeles (the aircraft will be based at Van Nuys Airport) to New York is about $170,000, which, Middleton says, is roughly $30,000 more than the charter price for a roundtrip coast-to-coast flight on a G650. The company has received interest from the entertainment industry, says Middleton, and has already booked two music tours for this summer. He says Silver Air has also been contacted by casinos interested in using the BBJ to provide transportation for their highest rollers.

The BBJ is based on the Boeing 737, an airliner that can seat about 150 passengers. Silver Air’s BBJ has a range of more than 7,200 miles (6,279 nautical miles)—enough to fly from Los Angeles to London nonstop—and it seats 16 and sleeps 10, including two in the aft master suite. The cabin is 10.5 feet wide, 7 feet tall, and nearly 80 feet long. In addition to the bedroom, which includes its own bathroom and shower, the cabin features a private office, a conference table, and a full galley.

“You could run a board meeting in the airplane and be very comfortable,” says Middleton. “You have everything you need in there to run an office. It has global Wi-Fi, so you can get high-speed Internet anywhere on the planet. It’s got a huge galley, so we can bring in a chef who will have room to prepare really good meals on board.

“The cabin is going to be set up like a Four Seasons hotel suite,” he continues, “with ultra-high-end linens, and robes and slippers in the closet, and all the amenities you want in a luxury hotel room—plus everything you want in a private jet.”

Middleton says his favorite feature of the BBJ is the shower. “This airplane actually has two showers,” he says. “It’s a cool feature to have, because say you take a red-eye commercial flight from L.A. to New York to have a business meeting the next day. You can sleep on the plane, but you’ve got to go to the meeting un-showered. With the BBJ, you can go to sleep in a real bed, get up, have some breakfast, take a shower, put on your suit or dress, and walk off the airplane like you’ve just stepped out of a Four Seasons hotel suite.”