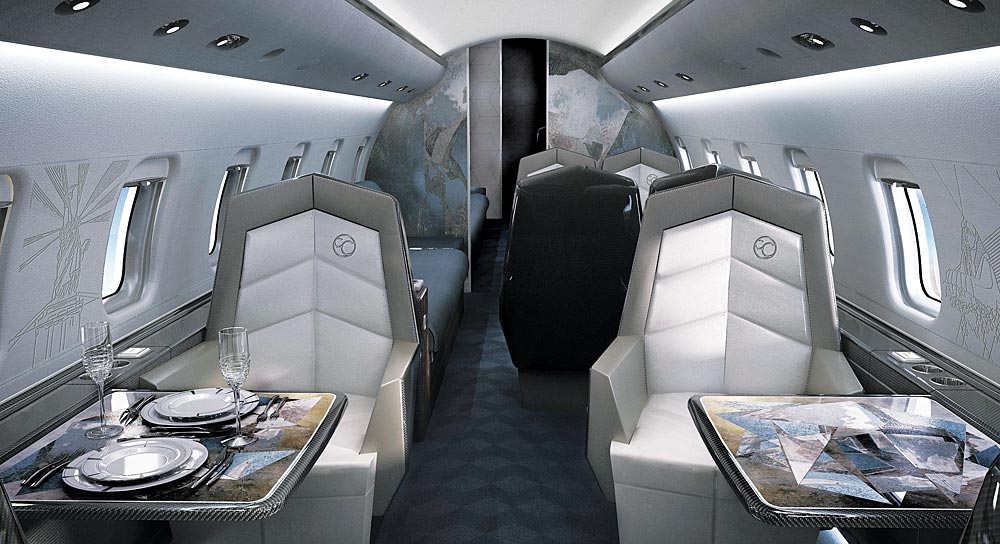 “Today’s billionaires want a 360-degree luxury-brand experience that is totally unique to them and to their lifestyle,” says Candy & Candy owner Nick Candy. “They want the design of their apartment, house, superyacht, and, more recently, private jet and helicopter to reflect the same quality and innovative design.” Candy’s British design firm is working on its first line of private-aircraft interiors, including futuristic design schemes for a Bombardier Challenger 605 and a Global Express XRS jet, as well as an Augusta Westland AW139 helicopter. All three are currently in production, with the Challenger scheduled for an early 2009 delivery and the Global Express and AW139 due in April 2010.

“We’re known for creating designs for residences, chalets, and country homes,” Candy says. Five years ago, his firm began designing yachts. Now, with the move into private aviation, Candy & Candy will offer design services on land, at sea, and in the air.

Candy’s plans for the Global Express plane call for two bulkhead-divided cabins—a flexible lounge that converts into a boardroom, and a separate bedroom with a kitchen and bath—all conceived in shades of gray, slate blue, and off-white. There will be leather-and-suede-upholstered seating and rich stained-wood veneers throughout the cabin, which will also include materials like carbon fiber inlaid with polished nickel for tabletops, and embroidered leather on the walls. Candy will use many of the same design elements in the helicopter, which will feature a custom-made boardroom table containing a 23-inch, double-sided, pop-up plasma screen.

“Obviously this is a very stark, contemporary design, but if somebody had a New York apartment with a more classic look—or a country home—and wanted something similar in the back of their jet, we could do that, too,” Candy says. “The idea is to show continuity of design, but at the bespoke level.”