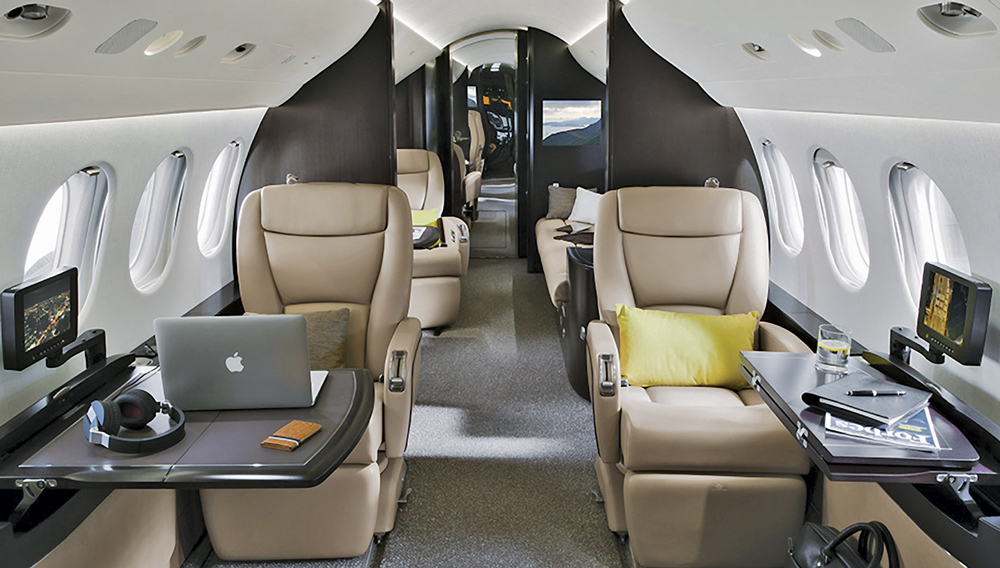 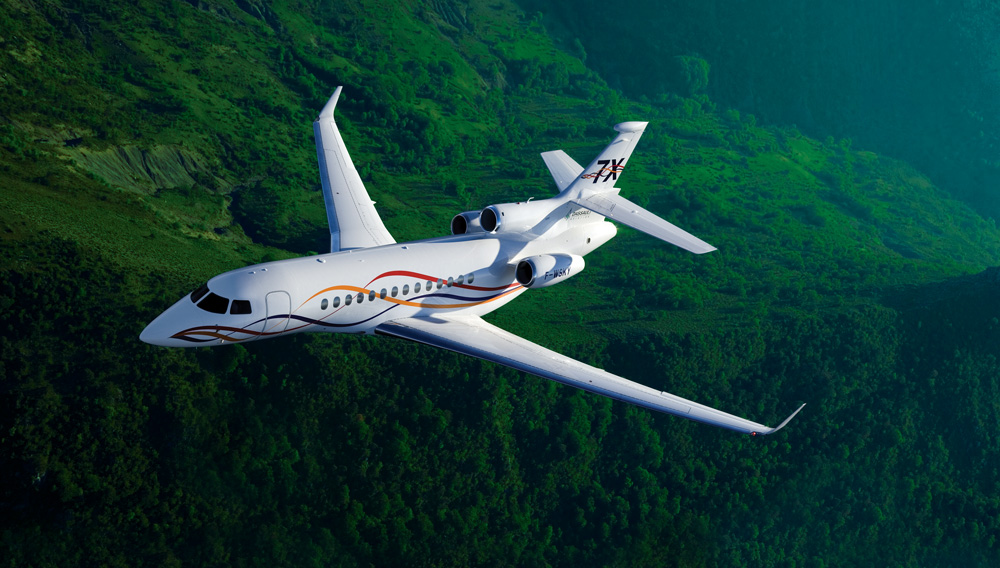 The three-engine configuration of the Dassault Falcon 7X (dassault falcon.com) is among the features that distinguish the aircraft from others in its class. In addition to being a safety feature, the third engine provides additional thrust. The 7X can reach a maximum operating speed of 594 mph and slow to just 120 mph on final approach. That low speed allows the aircraft—which burns about 15 percent less fuel than comparable jets—to land on runways as short as 2,070 feet. When it was introduced in 2005, the 7X was the first business jet equipped with fly-by-wire technology, which gave pilots better control over the pitch of the aircraft.

The 7X’s range of 6,851 miles is slightly less than those of other jets in this category, and the cabin, at 39 feet long, is shorter. However, the cabin’s width (7 feet 8 inches) does provide ample elbowroom, and its height (6 feet 2 inches) offers sufficient headroom for most travelers. The 7X’s price is $53.8 million.