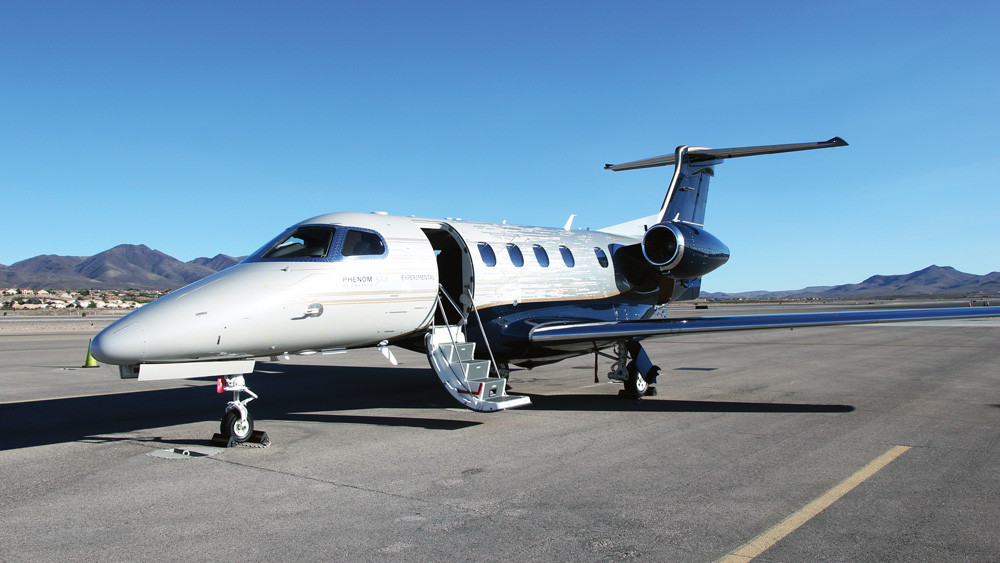 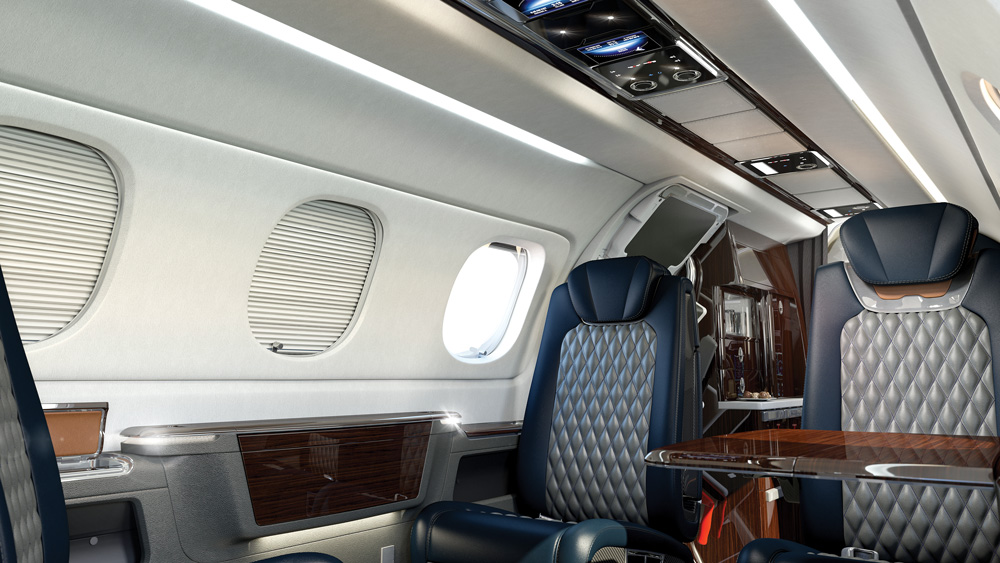 Embraer has begun deliveries of the enhanced (thus the E) version of what has been the world’s best-selling light jet and one of the most popular business jets overall for most of this decade. Last year marked the sixth straight year that the Phenom 300 was the most-​delivered light jet.

Priced at $9.45 million, the 300E has the same performance capabilities as the 300 (2,270-mile range and 521 mph cruising speed), but a redesigned cabin with a new cabin-​management and in-flight entertainment system by Lufthansa Technik. The system is contained in a panel that runs along the centerline of the ceiling and includes two seven-inch wing-down displays. Reading lights and fans have been moved into the panel to create more headroom above the seats.

The cabin design is based on the new interiors of Embraer’s midsize Legacy 450 and Legacy 500. Seats now have broader backs and extendable headrests and leg rests.