The Dutch entrepreneur Peter Kütemann says that his aircraft receives compliments wherever it lands, and not just because it is a Dassault Falcon 2000LXS (dassaultfalcon.com), a large-cabin business jet that has a cruising speed of 508 mph and can fly nonstop from New York to Paris. Kütemann, whose business, Dietsmann, operates and maintains oil, gas, and power plants for companies throughout the world, has his jet decorated with an unusual paint scheme that his wife designed. “I don’t like bland-colored airplanes,” he explains. “I wanted to give mine a personal touch.”

The design features dozens of circles of various sizes, each a shade of green or gray, that suggest Champagne bubbles. “The airplane is lighter than air, and bubbles are filled with air and float upward,” says Kütemann. “The aircraft also is equipped with the latest avionics, and I wanted to give it a 21st-century feel in line with its technology.”

Dassault Falcon’s in-house team executed the design. They used a 3-D simulator to project the bubbles onto a white model of the jet to see exactly what the scheme would look like before it was painted on the airframe. “It looks fantastic,” says Kütemann. “We’ve never regretted it.” 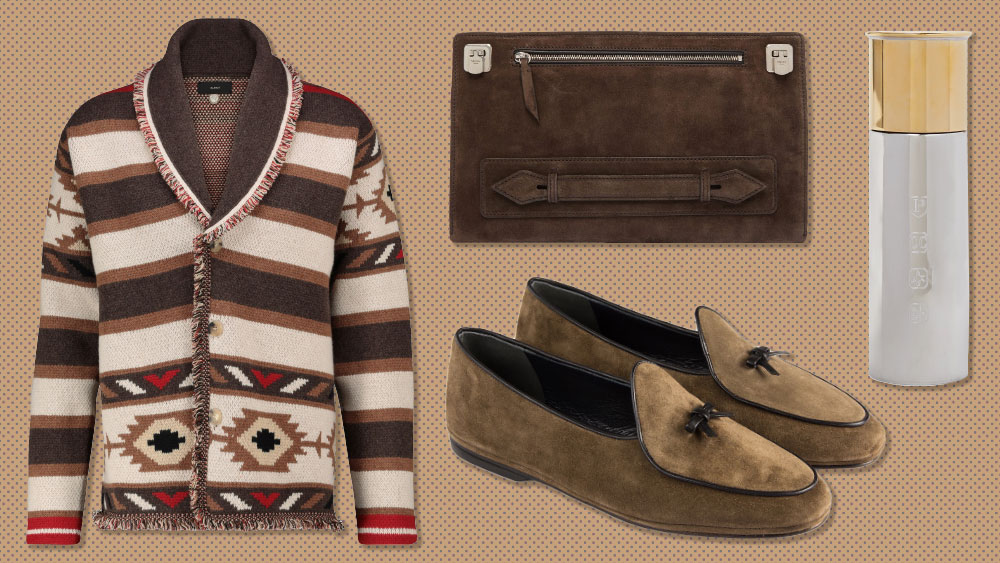 Menswear 17 Luxurious Gifts for the Most Stylish Man You Know

Imax Chief on ‘Tenet,’ ‘Wonder Woman 1984’ and How the Company Is Handling Coronavirus